Totaling 187 boxes, the archive contains newsroom files from Newsweek and The Washington Post; a large volume of professional and personal correspondence spanning the late 1950s to the early 2010s; manuscript drafts and research materials for his autobiography A Good Life and other writings; a complete set of desk diaries for the years 1965 to 2008; transcripts of speeches; and subject files of clippings and correspondence about people and topics that piqued Bradlee’s curiosity, from Muhammad Ali to Watergate.

Ben Bradlee (1921–2014) is one of the best-known American newspaper editors. During his tenure as editor from 1965 to 1991, The Washington Post became one of the world’s preeminent daily papers. His leadership in publishing Daniel Ellsberg’s Pentagon Papers and Carl Bernstein and Bob Woodward’s reporting on the Watergate scandal established important precedents for freedom of the press and reinvigorated investigative journalism. The recurring issues that Bradlee grappled with in his professional papers, writings, and speeches—such as ethics in journalism, the relationship between government and the press, and fairness and inclusivity in the newsroom and news coverage—remain of vital interest today. The papers housed at the Center document an epoch in newspaper journalism, illuminate still-relevant themes, and reflect the charismatic personality of the man himself. Bradlee’s correspondence and memoranda crackle with irreverent wit and, at times, startle with disarming candor.

The materials in the Benjamin C. Bradlee papers complement the Center’s existing holdings in the Bob Woodward and Carl Bernstein Watergate papers. An online finding aid contains a complete list of folder titles and index of correspondents. Here is a brief selection of documents from the Bradlee papers. 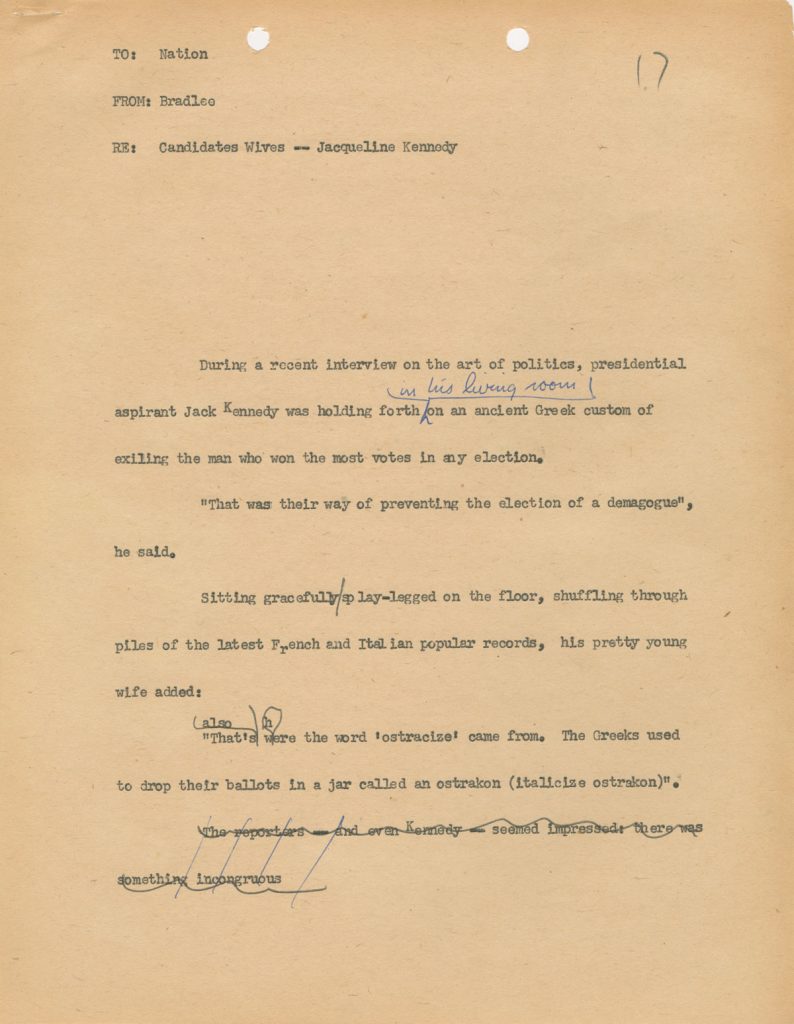 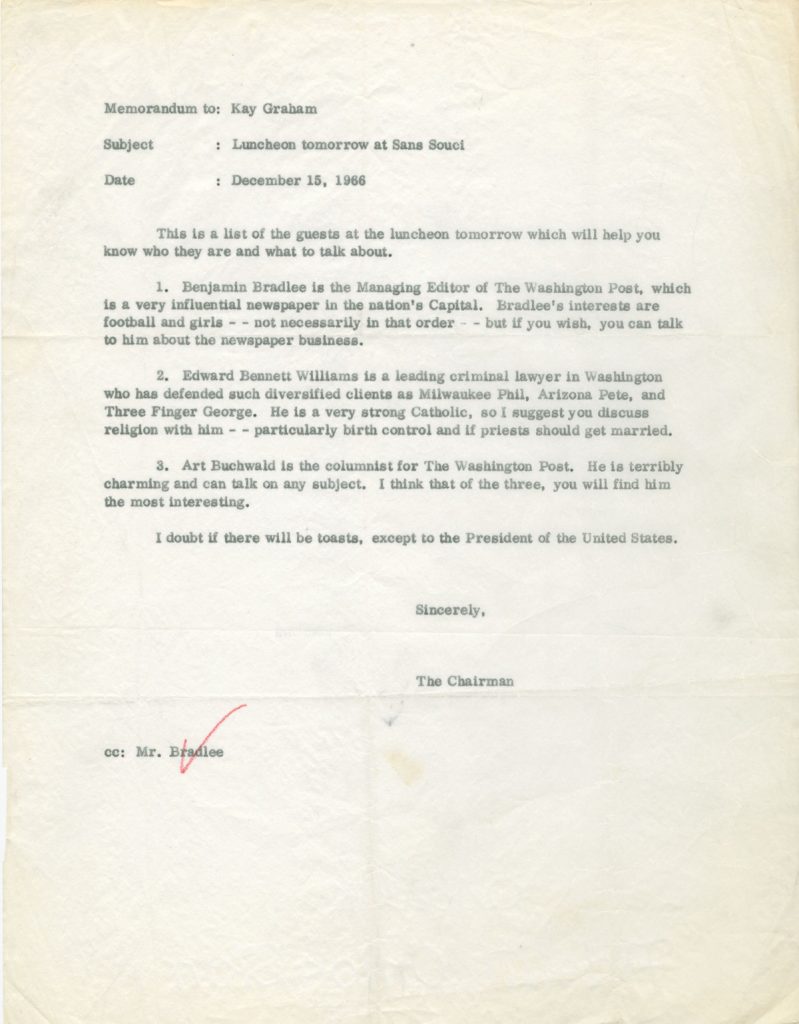 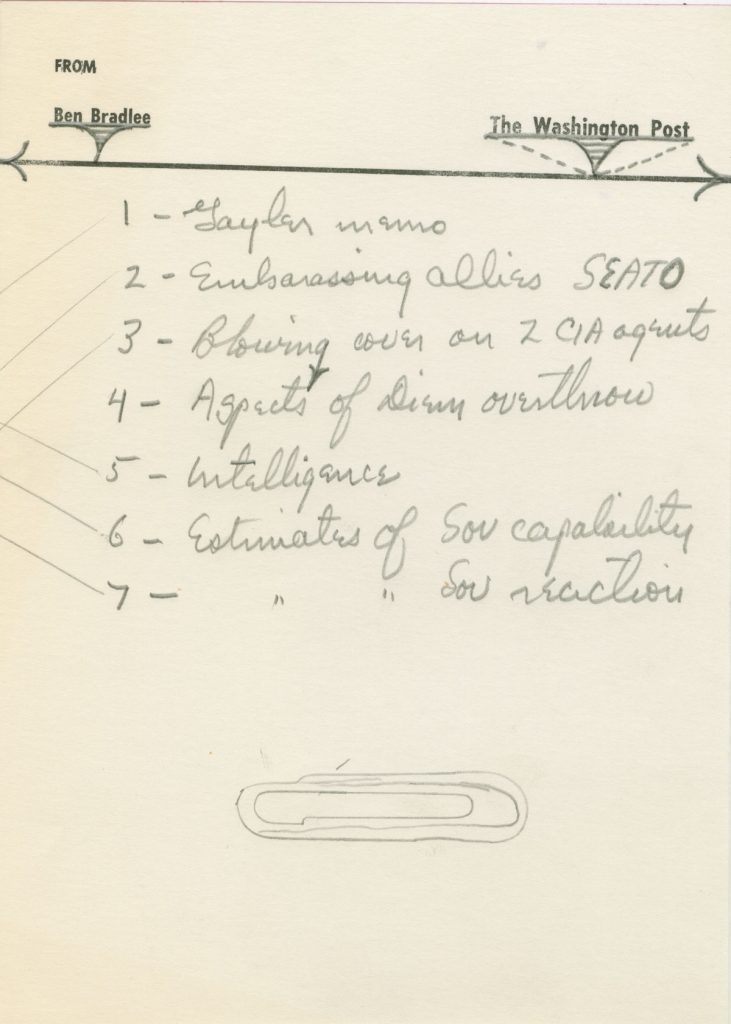 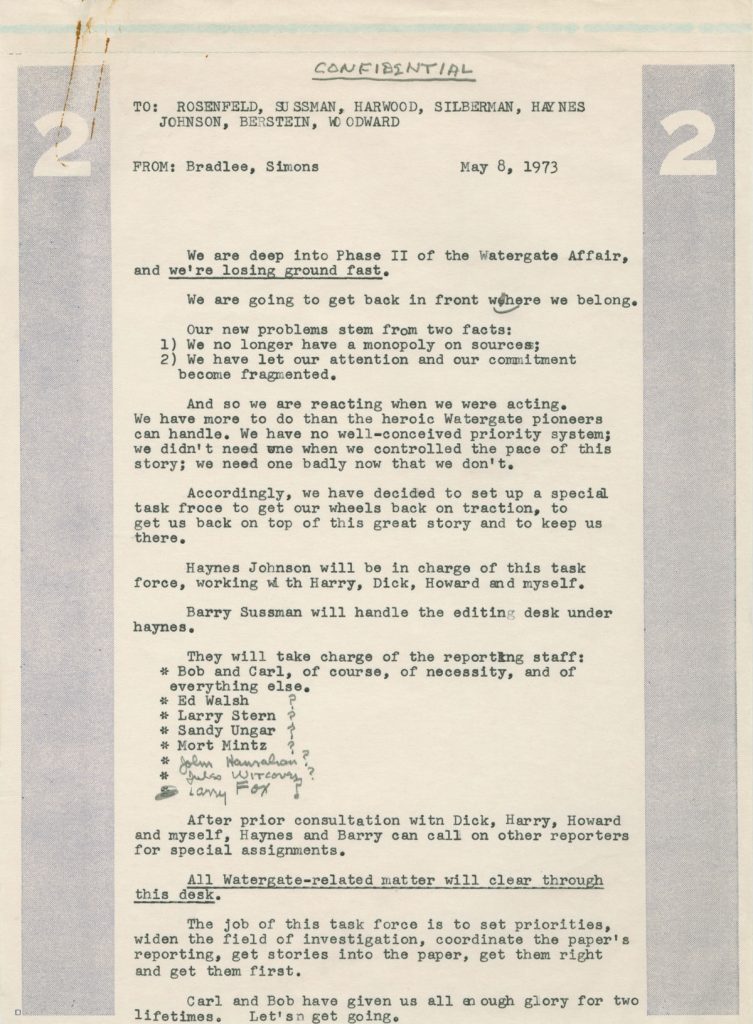 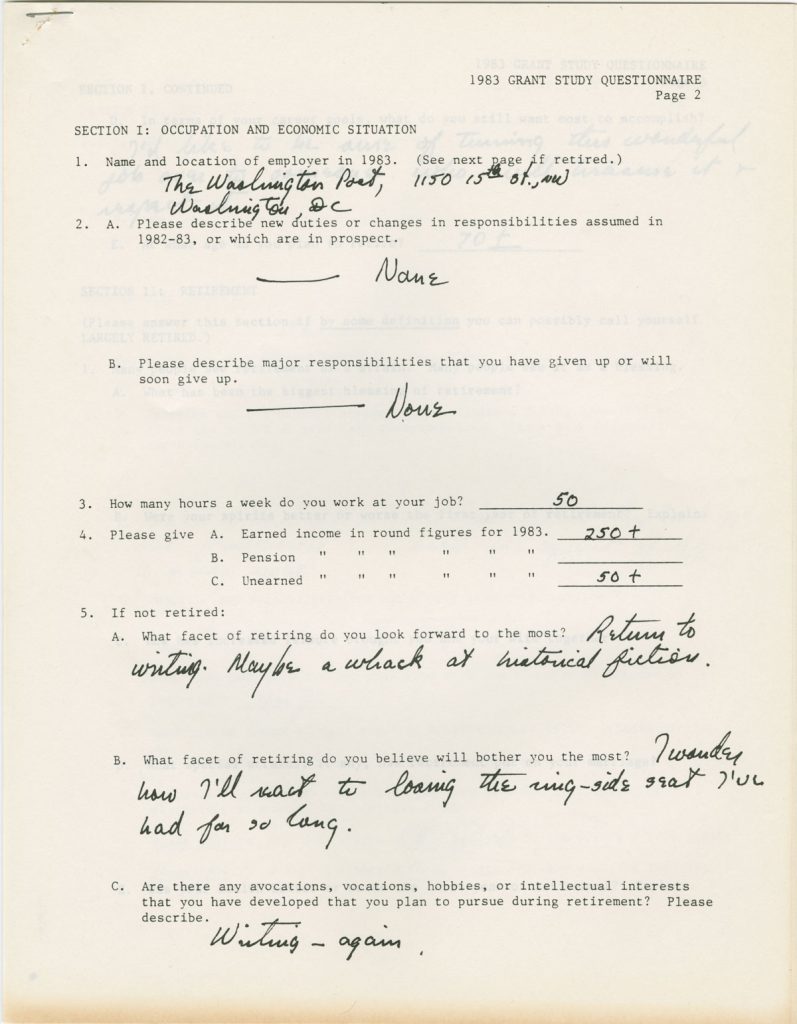 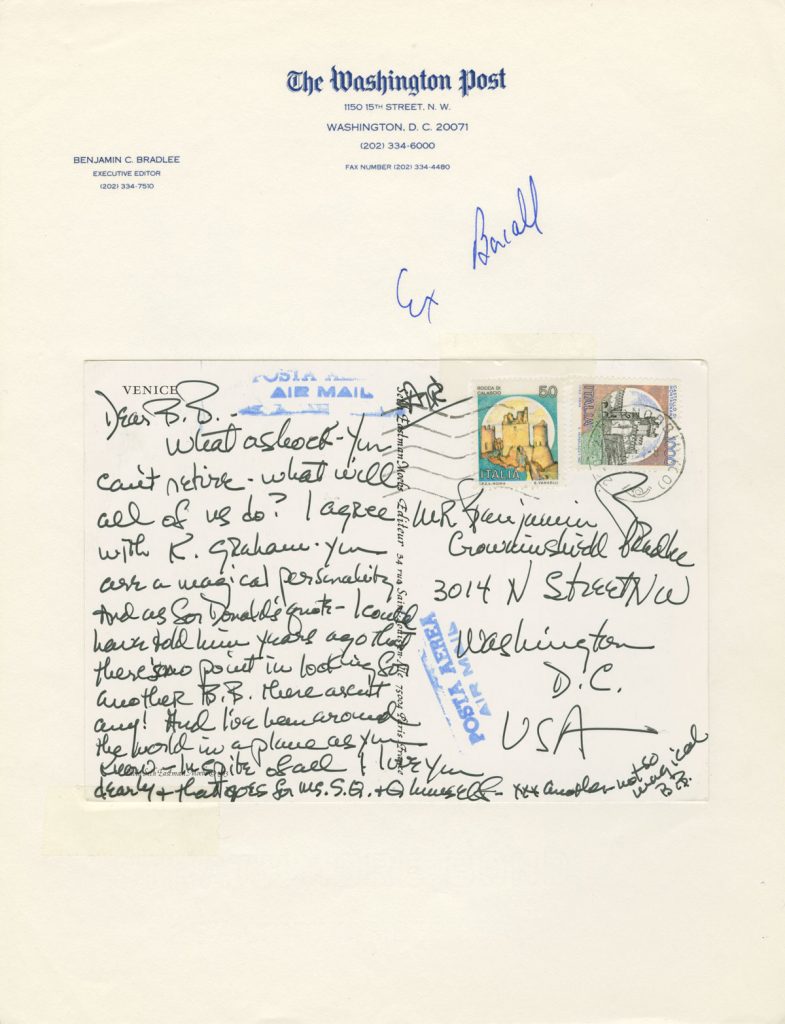 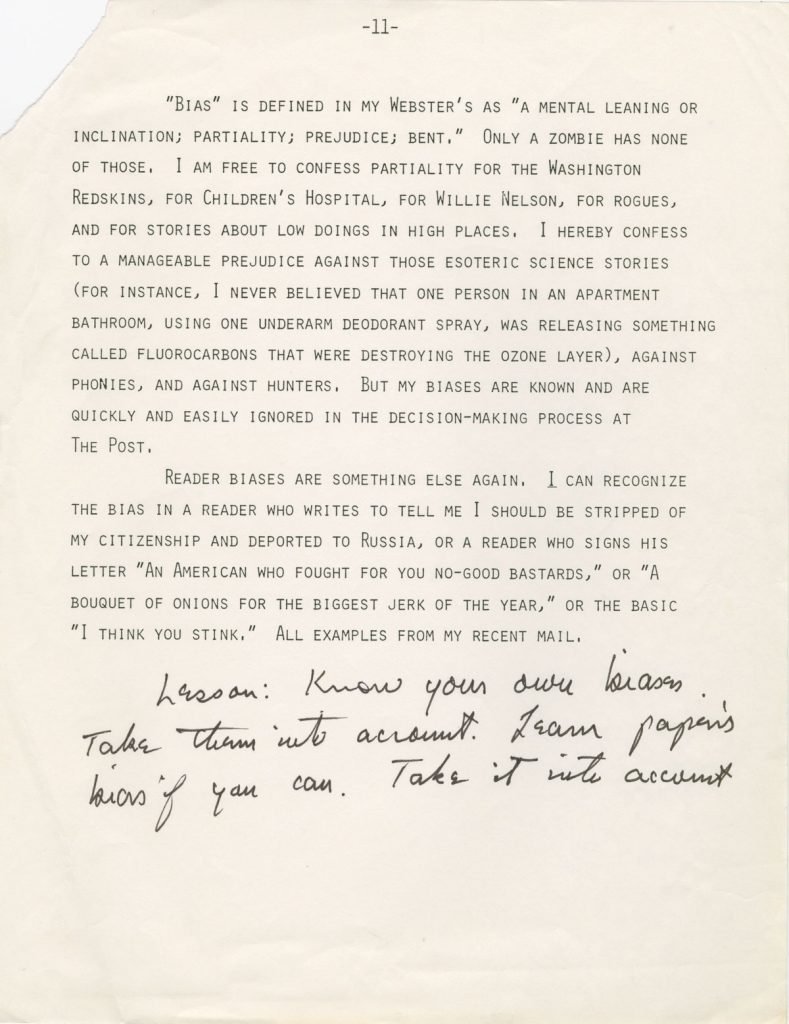 Ancelyn Krivak is a project archivist at the Harry Ransom Center.