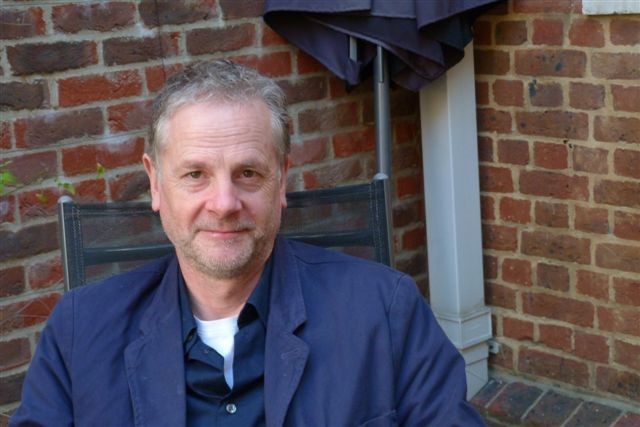 Maurice Walsh (Brunel University London) discusses his research interests in advance of his visit to the Ransom Center.

Walsh is supported by the Ben Bradlee Fellowship in Journalism.

Tell us about your research “Lines of Anxiety: Graham Greene in the Twentieth Century.”

Graham Greene’s career spanned the end of the First World War to the end of the Cold War. From newly independent Ireland in 1923 to the death throes of the Soviet Union in 1987, Greene was a supreme witness of twentieth-century history. Obsessed with “Greeneland,” the seedy, despair-filled imaginary of his novels, his biographers have ignored the world in which Greene immersed himself. From Mexico to Vietnam to the Congo, my book will recreate the tumultuous history that shaped Greene’s work and chart his emergence as a global literary figure influencing intellectuals and the masses in bestselling books.

What initially drew you to your topic?

I grew up in Ireland reading Greene’s novels in those orange-spined Penguin paperbacks. As a correspondent in Central America in 1987, I witnessed Greene being presented with an award from the Sandinista government in Nicaragua. Reading the major biographies, I was struck by how little attention they paid to the world that Greene embraced so voraciously and the countries where he found his themes and obsessions.

The comprehensive Greene archive—his revisions and amendments to novels like The Quiet American and The Honorary Consul, as well as his diaries, notebooks, and correspondence.

I’m particularly interested in the origins of Greene’s view of the United States. He first visited in 1938 and then throughout the 60s, 70s, and 80s he was a persistent critic of American foreign policy, especially since the revolutionary upheavals in Latin America were so important in his work.

I want to re-insert Greene in to the world instead of reading him merely as a “Catholic writer” or an upper-middle class English demi-spy. So tracing the composition of the novels and screenplays from original typescripts will enable me to immerse myself in Greene’s world. Plus, I’m very excited about working alongside other writers and scholars; I’m sure the conversations I will have in Austin will hugely enrich the book.

Browsing the collection lists, I’ve had to restrain myself from saying, “Let’s look at these letters…and those diaries!” But the papers of Evelyn Waugh, Gabriel García Márquez, and Norman Mailer should be worth exploring for material to illuminate Greene. And given the importance of Latin America in his works, I am sure there’s lots of other terrific material I’m not even aware of yet.