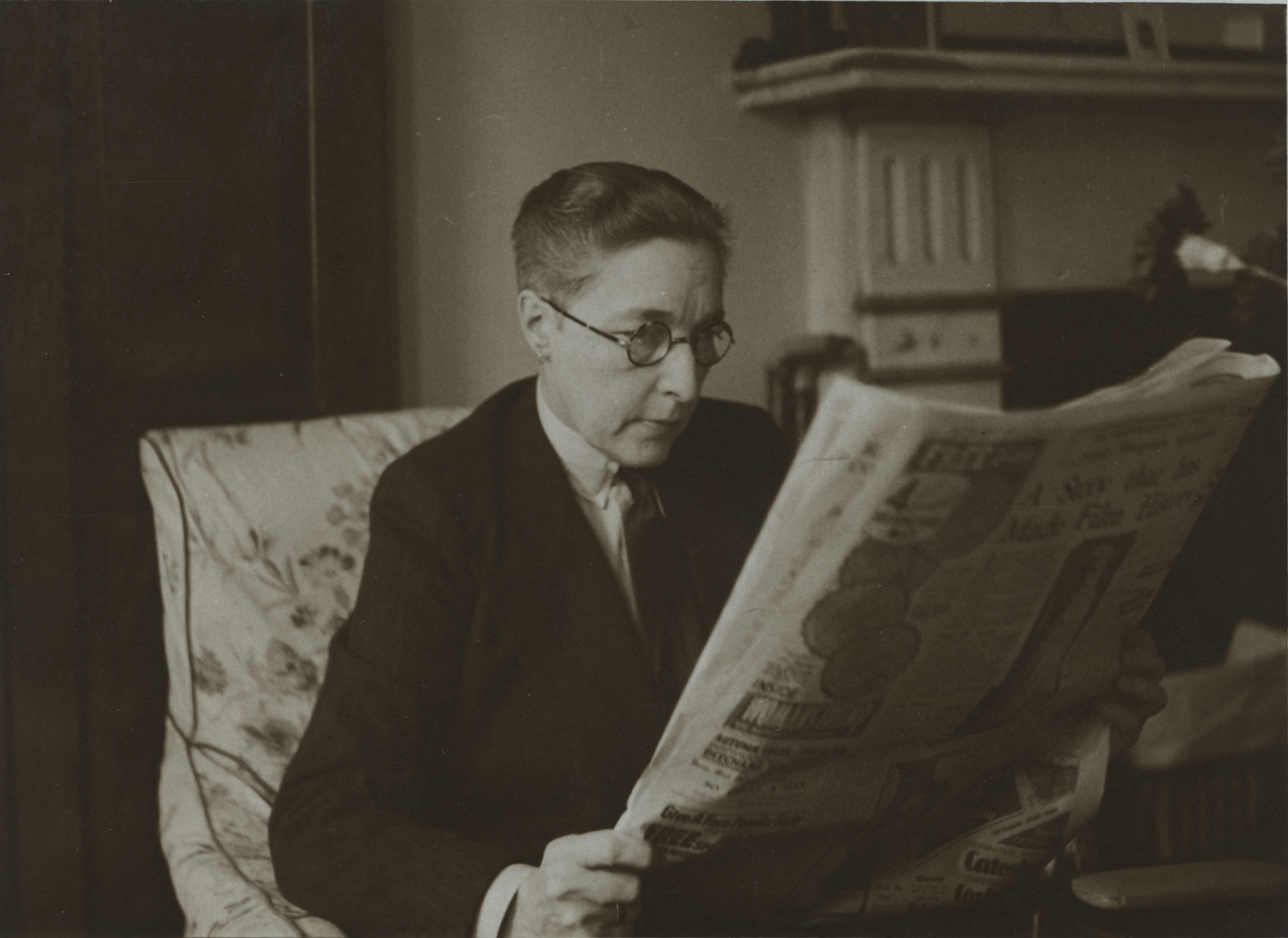 The English writer Radclyffe Hall (1880–1943) is best known for her lesbian novel The Well of Loneliness (1928). Pronounced obscene after a sensational and scandalous court case, it was banned in the United Kingdom until the late 1940s. The Well tells the story of the masculine female author, Stephen Gordon, coming to terms with her sexuality. While twenty-first-century readers may find the story quaint, in 1928 it was groundbreaking fiction because Hall wrote explicitly about same-sex desire and love. The Well has provoked decades of debate on gender and sexuality, due to Hall’s depiction of a butch lesbian character who spends most of the novel wishing she had been born a man.

Gender and sexuality aside, for me there has always been a nagging silence in The Well. In a book where the central character is a writer, the reader knows nothing about Stephen’s work, except for the title of one of her novels, The Furrow. While exploring the Radclyffe Hall archive in the Harry Ransom Center, I discovered that Hall had written some text about The Furrow, which did not end up in the published version of The Well of Loneliness. In Hall’s draft manuscript, Stephen’s companion, Puddle, reads aloud the only negative review of The Furrow:

As one reads one is filled with a strong conviction that this writer has never really lived in the countryside of which she writes at some length—has never really met such a man as ‘John Sharp’, or such a woman as ‘Alice’. Their emotions are less their own than their authors, and the atmosphere of the real rural England at which she aims, she does not attain. All the same there are one or two fine things in the book, as for instance the description of the old stud groom Pickford who ‘gets religion’, and of ‘Lizzie’ his wife who mothers him in his second childhood. But even these descriptions are somewhat marred by the ostentatious style of the writing. However, when this author has had worse experience of life, and has learnt to write simple people simply, she may attain to a fairly high standard.

The review reveals the autobiographical nature of The Furrow in relation to Stephen’s life (up to this stage in the novel), and it exposes the author’s (and one suspects Hall’s) anxiety over literary criticism. It also confirms that Stephen is not an avant-garde, modernist, or experimental author. Instead, she is a traditional and middlebrow writer, much like Hall herself. The review reflects some of the criticism that Hall faced and reveals Hall’s self-awareness about her style and the negative reactions she sometimes received.

While the extract addresses the silence in The Well, it provokes questions for me around Hall’s own personal connection to The Furrow. In particular, does The Furrow allude to her own initial success as a writer with the poem “The Blind Ploughman” (1913)? Is the character John Sharp in The Furrow a fantasy version of Hall (Hall was called John by her friends and lovers)? Hall always denied the autobiographical nature of The Well, but maybe The Furrow is her own Hitchcockian-cameo appearance, a wink to the audience, which she modified by the time of the novel’s publication. Whatever the answers, the archive reveals that The Furrow originally had a voice that, for whatever reason, Hall silenced in the published text of The Well of Loneliness.

Steven Macnamara (University of Nottingham) received a dissertation fellowship from the Harry Ransom Center, with generous support from the Creekmore and Adele Fath Charitable Foundation and The University of Texas at Austin Office of Graduate Studies.