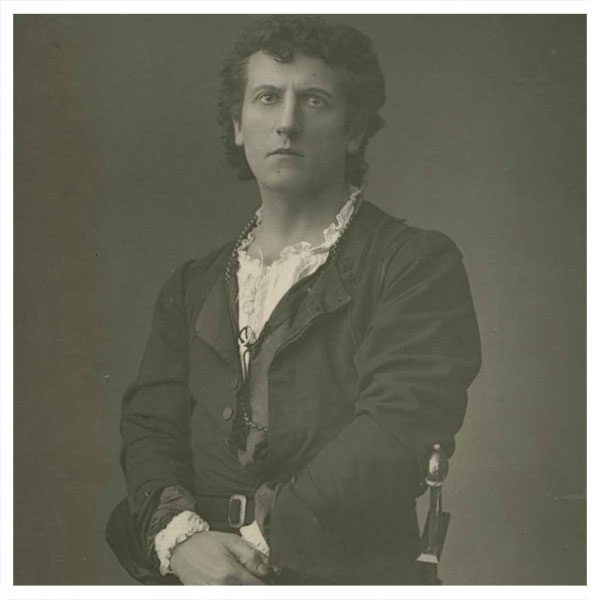 With support from the Gladys Krieble Delmas Foundation, the Ransom Center has completed a one-year project to create online access to four of its Performing Arts collections.

“Increasing access to the collections is one of our highest priorities at the Ransom Center,” said Eric Colleary, the Ransom Center’s Cline Curator of Theatre and Performing Arts. “These four archives provide rich perspectives of the American and British stage that are already proving useful to scholars and artists. My sincere thanks to archivists Amanda Reyes and Joan Sibley for their exceptional work on this project, and most especially to the Delmas Foundation for their continued support of arts and humanities research.”

Jule Styne (1905–1994) composed the music for many of the most popular American musicals from the 1940s through the 1960s and his papers include handwritten compositions for such musicals as Gypsy! and Funny Girl, and include songs that never appeared in the final productions and have never been published. In addition to music scores, Styne’s papers contain scripts, correspondence, and production records for his Broadway musicals and plays, documenting his collaborations with a variety of well-known figures. Present are letters from Louis Armstrong, Leonard Bernstein, Sammy Cahn, Betty Comden, Sammy Davis, Jr., Judy Garland, Hermione Gingold, Oscar Hammerstein II, Gypsy Rose Lee, Anita Loos, Jayne Mansfield, Ethel Merman, Harold Prince, Terence Rattigan, Jerome Robbins, Richard Rodgers, Stephen Sondheim, Thornton Wilder, and many others.

Sibley is an archivist in the Description & Access department who oversees retrospective conversion cataloging of manuscripts and archives from the card catalog to online finding aids. She also frequently works on grant-funded cataloging projects, such as the Delmas Foundation Performing Arts project and the National Endowment for the Humanities project to catalog the PEN Records.