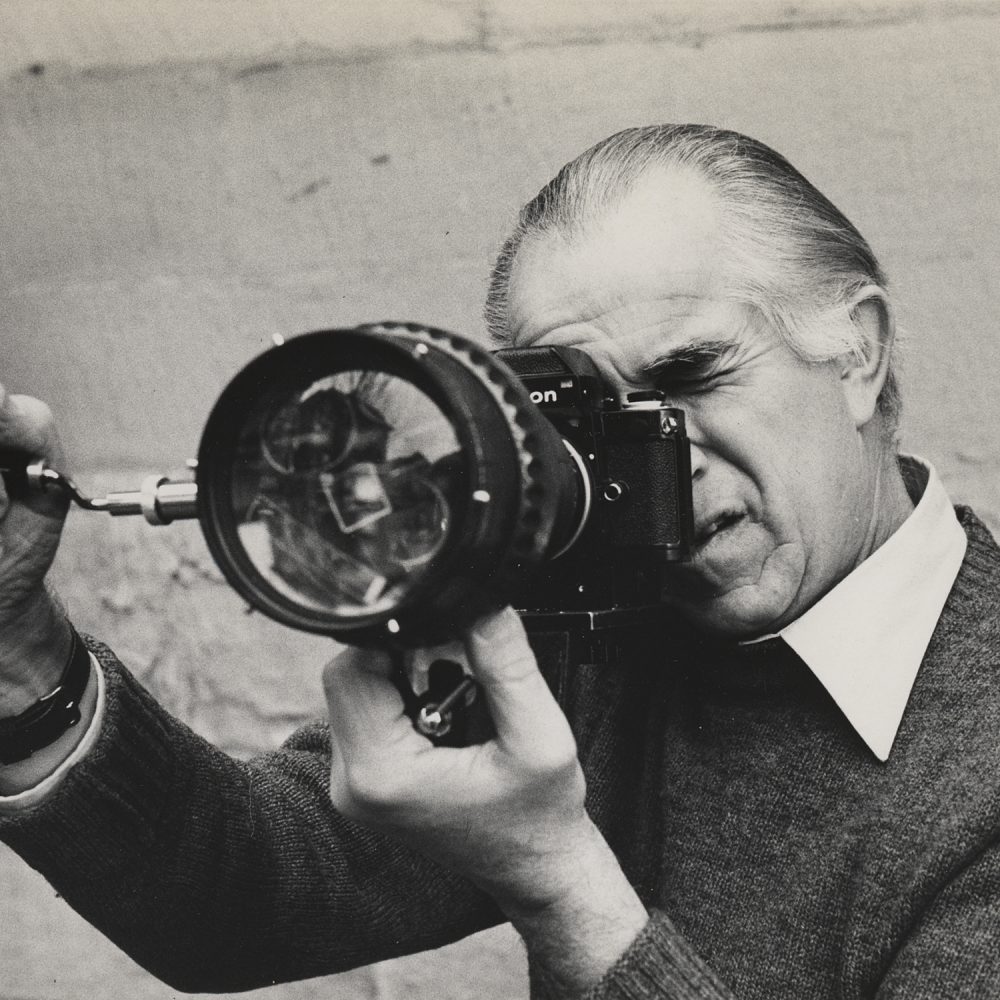 The internationally-renowned American photojournalist David Douglas Duncan has died at age 102 in France. As Harry Ransom Center Curator of photography Jessica S. McDonald wrote in a recent tribute, “For decades, Americans at home and abroad learned of world events as they unfolded before Duncan’s camera, first during his service as a combat photographer with the United States Marine Corps during World War II, and then through his coverage of the Korean War, the Vietnam War, and conflicts in the Middle East for Life magazine. Delivered to millions of households each week through the illustrated press, Duncan’s photographs have played a profound role in informing the public and shaping history.”

The David Douglas Duncan Papers and Photography collection includes more than 100,000 prints, negatives, and transparencies, as well as field notebooks, publications, and manuscript materials documenting his life and career. Duncan’s coverage of World War II, the wars in Korea and Vietnam, and the 1968 national Democratic and Republican conventions, as well as his intimate portraits of Pablo Picasso, are particularly well represented in the collection.

The Duncan collection also includes his earliest photographs beginning in 1934, materials from his 10 years as a staff photographer for Life, and freelance assignments and personal projects through 2017. Of special interest are design and production materials relating to over 25 books Duncan published between 1951 and 2014, including The Private World of Pablo Picasso (1958) and his war trilogy This is War! (1951), I Protest! (1968), and War Without Heroes (1970).

“David Douglas Duncan lived a long and full life, and his record of that experience is now a permanent part of our visual vernacular,” said Ransom Center Director Stephen Enniss. “For years to come our understanding of some of the major historical events of the last century will be shaped by the powerful photographic record that he has left with us.”

For over two decades, the David Douglas Duncan Papers and Photography collection has been a rich source of images, information, and inspiration for countless students, faculty, researchers, and visitors to the Ransom Center’s exhibitions and programs.