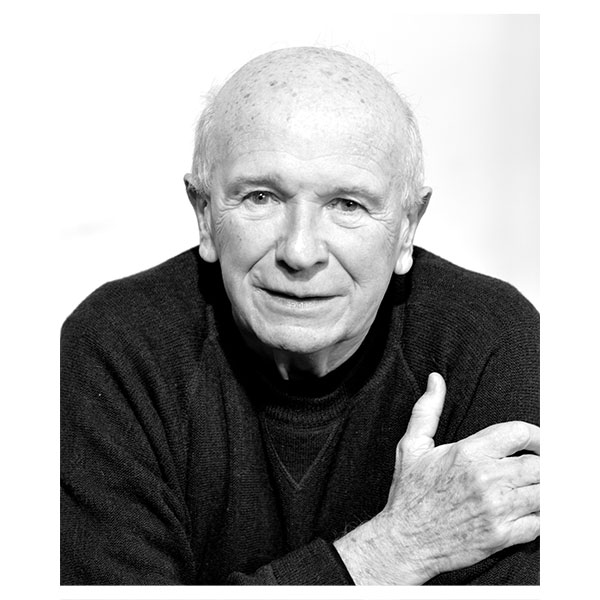 In partnership with ZACH Theatre, the Ransom Center presents a screening and conversation with playwright Terrence McNally on Sunday, November 11, at 2 p.m.

Terrence McNally is one of the most enduring and respected American playwrights, responsible for over 80 plays, musicals, and opera librettos over the past 50 years. His contributions to the theatre extend to his advocacy for playwriting as a profession and the mentorship of emerging artists. His works have helped launch the careers of some of America’s great actors, including F. Murray Abraham, Nathan Lane, Audra McDonald, and Doris Roberts.

McNally’s writing was ahead of its time. When other writers might have given up in the face of early-career criticism, McNally not only persisted, but his style ultimately shaped American drama through works like Master Class, The Lisbon Traviata, and Frankie and Johnny in the Claire de Lune. His Andre’s Mother and Love! Valour! Compassion! humanized the AIDS crisis for audiences struggling to cope with the plague, and his Corpus Christi grappled with contemporary homophobia and hate crimes. Musicals like Ragtime and Kiss of the Spider Woman expanded the possibilities of the form, and his opera Dead Man Walking is one of the most frequently produced contemporary American operas around the world. The hallmarks of McNally’s writing are his sharp wit, his complex characters, and stories that touch the core of the human experience. This year, McNally was elected to the American Academy of Arts and Letters. The honor of election is considered the highest form of recognition of artistic merit in the United States.

In 1999, McNally gifted his archive to the Ransom Center. Over the years, he has generously added to the papers, and the most recent addition includes manuscripts for his latest play, Fire and Air, which premiered in 2018 and will be performed at Austin’s ZACH Theatre in the spring of 2019.

COLLEARY: Do you remember the first performance you saw that helped you to realize the power of theatre to change the way people see the world around them? What was it about that performance?

McNALLY: Theatre has the power to change people when all the elements—script, performance, design—are aligned in perfect harmony to reach across the stage and lift the audience en masse to a new level of awareness and collective emotional resonance. Does that happen very often? No, but when it does there is nothing like it. (How many games of any sport do you sit through before you see a truly great one? Be honest.) In the theatre people stop breathing and hold their breath in emotional suspense. Or they laugh torrentially as one. I’m thinking of the profound silence in the final minutes of Peter Brooks’s production of King Lear with Paul Scoffield. I’m remembering the uncontrollable hilarity of Nick Hytner’s production of One Man, Two Guvnors with James Corden. Or Angela Lansbury selling “The Worst Pies in London” in Sweeney Todd. Or Bruce Springsteen alone on stage in a small theater with an acoustic guitar. What was special and will remain so about these nights at the theater is that they never can be duplicated. You had to be there.

If you could offer your younger self any advice, what would it be?

I would listen to my peers and not my critics. I would make sure I was always surrounded by people who were smarter than me—people I would learn something from and not feel superior to. I would travel more. I would do more things that terrified me.

Several of your works have been based on historical figures—Maria Callas in Master Class, Diaghilev and Nijinsky in Fire and Air, and most of the characters in Ragtime to name a few. How do you research? How do you balance historical fact with creative license?

On two occasions, Master Class and Fire and Air, I have written major characters based on real people i.e. Maria Callas and Sergei Diaghilev. In the first instance, I wanted to write about the interpretative artist who through their particular genius becomes a creative artist. In her case, I think Callas brought almost as much to the table as the composers she sang. With Diaghilev, I wanted to write about a man whose genius was discovering the genius in others—dancers, choreographers, composers—without possessing a special talent of his own. My career depends on producers. It was time I tried to write about one. I believe I chose the greatest one of them who ever lived.

Do you have any new projects coming down the pipeline?

I think it is bad luck to talk about plays I am going to write. I do want to alphabetize my library this year, however.