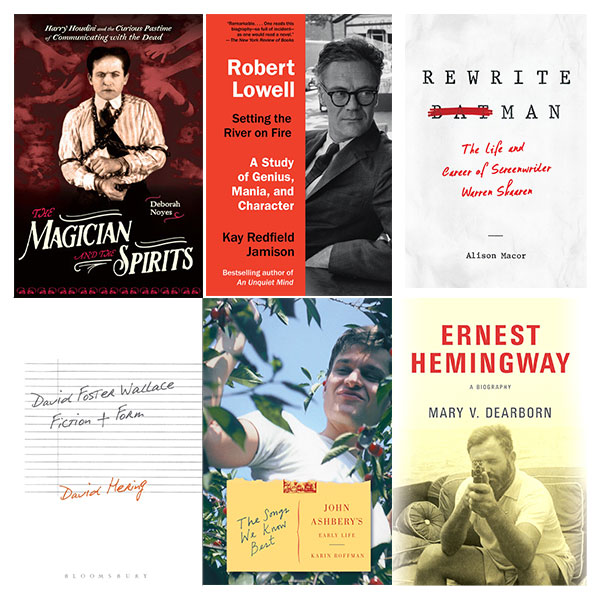 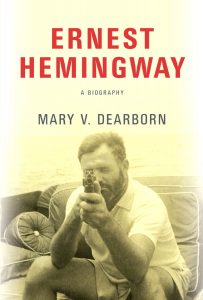 A revelatory look into the life and work of Ernest Hemingway. Dearborn’s biography gives a rich and nuanced portrait of this complex, enigmatically unique American artist, whose same uncontrollable demons that inspired and drove him throughout his life undid him at the end. Dearborn was the recipient of a Harry Ransom Center research fellowship supported by the Andrew W. Mellon Foundation Research Fellowship Endowment. 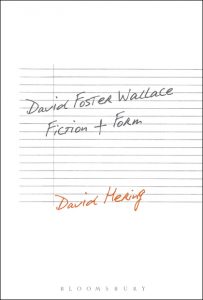 Hering analyzes the structures of David Foster Wallace’s fiction. Incorporating extensive analysis of Wallace’s drafts, notes and letters, this book argues that the form of Wallace’s fiction is always inextricably bound up within an ongoing conflict between the monologic and the dialogic, one strongly connected with Wallace’s sense of his own authorial presence and identity in the work. Hering was the recipient of a Harry Ransom Center research fellowship supported by the Andrew W. Mellon Foundation Research Fellowship Endowment. 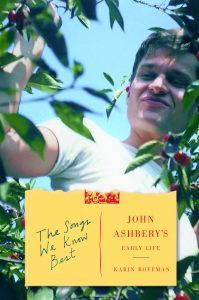 The first comprehensive biography of the early life of John Ashbery reveals the unusual ways he drew on the details of his youth to populate the poems that made him one of the most original and unpredictable forces of the last century in arts and letters. Roffman draws on unpublished correspondence, juvenilia, and childhood diaries as well as more than 100 hours of conversation with the poet.

Roffman was the recipient of a Harry Ransom Center research fellowship supported by the Dorot Foundation Postdoctoral Research Fellowship in Jewish Studies. 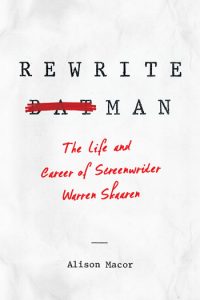 This lively biography of the screenwriter of 1980s hit movies Top Gun, Beverly Hills Cop II, Beetlejuice, and Batman illuminates issues of film authorship that have become even more contested in the era of blockbuster filmmaking.

Macor was the recipient of Harry Ransom Center research fellowships supported by the Warren Skaaren Film Research Endowment and the Filmscript Acquisitions Endowment. 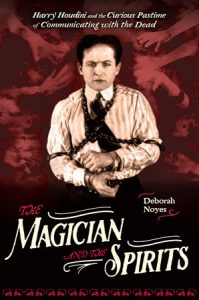 The Magician and the Spirits
Deborah Noyes Viking Children’s Books, 2017

A century ago, the curious idea that spirits not only survive death but can be contacted on the “other side” was widespread. Psychic mediums led countless séances, claiming to connect the grieving with their lost relations through everything from frenzied trance writing to sticky expulsions of ectoplasm.

Well-known by then as magician and escape artist, Harry Houdini began to investigate these spiritual phenomena. Peopled with odd and fascinating characters, Houdini’s gripping quest will excite readers’ universal wonderment with life, death, and the possibility of the Beyond. 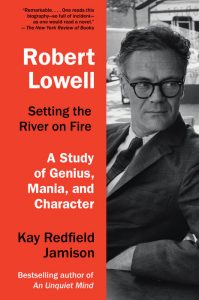 This magisterial study of the relationship between illness and art brings a fresh perspective to the life and work of Pulitzer Prize–winning poet Robert Lowell. In his poetry, Lowell put his manicdepressive illness (now known as bipolar disorder) into the public domain, and in the process created a new and arresting language for madness. Jamison brings her expertise in mood disorders to bear on Lowell’s story, illuminating not only the relationships between mania, depression, and creativity but also how Lowell’s illness and treatment influenced his work (and often became its subject).