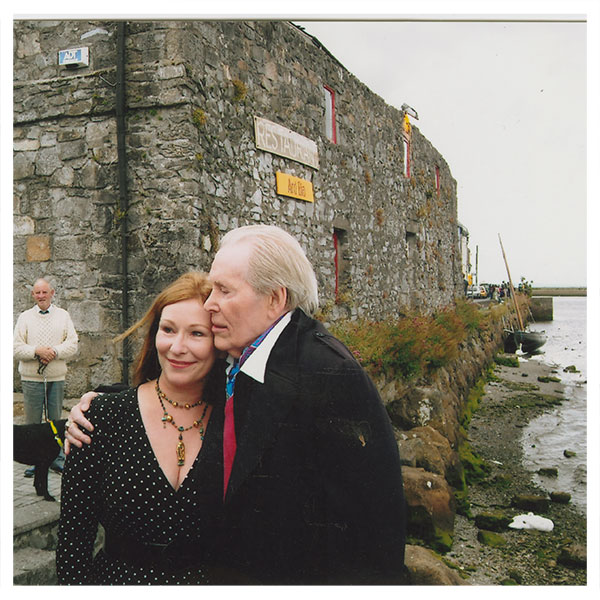 It was through a friend in London, Professor Eva Griffith, that I first received unimpeachable bona fides for the Harry Ransom Center. Some years ago, Eva had received a fellowship from the Ransom Center to do research relating to the seventeenth-century playwright James Shirley.

As well as being a highly regarded theatre historian, Eva is the daughter of one of my father’s closest friends, the actor and filmmaker Kenneth Griffith.

A friendship that lasted a lifetime, their many escapades together include the time they decided to make it their business to establish the whereabouts of the grave belonging to the great Shakespearean actor Edmund Kean. They knew there’d been a nondescript plaque on the outside wall of what was in fact the wrong church in the wrong parish, somewhere in Surrey, but until Kenneth made a film about Kean, incredible as it seems, no one really knew where the greatest actor in British theatrical history had actually been buried. O’Toole and Griffith can be credited with rectifying that situation. Having established his final resting place, they had a simple, modest floor plaque made to mark the correct spot.

I always had a father who belonged not just to his own family but also to the entire cinema-going and theatre-loving world. In addition, and perhaps above all else, he belonged to a great family of actors. Peter O’Toole was nothing if not an actor’s actor. He openly adored performers from all fields of entertainment because he felt so intrinsically connected to them; it’s just the way he was made. Acting formed part of his DNA. Like a thoroughbred racehorse at the starting gate, his nostrils would twitch with enthusiasm whenever he approached a stage door, a dressing room, or a film set. He loved actors of any class, any shape or size—and they loved him back. Together they form a unique tribe that is ever fixed and ever changing, reaching back to Henry Irving, Joseph Grimaldi, Edmund Kean—and that continues on to include those talents yet to be born.

For proper context and for sentimental reasons it was always important for me to try to reserve my father’s collection in its entirety; the Ransom Center is one of the very few places with the capability to do just that. I couldn’t have wished for a better outcome.

As they say at weddings, “You mustn’t think of it as losing a daughter; think of it as gaining a son-in-law.” In marrying the O’Toole collection to the Ransom Center, I feel secure that I’m not merely letting go of personal memorabilia. I’m hoping this material will deepen our collective understanding of the dramatic arts and thereby enrich an important cultural legacy.

The Ransom Center acquired the archive of British-Irish theatre and film actor Peter O’Toole (1932–2013) in April. The extensive archive contains theatre and film scripts along with O’Toole’s writings, correspondence, and photographs. It will be available for research once processed and cataloged.