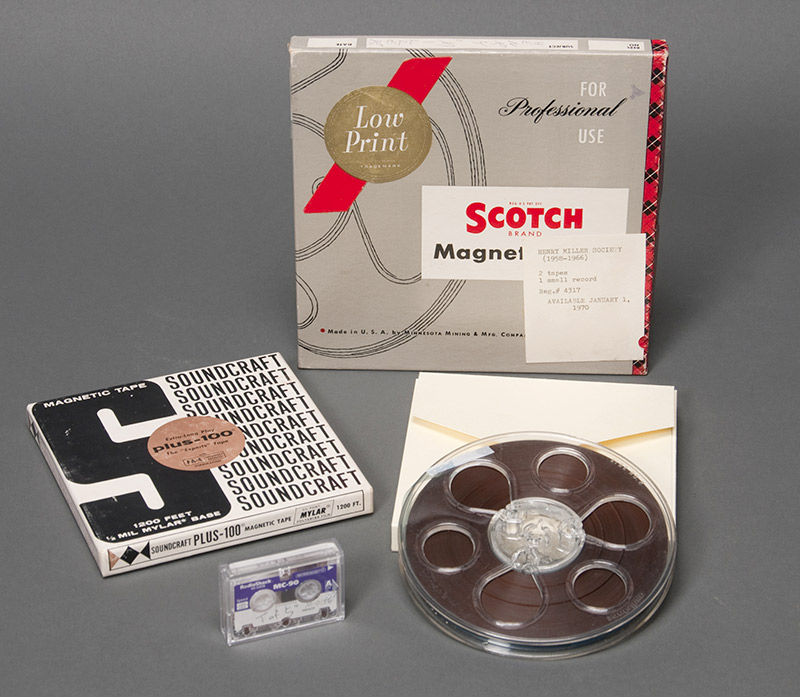 With generous funding from the National Endowment for the Humanities (NEH), the Harry Ransom Center recently completed a two-year project to preserve through digitization more than 3,100 unique sound recordings covering a broad range of political, social, literary, and artistic topics. These recordings join another 4,000 previously digitized audio files, creating a substantial corpus of over 7,000 digital recordings accessible for the first time to researchers and the public in the Ransom Center’s reading and viewing room. 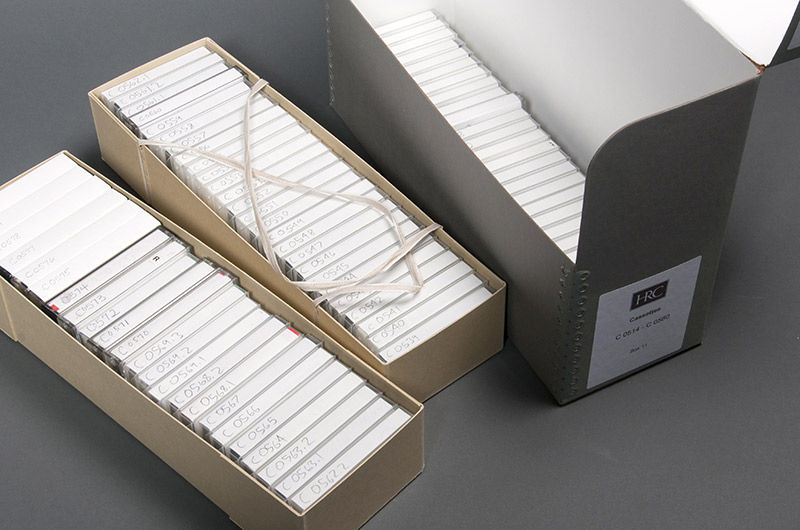 Culled from more than 40 Ransom Center collections, the recordings preserved through the NEH project provide an unparalleled resource for the study of a broad range of subject areas in the humanities—from literature, film, art, photography, and the performing arts to journalism, human rights, history, and the burgeoning field of sound studies. Many of these recordings have never been accessible to researchers due to instability of the original recording media and playback equipment obsolescence. Their content varies as widely as the individuals represented within the recordings, unlocking raw material that tells the story of creators’ lives, careers, and the works they created. Listeners will find dictated notes, letters, and writings as well as interviews, lectures, readings, rehearsals, musical and theatrical performances, radio broadcasts, and telephone conversations.

Listen to an audio recording of Dr. Martin Luther King, Jr. speaking to the press following the 1966 Alabama Democratic Primary.

Of the Center’s 7,000 digitized recordings, close to 1,000 interviews created by cultural critic Mel Gussow are accessible from anywhere in the world through the Center’s open access digital collection portal. View the collection.  As the lead cultural critic at The New York Times, Mel Gussow interviewed novelists, poets, directors and actors from the stage and cinema, and playwrights. He was among the first to bring serious criticism to the off-off-Broadway movement and bring the full attention of the Times to early productions at LaMaMa, the Caffe Cino, and the Living Theatre – boosting the careers of writers like Lanford Wilson and Sam Shepard, and actors Kevin Kline, Meryl Streep, and Sigourney Weaver.

The bulk of his 977 recordings have never been included in publications, and, until now, have never been heard beyond Gussow and his assistants. Scrolling through the catalog of recordings reveals a rich “Who’s Who” of creators, including Katharine Hepburn, Angela Lansbury, Laurence Olivier, James Earle Jones, Anthony Hopkins, Woody Allen, Al Hirschfeld, Margaret Atwood, founder of La MaMa Experimental Theatre Club Ellen Stewart, and playwrights Arthur Miller, Edward Albee, Tennessee Williams, and David Hare to name a few. 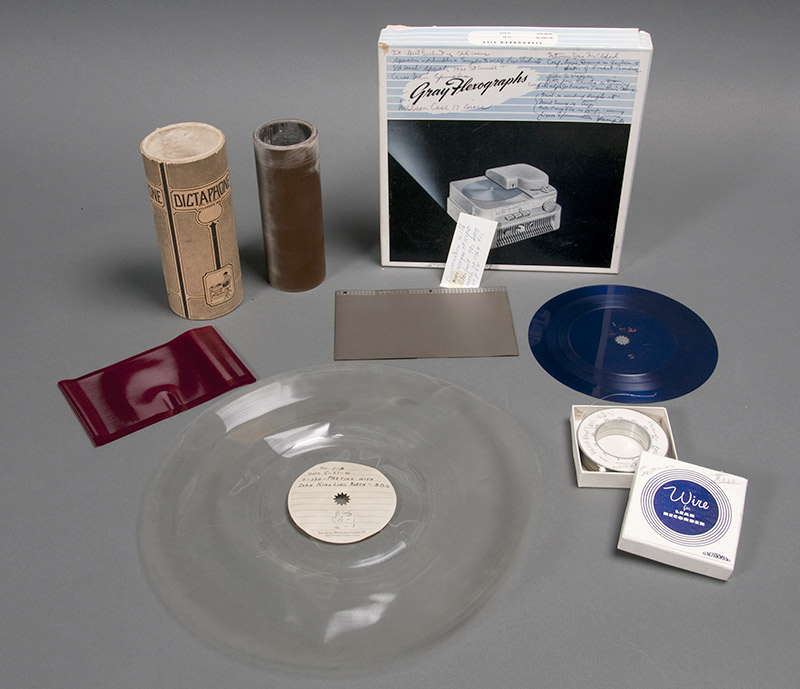 Gussow was a master interviewer, borne out in the richness of his interviews. In his conversation with author Alice Walker, for example, listeners will discover the dream origins of The Color Purple, Walker’s thoughts about her ever-changing self, and her memories of the civil rights movement and experiences living in Mississippi.

Due to this NEH-funded project, researchers and the public now also have online access to the full catalog describing 14,866 sound recordings held in the Ransom Center’s collections (start your search here). Descriptive cataloging data for thousands of recordings has been augmented, providing rich detail of their contents. A new Sound Recordings Research Guide provides tips on searching this full corpus of recordings.

This project generously funded by: