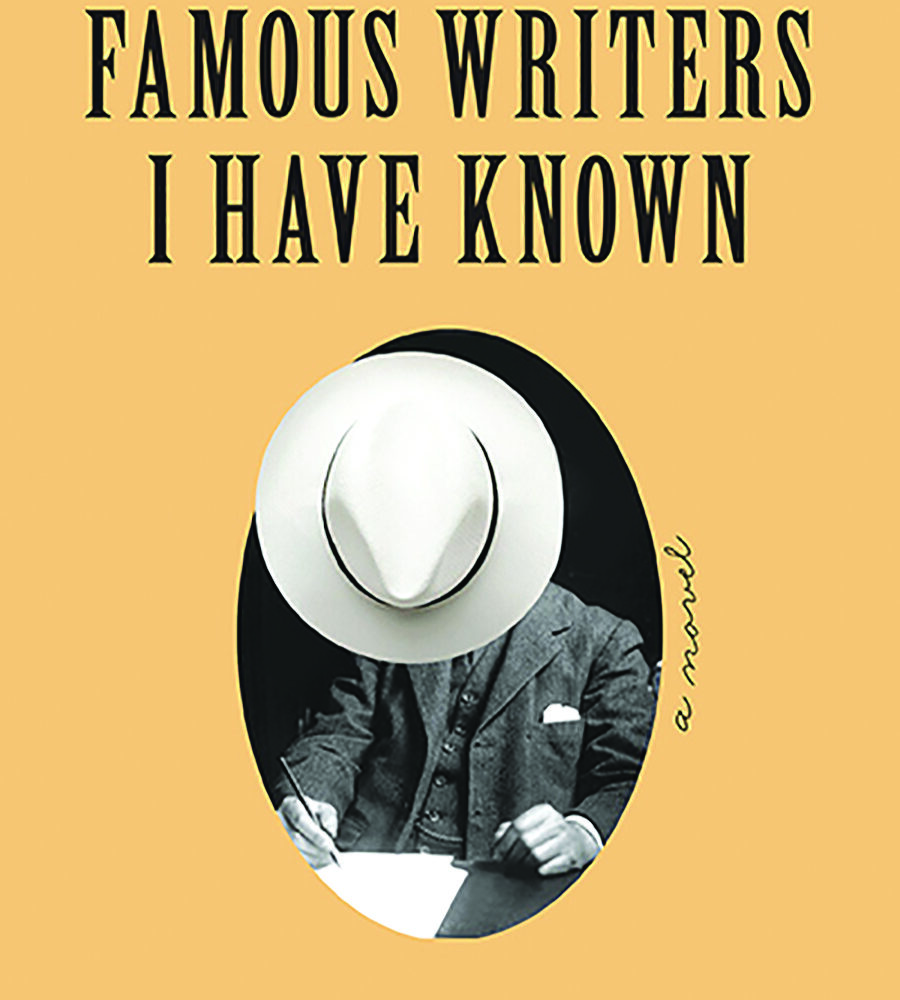 The following is excerpted from the book, Famous Writers I Have Known (W. W. Norton & Company, 2014), by author James Magnuson.

A small time con-man is posing as a famously reclusive writer named V. S. Mohle. He manages to get hired by a well-funded graduate writing program at a large university in Texas. Sound familiar? He has never written anything or been in a college classroom. Here’s what happens when he teaches his first class:

When I walked into the conference room, everybody was so quiet you would have thought Elvis Presley had just risen from the dead. I could feel them following my every move. I slid into my chair at the head of the table and counted to ten to calm myself, eyeing all the young geniuses. They were a handsome group and Ethel seemed good natured, which they should have been, given the cushy fellowships they were pulling down…

I asked each of them to tell me a few things about what they were reading and writing. One by one they had their say: Mercedes, a former grade school teacher from El Paso, spent the summer tending her parents’ dog kennel. Nick, an intense young guy, was working on a series of postmodern fables—whatever the hell they were—based on the Book of Revelation; and LaTasha, who’d been transcribing interviews she’d done with her uncle, a tractor driver in Mississippi.

After each of them finished, I tried to say something encouraging. “Sounds interesting,” I would say. When Nick finished about the Book of Revelation, all I could do was point a finger at the boy and go, “Now, that’s an idea.“

But then I made a mistake. I asked a slovenly, smirking guy named Mel what he thought. “I’m more interested in stories that take chances,” he said. “Stories about rich people getting their feelings hurt don’t exactly do it for me.”

It was as if he’d just dropped a lit match on a gasoline slick. In an instant the rest of the class was talking over one another.

“What about The Great Gatsby? What about Henry James? Tolstoy, for god’s sakes,” Bryan said. The names of writers I’d never heard of flew like daggers in a martial arts movie—Joyce, Zola, Flaubert, Beckett. LaTasha kept shooting me dismayed glances in my direction as if I was expected to do something.

I slammed my hand down on the table. All their heads came up, like a herd of frightened deer. “Enough! We’re here to talk about your stuff, not all this other junk. Everybody talks about what a great writer this Gatsby is. What makes him so great?”

Everything became very quiet. A hand finally went up. It was Mercedes. “Mr. Mohle, the Great Gatsby isn’t really a writer. He’s a character in a novel.”

They were all waiting. It felt like a bad day in front of the parole board. “Good Lord, doesn’t anybody recognize a joke when they hear one?”

I pushed up from the table. It was a bit of a grandstand move, stomping off like that, but it was effective. It would have been more effective if I hadn’t snagged my toe on Mercedes’s backpack and stumbled, but I still made my point.