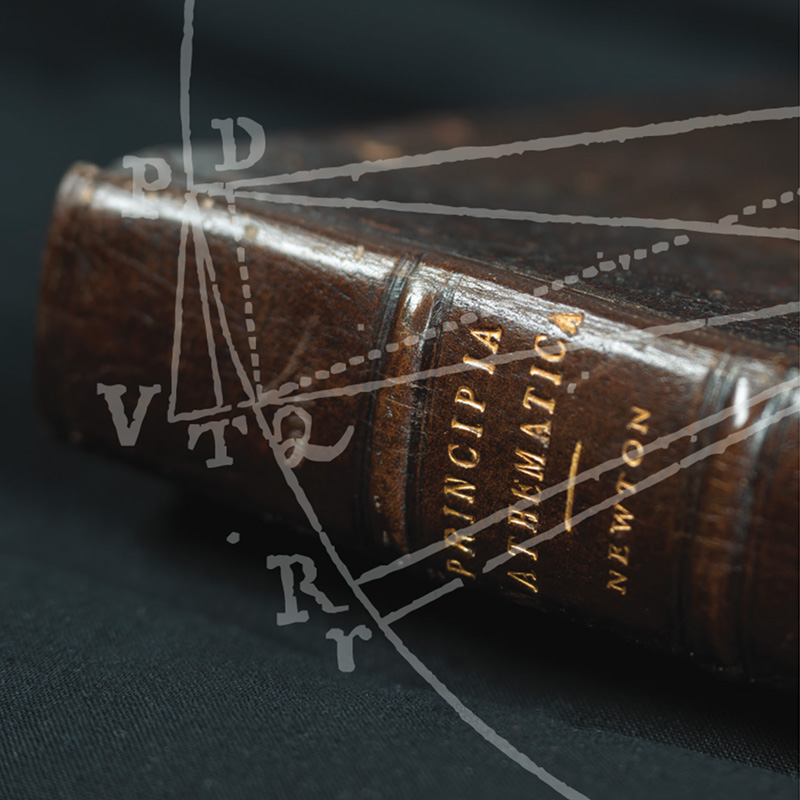 The Ransom Center recently received a generous donation from the James M. Vaughn, Jr., Vaughn Foundation Fund of important books in the history of mathematics. The earliest volumes supplement the Center’s existing strength in early materials on the history of science and mathematics, and others productively expand the range of authors, topics, and periods represented in our collections.

In 1961, James M. Vaughn, Jr., earned a Bachelor of Arts degree from The University of Texas at Austin. He subsequently pursued an advanced degree in mathematics from UT before deciding that the best way for him to contribute to research in the field would be to support it as a philanthropist. Graduate school had put Vaughn on the track of a mathematical enigma known as Fermat’s Last Theorem, and it was this enigma that he set out to resolve by establishing a new nonprofit.

Around 1637, the French lawyer Pierre de Fermat had written in the margin of a copy of the Ancient Greek mathematician Diophantus’s Arithmetica that the equation an + bn = cn cannot be solved for any integer, n, greater than two. In his note, Fermat indicates further that he had a proof for this deceptively simple assertion but that there simply wasn’t room in the margin for him to write it out. In 1670, his son posthumously published the full commentary he had added to his Diophantus, including the now-famous Last Theorem. It went on to vex mathematicians for nearly 325 years.

After its incorporation in 1972, the Vaughn Foundation Fund soon became the major private funding source for mathematicians in their quest for a proof that would confirm Fermat’s Last Theorem. And in 1993, a professor at Princeton named Andrew Wiles produced one—though the particular proof Wiles arrived at depends on modern developments that Fermat himself would not have been able to make use of.

At the same time Vaughn and his foundation were actively in pursuit of a solution to Fermat’s Last Theorem, they also built the collection of books, the James M. Vaughn, Jr., Vaughn Foundation Fund Collection, that has now come to the Ransom Center. The collection started to come together in a serious way in the fall of 1983 when Vaughn was in London. While there, he visited the shop of the well-known antiquarian bookselling firm Bernard Quaritch Ltd., where he was shown two of the most famous books in the history of science: first editions of Nicolaus Copernicus’s De revolutionibus orbium coelestium (1543) and Sir Isaac Newton’s Philosophiae Naturalis Principia Mathematica (1687). Vaughn could not resist buying the Newton for his foundation. “I was very foolish in not getting the Copernicus, too,” he recalled recently. “I’ve regretted it ever since.”

In the Principia, Newton famously lays out his universal laws of motion and gravity. It is a milestone in the development of modern physics and the mathematics behind it. Edmund Halley, now known for the comet named after him, was a close friend of Newton’s and oversaw the original publication of the book in London. Revised editions followed in 1713 and again in 1726, the latter only a short time before Newton’s death in 1727. Copies of these later editions, as well as two other books by Newton, are also represented in the Vaughn collection.

What makes the Vaughn first edition of the Principia so important, however, is not so much its status as a first edition. Recent studies estimate that between 500 and 650 copies were originally printed, of which 387 can now be traced: judged against many other seventeenth-century books, the 1687 Principia is not exactly rare. In fact, the Center has long held two other copies of it. What sets the newly arrived volume apart is evidence that connects it directly with Newton and his circle.

At the foot of the title page, a handwritten inscription in Latin identifies it as a gift from Newton himself: “Donum Authoris Jul. 13. 1687.” This date puts the copy in the unnamed recipient’s hands very shortly after Newton himself received copies from Halley. One other copy, at Emmanuel College, Cambridge, has a similar inscription marking it as a presentation copy from Newton; it also notes July 13 as the date of the gift.

Additionally, the Vaughn copy preserves much of its original binding, which has decoration linking it with four other extant copies. These include both the dated gift copy at Emmanuel College and one of Newton’s personal copies in the library of Trinity College, Cambridge. 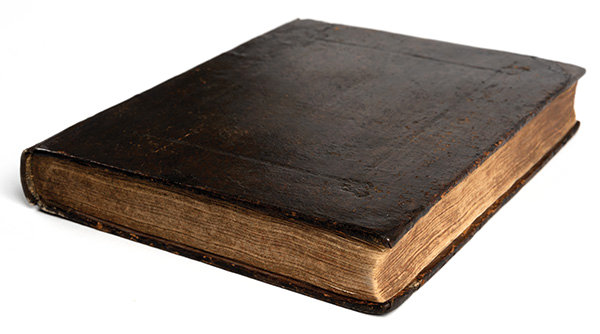 Finally, the volume includes numerous corrections to the text written in an early hand. Most of these simply follow a list of errata—errors—printed at the end of the edition, but there are a couple that appear to represent information provided by Newton himself. With more research, which is already underway, it may prove possible to identify the original recipient of the volume and its corrector (who may be different individuals). 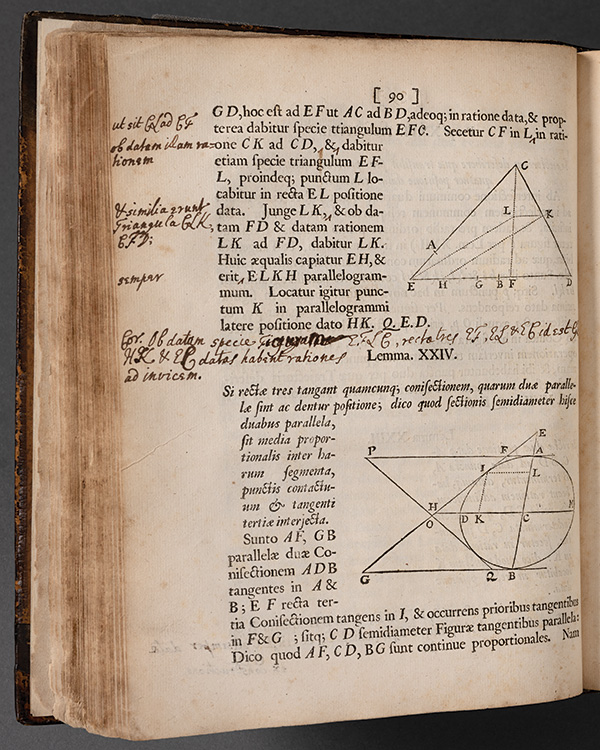 The acquisition of this unique copy served as the initial impetus for assembling the collection that now includes approximately 125 foundational and often quite rare mathematical publications—as well as three Karl Weierstrass manuscripts. Given Vaughn’s interest in Fermat’s Last Theorem, it is unsurprising that the printed works include a concentration of editions on number theory: Leonhard Euler, Joseph-Louis Lagrange, Adrien-Marie Legendre, and Carl Friedrich Gauss are all represented. Another focus, which includes some of the collection’s most notable volumes, is on the development of non-Euclidean geometry. These include field-defining publications by Nikolai Lobachevsky and János Bolyai.

“James was way ahead of the curve, and unsurpassed, in building a great collection in areas that are central to science and security today,” writes Rick Watson, a longtime bookseller who worked closely with Vaughn from the beginning to build the collection.

The Ransom Center and The University of Texas at Austin are grateful to the James M. Vaughn, Jr., Vaughn Foundation Fund and its trustees, James M. Vaughn, Jr., Salle W. Vaughn, and Jan Werner, for generously donating this exceptional collection. It greatly enriches the Center’s holdings and is already proving to be an invaluable resource for research and teaching.

Dr. Aaron T. Pratt is the Carl and Lily Pforzheimer Curator of Early Books and Manuscripts at the Ransom Center.

View the Principia at https://ransom.center/PrincipiaV1