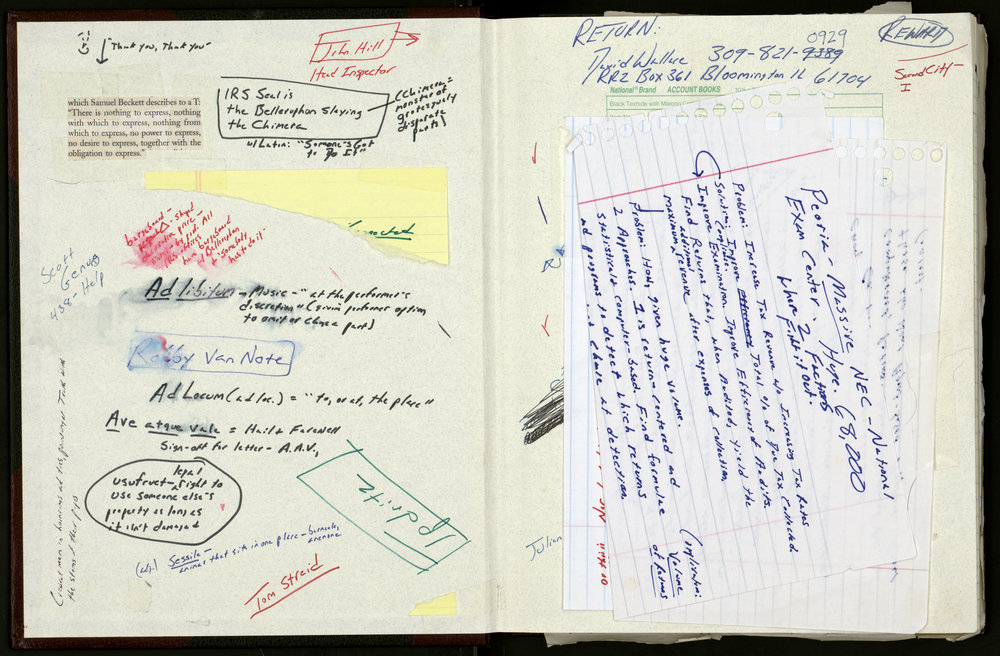 Materials related to David Foster Wallace’s posthumous novel The Pale King (April 2011) are now open for research at the Ransom Center. The materials related to The Pale King were acquired as part of the Wallace (1962–2008) archive in 2010 but were retained by publisher Little, Brown and Co. until after the book’s publication and the subsequent publication of the paperback edition.

The materials have been organized according to a spreadsheet developed by Wallace’s editor, Michael Pietsch. Pietsch, then-executive vice president and publisher of Little, Brown and Co., spent months reading through and organizing the material and found what he called “an astonishingly full novel, created with the superabundant originality and humor that were uniquely David’s.”

In conjunction with the publication of The Pale King, the Ransom Center partnered with publisher Little, Brown and Co. to offer an online preview of materials from the archive in April 2011.