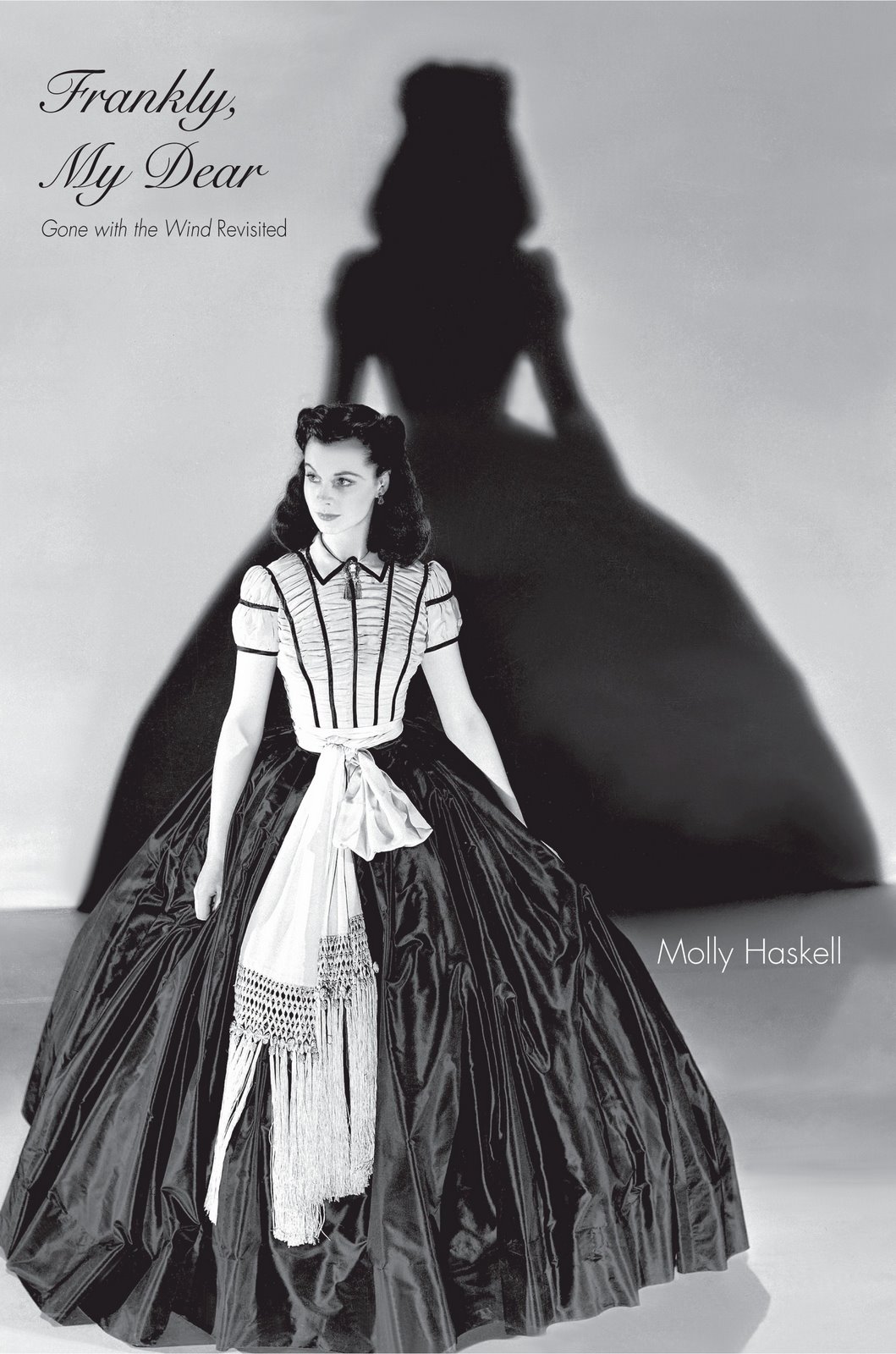 Molly Haskell, film critic and author of Frankly, My Dear: Gone with the Wind Revisited, explores the popularity and influence of both the book and film, from their first appearance to the present on Wednesday, November 19, at 7 p.m. The program, which is held in conjunction with the exhibition The Making of Gone With The Wind, will be webcast live.

In her book Frankly, My Dear, Haskell explores how and why the saga of Scarlett O’Hara has kept such a tenacious hold on the national imagination for almost 75 years. In the first book ever to deal simultaneously with Margaret Mitchell’s novel and David O. Selznick’s film version of Gone with the Wind, Haskell seeks the answers. By all industry predictions, the film should never have worked, but Haskell argues that what makes it work so amazingly well are the fascinating and uncompromising personalities involved of Mitchell, Selznick, and Vivien Leigh.

Below, Haskell answers questions about her own experiences with Gone With The Wind, her take on Scarlett O’Hara’s legacy, and more.

You talk about how the popularity of Gone With The Wind might have diminished its reputation in the eyes of critics: “According to the stern moral axiom that a film can’t be both great and popular, our affection for it is almost a mark in its disfavor.” (pg. 34) Why do you think this is, and do you think this rings true for films today?

​If you mean the movie, I can’t pinpoint the date. I read the book when I was about 12 or 13, swallowing it whole overnight. By the time I saw the film, I was a little more ambivalent about Scarlett: she was gutsy, courageous, ambitious, indecorous (all pluses to my way of thinking), but she was also a Southern belle, something I very much didn’t want to be. Except just a little!​

You noted certain parallels between Margaret Mitchell and Scarlett O’Hara. To what extent do you think Mitchell wrote herself into the role of the protagonist?

​I think she thought she was creating Scarlett in the image of her grandmother, a powerhouse of a lady (as were the war widows and survivors of her generation, in Mitchell’s eyes). But so much of the flapper-micshief-maker-tomboy Peggy Mitchell went into the role, and with such ​galvanic force, that she became the heroine almost in spite of her author.​

When Gone With The Wind emerged, girls and young women everywhere fell in love with Scarlett as a role model for passion and independence. Do you think Scarlett is relevant to young women today?

​Definitely if viewers are able to see beyond the Southern manners, the period trappings, and the always troubling treatment of slavery and the blacks. Scarlett has so many modern offspring, women who have been liberated by feminism (and women’s suffrage, for which Mitchell’s mother fought), without necessarily acknowledging it: Madonna, Lady Gaga, even the Sex and the City babes and Girls!.​

When casting Scarlett, Selznick reviewed more than 1,400 candidates over two years and spent $92,000 before settling on Vivien Leigh for the role. Can you describe the level of desire and competition for girls who were dying to be Scarlett?

​It was not just the great role of 1939, it was the role of a lifetime. Actresses who were completely wrong for it, like Katharine Hepburn, campaigned. Stars who hadn’t auditioned in years auditioned for it, while others covertly let it be known that they ​were available. Selznick scoured the South. Women wrote to Mitchell begging her to intercede for them. The “quest” stoked stories and filled fan magazines, until it seemed as if everyone in the country had weighed in one way or another. And not just as to the role of Scarlett, but Rhett Butler, too. Though that was practically unanimous: Clark Gable.

Do you think there are any actresses today who could come close to Leigh’s performance?

​It’s hard to say, since we no longer have the studio system grooming stars, and no longer want or expect the particular kind of glamor that those stars radiated. It’s such a different game, and each era’s definition of what’s convincing and “real” in acting changes radically. This is a good thing, I think. Who would want to recreate that unique experience? When people try, as in remakes, it usually fails.

Image: Cover of Molly Haskell’s Frankly My Dear: Gone With The Wind Revisited. 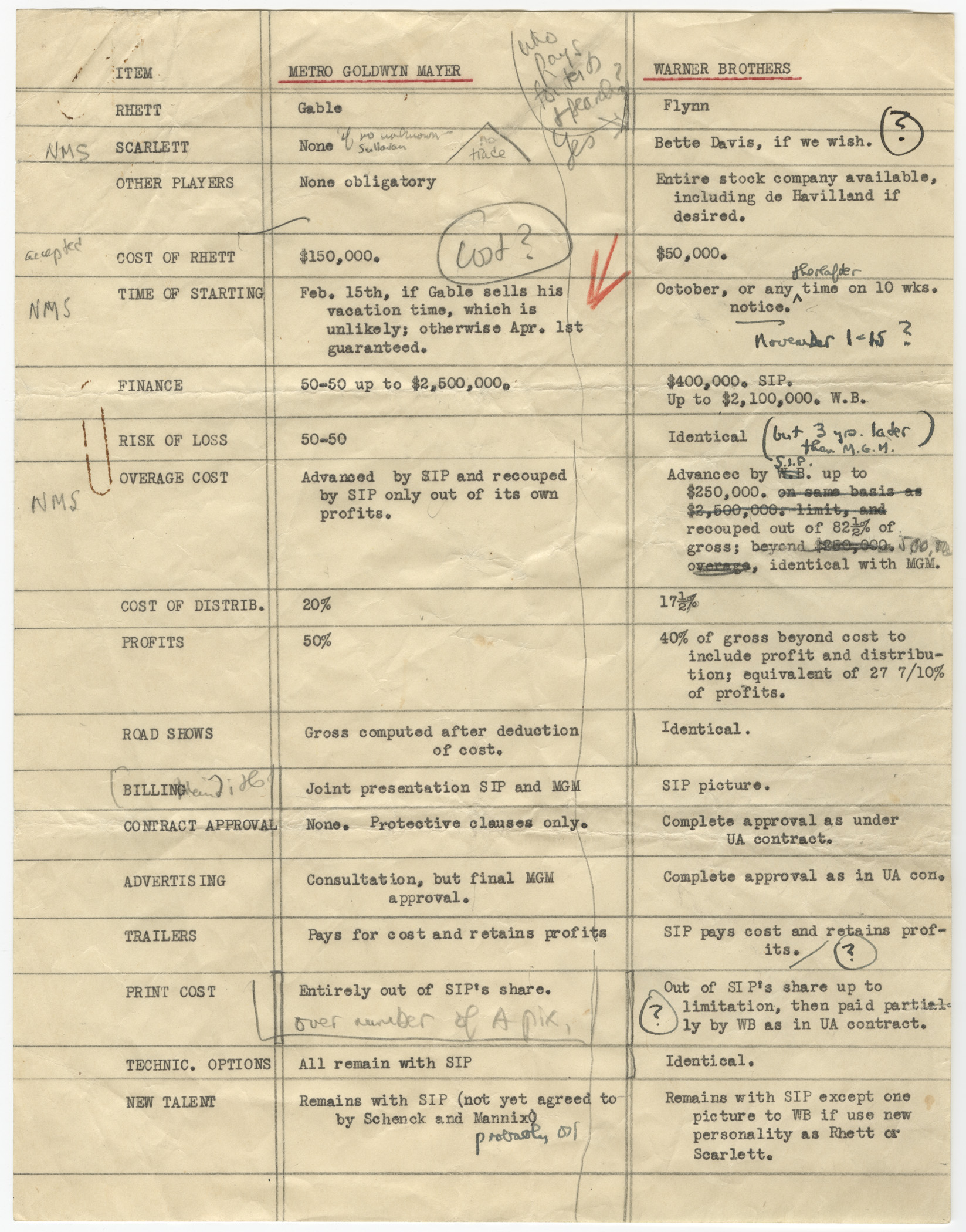