Posted on August 7, 2020 by Sydney Pattillo Posted in Beyond the Stage

Thousands of incoming freshmen and transfer students are preparing for their first days as Longhorns, a time filled with excitement and anxiety even without the backdrop of a global pandemic. In a typical year, they’d be counting down the days to UT Orientation, when stepping on campus signifies the beginning of their college journey. This year is different. This year, the first step on their college journey is through a computer screen. Luckily, thanks to a collaboration with Theatre and Dance students Andrea L. Hart, Anna Skidis Vargs and Zoey Crow, these incoming Longhorns get to experience the energy of The University of Texas at Austin, despite being unable to attend orientation on the 40 Acres.

Every year for UT Orientation, New Student Services collaborates with the Department of Theatre and Dance to create performances that introduce incoming students to important aspects of campus life. This year, M.F.A. in Directing candidates Anna Skidis Vargas and Andrea L. Hart were tasked with writing and directing shows for orientation, complete with projection designs by M.F.A. in Design and Technology candidate Zoey Crow. These performances, located on campus, are some of the first moments that immerse incoming freshmen in the world of UT. With orientation being presented online, the shows that Hart, Vargas and Crow were developing became even more essential to welcoming incoming students since they wouldn’t have the historic Hogg Memorial Auditorium or the winding sidewalks to greet them. 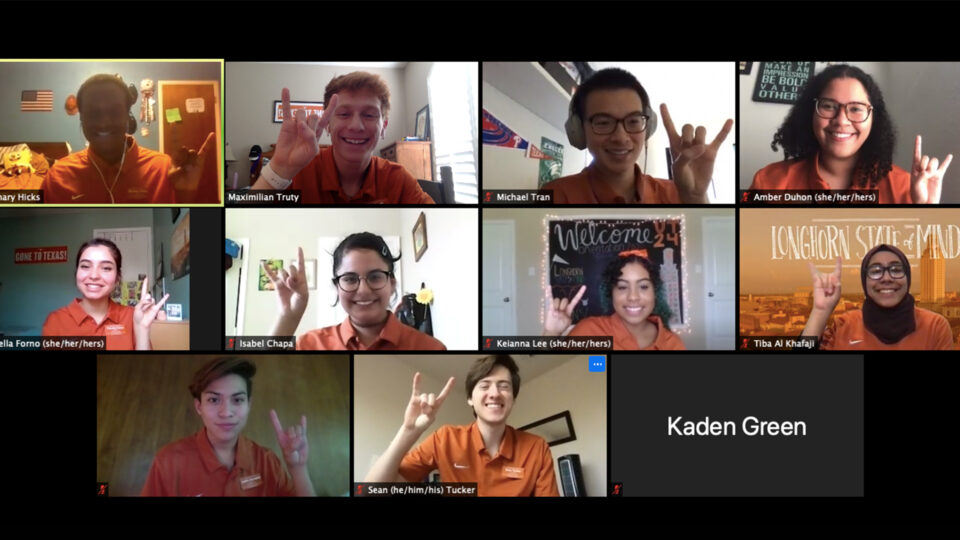 According to New Student Services coordinator Emmy Edwards, Hart, Vargas and Crow were up for the challenge. Edwards worked with Hart on this year’s campus safety video, which Hart wrote and directed for a cast of orientation advisors (OA’s). Edwards noted that, “Her direction and writing process was collaborative, innovative and incredibly adaptable, not only to the insights of our students but also to our remote learning experience.” Hart worked with the OA’s, most of whom had little to no acting experience, helping them with line delivery and recording over Zoom. She collaborated with her cast to find fun and meaningful ways to communicate important information to their online audience.

Vargas also worked with a cast of OA’s, setting the stage for orientation with the opening session performance, entitled “The Longhorn State of Mind.” She wrote the script in collaboration with her cast to engage incoming students during their first session of orientation. OA and UTeach Theatre major Indya McKnight, one of her actors, shared that Vargas “worked with each of [the OA’s] individually over Zoom, reading through the script and coaching us on our lines to ensure we had some great content.” Vargas let each OA’s personality influence their performance and even their backgrounds, encouraging them to create “Longhorn Corners” in their rooms for the recording.

Without a theatre to perform in, Crow also had to adapt to new tasks. Unable to provide projection designs for these online shows, she took over video editing, working with both Vargas and Hart to piece their respective recordings together. She also designed eye-catching animations for the opening session performance. Crow, Hart and Vargas worked together to create content that would keep incoming students, watching through their screens, interested in what was being communicated to them.

“It was moving to see how the arts provided us such an adaptable medium to reach and support our incoming students. Beyond that, the mastery with which the artists, our directors as well as our video designers, created work that not only met the needs of remote learning but that was truly excellent,” shared Edwards. Hart, Vargas and Crow dedicated hours of thoughtful work towards making sure that, though orientation wouldn’t be on campus, incoming students would get a taste of life as a Longhorn, preparing them for the amazing years yet to come. 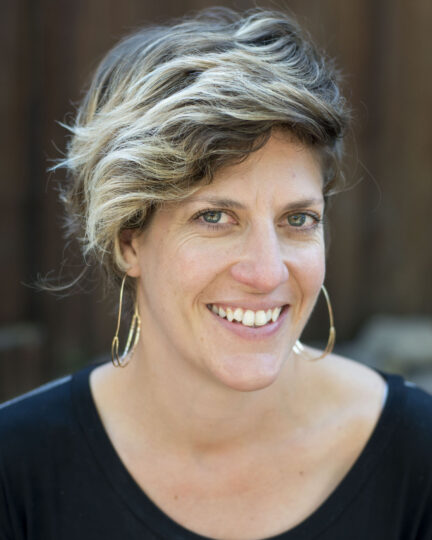 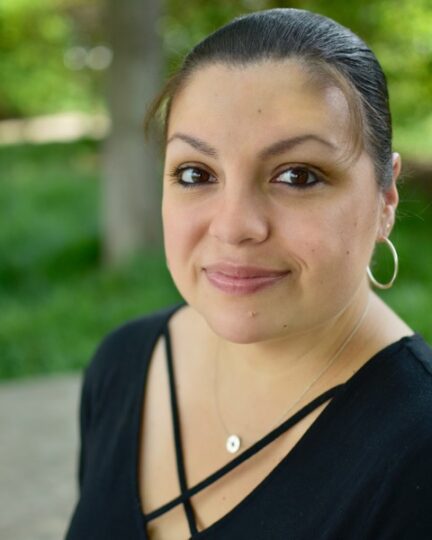 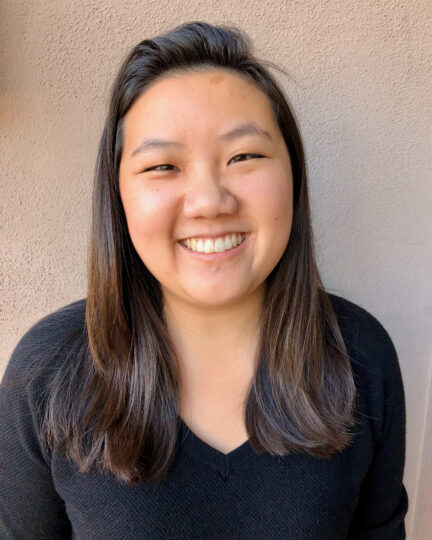