The story encapsulated in Isaac Gómez’s La Ruta is immediate, centering around nine women whose lives have been altered – shattered, even – by the ongoing femicides near Ciudad Juárez, Mexico. Though it’s set nearly three decades ago, the struggles, fears and hopes of these women are very much alive as the number of disappearances continues to rise to this day. To harness the essence of these women and their struggles in a play seems a daunting task in and of itself, but strip away the stage, the lighting fixtures and the set and the hurdles of telling this story seem nearly insurmountable. This is where the creative team of La Ruta found themselves midway through the summer; this is where their journey of innovating, experimenting and reimagining the play began.

Towards the beginning of their process, the production team, helmed by director Anna Skidis Vargas, had created big and beautiful plans for their in-person production. Slated to open in the Oscar G. Brockett Theatre, the group was hopeful that by the fall semester they would be back in the space creating a piece for an audience of people. Projection designer John Erickson and lighting designer Amber Whatley had already started planning their designs for the Brockett’s stage, while costume designer Harold Horsley had sketches of costumes that they hoped to create and fit for each actress. Scenic designer Tara A. Houston had created a model of her design, complete with giant pink crosses that doubled as street lights, reminiscent of the numerous pink crosses that have been planted near Ciudad Juárez as a call for justice for the missing women.

However, as the days grew closer and the pandemic continued to rage, the hopes of an in-person production grew further and further away. Around the time of casting, Skidis Vargas and the creative team made the official decision to tell this story in a completely remote, virtual way, partly so that they could cast their actresses based on who “was the best match for the heart of the character,” according to stage manager Skyler Taten, and not just those who felt comfortable coming back to the Winship building. As a result, the whole collaborative team will perform, design and direct from their own locations, coming together through the screen to tell this story safely. But with this altered way of creating came multiple challenges – how could they fit all the personality, love and emotion of the play into a screen?

The creative team set to work reimagining their plans for multiple small locations that would be combined through livestream technology. Skidis Vargas and assistant director Roberto Soto brainstormed ways to portray their actresses braiding each other’s hair, sewing and even fighting without being in the same room. They worked with the cast to help bring these raw, real and resilient women to life, even rethinking the three-woman ensemble, who now perform the stage directions during the play. According to Skidis Vargas, the production could be a radio play, complete with these stage directions and robust sound design. They welcomed music director Jesse J. Sanchez to the team, who arranged original, haunting and beautiful music to accompany the piece. Sound designer Lowell Bartholomee has filled in the gaps with incredible detail, knowing that any sound needed to be completely clear without an entire auditorium to soak it up. The sound design and music already hold an important role in the telling of La Ruta, but in this virtual performance, these are now the aspects that reach out of the screen to transport audiences to the world of the play. 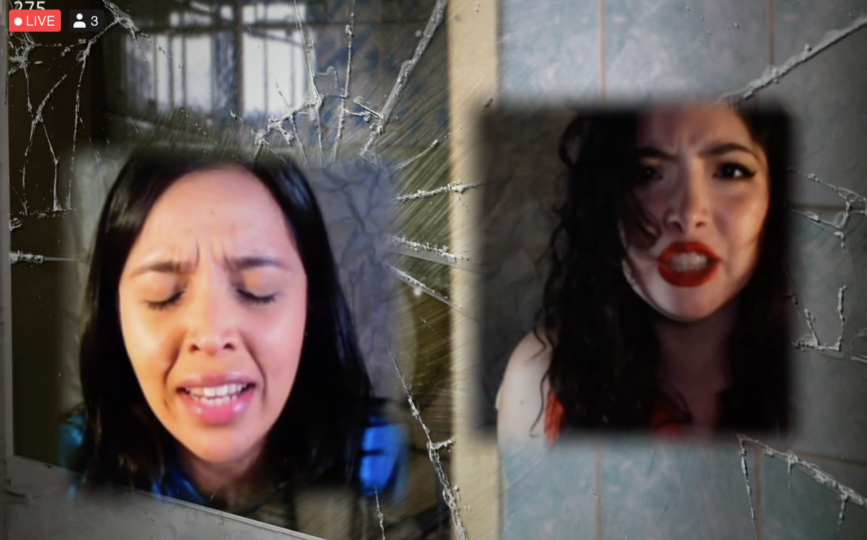 The other designers adapted as their tasks began to take new shapes. Each artist reexamined how they could best contribute to the story of La Ruta with this new medium. Projection designer John Erickson took over designing the livestream itself, creating what he calls “anti-Zoom” by using softened frames for each actress’s performance, which are then layered on top of images to help establish ambiance and create a dynamic viewing experience. Scenic designer Tara A. Houston created backdrops made of crumpled paper that provided lighting designer Emily Novack with what Houston called “textured possibility” to create dynamic lighting looks, which are controlled remotely. These backdrops, lighting and recording elements were shipped to each actress individually. The giant pink crosses that were originally in Houston’s scenic design were reimagined as handheld crosses, “almost like a candle,” as Taten noted. Though the grandiose set was replaced with paper, the root of the play – the pink crosses that symbolize those lost – still remains, like candles shining light on these ongoing injustices.

This virtual presentation of La Ruta may not be what the team had expected, but what they have created is a cohesive, full length play with imagery, sound, lighting and truthful acting telling an important story in a way that can reach far beyond the walls of the Winship building. Though it posed a unique challenge, the designers expressed appreciation for the new skills they’ve developed throughout this educational process. Their adaptability speaks to the resilient nature of theatre artists, but more than that, it has helped them showcase a production that needs to be seen. La Ruta shines a light on the trauma experienced by countless women, and this virtual rendition allows for the story to travel outside of the Winship building; outside of the university; outside of Austin. Their production is a celebration of the strength and vibrance of Mexican women, but it is also a call to action that reaches through the digital world and provokes audience members in an immediate, intimate way.

Special thanks to the La Ruta dramaturgy team, Yasmin Zacaria Mikhaiel, Montserrat Santibáñez and Juleeane Villarreal for conducting the interviews with the creative team that were used for this piece. Click here to listen to the interviews in full.

La Ruta will be streamed live October 23-24, 2020. Tickets and information about the performance area available here. 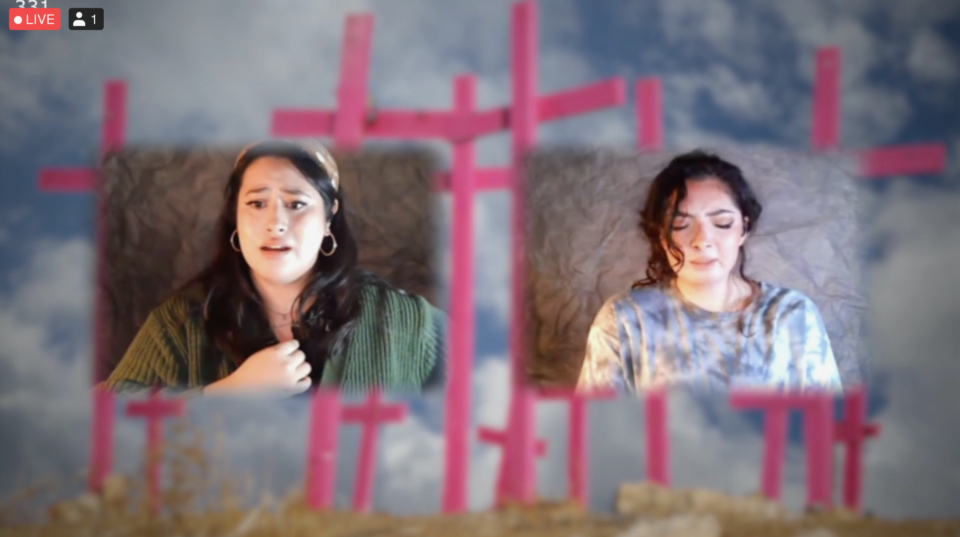