Although seven days is not enough time to even get over jet lag, the week Jessica Carrillo and I spent in Beijing proved to be a very fruitful experience. Rushing from one side of the city to another, we were able to interview several organizations and scholars involved in demand reduction campaigns in China. They were generous enough to candidly offer their perspectives—to my surprise, given my previous experience with reluctant interviewees in China—and went out of their way to answer all of my sometimes-politically-incorrect questions. Below are what I thought were some of the most interesting takeaways. 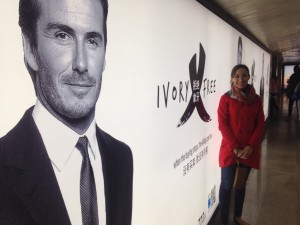 Are general population campaigns effective? Wouldn’t it be better to create campaigns that targeted those identified as the main consumers of illegal wildlife products?

Almost all of the organizations interviewed agreed that general population campaigns are necessary to reduce the consumption of illegal wildlife products. Even though campaigns should be adapted according to the species and the population to be reached (students vs. housewives vs. businessmen), they argue that there is value in trying to target the general public. In their view, everyone is a potential consumer or knows of someone who is consuming these products. By creating awareness on the origins of these products, people might be more likely to negatively perceive this consumption—avoiding buying themselves and/or urging others to do the same. In most Chinese people’s minds there exists no real link between what they are buying and the animal that had to die for them to have these products. Therefore, these organizations aim at creating this link: “if they understand that animals have to be killed, they will be less likely to consume.”

However, special campaigns also need to reach the elite that is prone to buying the most expensive wildlife products (e.g. big pieces of ivory and rhino horn). Some organizations have already started targeting this group through innovative means. They have partnered with key opinion leaders in the business sector (including Alibaba’s founder, a real estate mogul, famous traditional Chinese painters and a CCTV executive) to transmit a message that will appeal to their followers (i.e. “fandom”), mostly other businessmen and government officials. The messages involve looking down on wildlife “gifts,” painting consuming illegal wildlife as something de-humanizing and unworthy, and convincing potential buyers of the “bad” investment that ivory is. 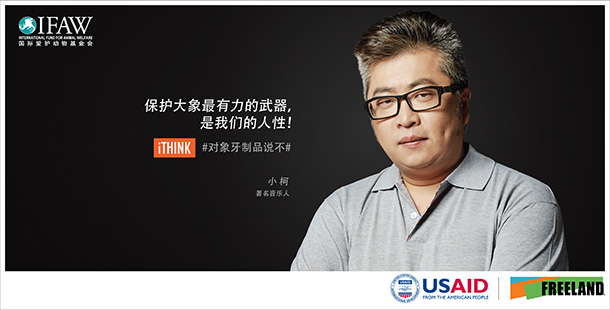 If the Xi administration were to ban the consumption of rhino horn and the purchase of ivory, would it be an effective strategy (like it was in banning shark fin soup)? If so, what is stopping the government from doing this?

In the view of every interviewee, governmental support is a key element of a successful campaign. All of them referred to the ban on shark fin soup as an example of the level of impact that a campaign can have when the government backs it with enforcement and public messaging. In fact, several organizations have been urging governmental authorities to apply the same strategy to the consumption of other popular illegal wildlife products, such as tiger bone, rhino horn, bear bile and elephant ivory. Unfortunately, the government has been more reluctant in backing these efforts.

Here I should note that to speak of “the Chinese government” as a monolithic entity opposing wildlife protection would be an unfair description of the actual situation. In fact, we were surprised to discover that the Chinese government is split between different factions with varying levels of support towards wildlife conservation efforts. On the one hand, CCTV—the state owned television network—was been quite supportive of environmental efforts. Several organizations reported having received in kind donations in the form of free TV airtime, subway and road advertisement, and magazine publications, as well as coverage of relevant wildlife-related news.

On the other hand, for many environmental NGOs the State Forestry Administration (SFA) is one of the toughest interlocutors within the Chinese government. Although China’s Wildlife Conservation Law establishes that the SFA is the entity in charge of the implementation of wildlife protection laws, our interviews surprisingly revealed that this organ in fact has represented an obstacle in the combat against illegal wildlife trade. Until recently, the SFA had as its primary mission the exploitation of wildlife products and the regulation of its trade. In other words, they were responsible for overseeing how China could profit from the hunting, farming or catching of wildlife species. For this reason, for example, they encouraged the capturing of wild bears—albeit not the killing of them—to cage them and “milk” their bile (!). According to Chinese regulations, once a wild animal is caged, it no longer is “wild” by the law and therefore is subject to a different set of regulations.

Conservation and animal protection organizations have (of course) manifested their concern regarding these practices. They have lobbied for the revision of what they call the “animal utilization law” (i.e. China’s Wildlife Conservation Law) and have recently managed to convince the government of revising the role of the SFA with respect to animal protection. But some interviewees were pessimistic as to how fast these changes will be in fact implemented—modifying the standard operating procedures of the SFA might take too long and will certainly face opposition from members of this entity, particularly those who have been benefited (economically) from the oversight of wildlife farms.