The UNWTO defines this as the multiplier effect:

The economic value of tourism can be defined as the result of all economic impacts caused by tourism. These impacts are direct, indirect and induced through the total of tourism expenditures, creation of employment, positive and negative externalities, revenues from taxes and other public charges, foreign exchange earnings and the related multiplier effects. 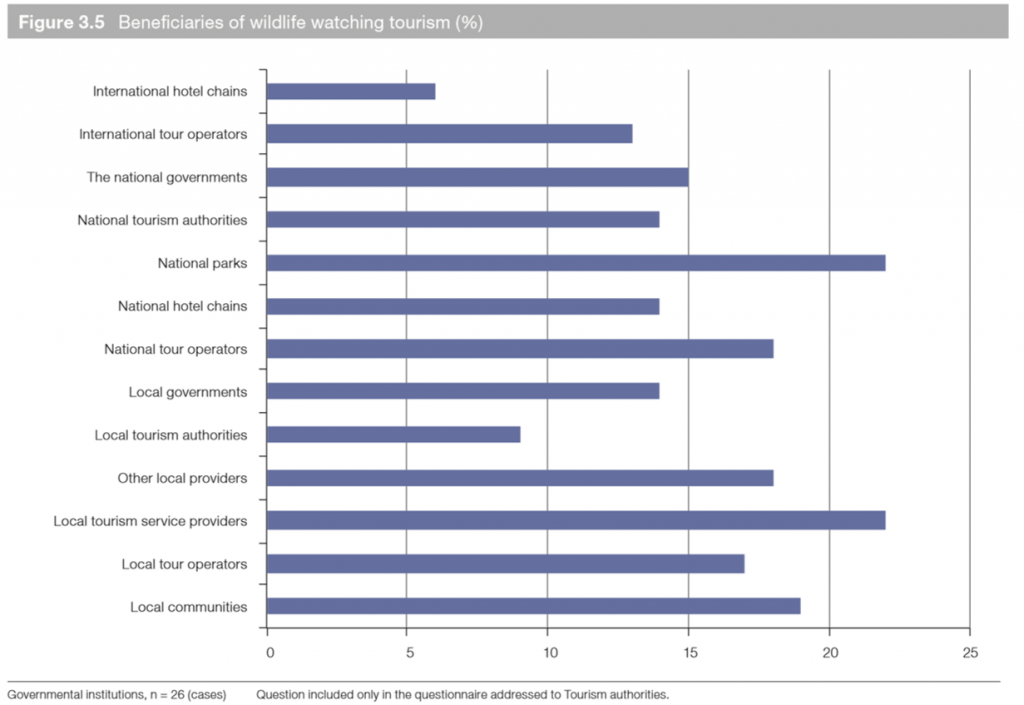 While this effect provides clear economic benefits to numerous individuals and sectors within a country, governments do not always capitalize and maximize these benefits. The World Bank report on tourism in Tanzania states that tourism could have a greater effect on the local economy, however:

The benefits derived from the industry are not optimal due to the following reasons: (i) foreign visitors come to Tanzania through pre-arranged packages booked abroad; (ii) over 90 percent of tourism activities are concentrated in two geographical areas; (iii) the sector has become less labor intensive over time; (iv) there are weak linkages with local communities and businesses; and (v) inefficient tax systems with complex and non-transparent mechanisms prevent the optimal redistribution of rents from tourism.

This World Bank report implies that Tanzania is losing potential profits due to inadequate tourism industry management. In previous blog posts, I discuss ways governments can directly promote ecotourism and the conservation of wildlife. This blog posts serves to reinforce the importance of ecotourism in some national economies and shed light on the  full economic impact of wildlife viewing.

Countries encountering wildlife population declines and dwindling ecotourism industries are on the verge of losing more than a percentage of their GDP. The collapse of a wildlife viewing industry in sub Saharan African countries will be felt far beyond the tourism operators and immediate beneficiaries. Therefore, African countries, with the support of the US Government should continue to address the declining wildlife populations in Africa and continue to seek sustainable long term solutions to ensure these wildlife viewing industries not only maintain the status quo, but also maximize the potential direct and  indirect economic benefits of the charismatic mega-fauna that populate these countries.