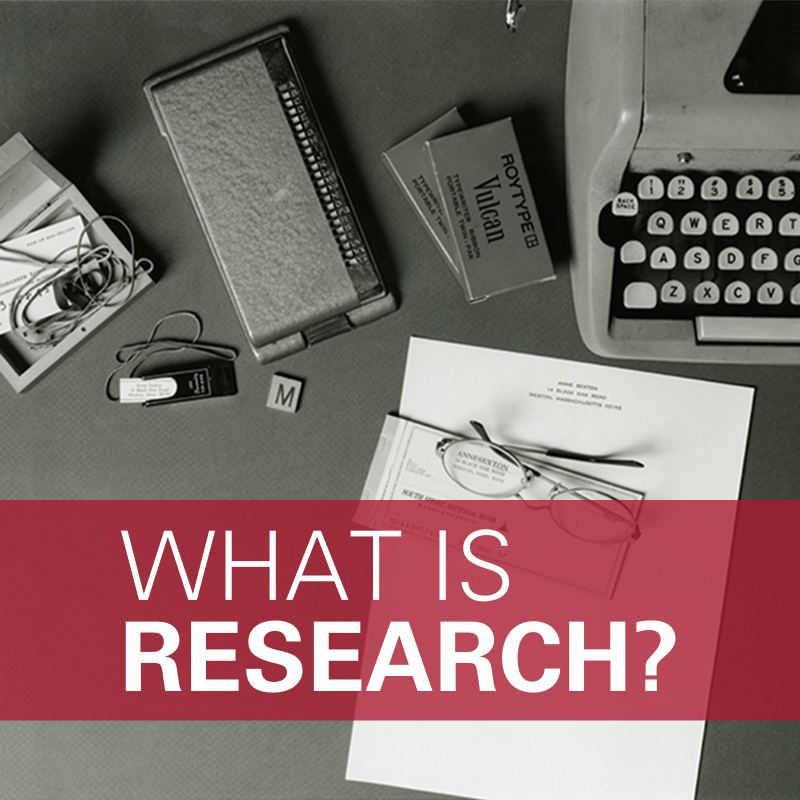 The above conversation comes from a recording of Anne Sexton, Pulitzer prize-winning poet, visiting with a class of students at Sweet Briar College in April 1966. It was the morning after she had given a poetry performance, and Sexton was asking a nervous student to read one of her poems. The night before had, by all accounts, ended with Sexton being carried out of the after-party, incapacitated by a combination of pills and martinis and accompanied by her 13-year-old travel companion, her daughter Linda, and her host, Philip Legler, with whom Sexton would exchange passionate, intimate letters for years to come [1].

Indeed, the recording begins with an older male, possibly Legler, calling this moment, this morning, “a true morning after” and Sexton raucously announcing at one point, “Now girls, let me explain to you that I was turned on last night and I’m turned off this morning because I’m never turned on early in the morning.” This anecdote sounds just like the Sexton we hear about most: fabulously if not carelessly drunk, adored if not feared by her young daughters and her actual or potential paramours, and outrageously outspoken about her body, its functions and disfunctions. Sexton remains, in part, as Alicia Ostriker has written, “ the easiest poet in the world to condescend to’[2]. Yet, as Ostriker also reminds us, it’s complicated. Sexton is complicated. Reading Sexton’s poetry is complicated. It is, after all, hard to get a poem.

This short piece is on the slow research work involved in “getting a poem,” both physically and conceptually, when the object of study is recorded on archival, time-based media and how important that work is when it can tell a different story than the story we usually hear.

It is not coincidental that audiovisual (AV) materials make up less than one percent of both Europeana and the Digital Public Library of America. AV is more difficult to collect, preserve, and serve to patrons than textual materials in a digital environment. Likewise, it is not unusual that only one percent of the dissertations published in the English Department at UT Austin between 2008 and 2018 mention the use of audio materials. How many times has anyone passed around a recording of a poetry performance in class in order to share their notes on a particular passage or highlight a certain turn-of-phrase? Let’s be real. They (we) typically don’t.

We don’t use audio recordings in our research or our teaching for a variety of reasons, not least of which is that accessing, annotating, copying, sharing, and just plain listening to audio can be complicated tasks. Doing research with recordings is complicated. It is, after all, slow.

Take my own work with this recording of Anne Sexton as an example. The recording represents the kind of research material one does not typically find: a famous poet talking to students about writing. It illustrates a side of Sexton that is not the popular take, one in which she is thoughtful, caring, well-read, and serious about her craft. On the recording, Sexton reads from some of her printed poems, and she makes side comments about word choices or background information. “Rattling” through piles of paper, Sexton walks students through drafts of several of her poems and explains their evolution, declaring which were good changes and what was “bad writing.” She talks about what makes reading a poem hard, and at the behest of a student, pontificates on “what the most important thing to learn about writing is”. She talks about teaching at Harvard, about poets as liars, about the “feminine mystique” (albeit briefly), about interviewing for The Hudson Review, and about publishing in The New Yorker, and more. The recording is of such stuff that researchers’ dreams are made. Yet, with this piece, the Harry Ransom Center is releasing this recording of Sexton’s visit to a classroom in Sweet Briar in 1966 for the first time.

There are real, logistical reasons that the recording hadn’t been previously released. These days, if an object like this Sexton recording is in pretty good shape, digitization is a straight forward process that can be relatively inexpensive and fast. Also, content management systems that serve and present audio in appealing ways are more prevalent now than ever.

At the same time, much like a cassette or a reel, a digitized AV file is a blackbox. At least with paper materials, a processing archivist can browse and briefly summarize the content. With an AV object lacking a label, however, what’s inside is anyone’s guess. Even labeled, the item might still include material under copyright or that is personal or offensive.

When an archive like the Center receives an acquisition, there may not be enough staff to take the time needed to responsibly process recordings, describing them and organizing them for access. Often, cultural heritage institutions do not make AV materials freely accessible online because they simply do not know what they contain. To be sure, when the Center needed the gracious permission of Linda Gray Sexton, Anne Sexton’s daughter and literary executor, to make this recording available, she very likely was not sure what was on the tape either until I transcribed it. Special thanks to Linda Gray Sexton for her support of this project. The process for creating access to audio collections is slow.

I’m doing this slow, slow work, I’m learning about Sexton’s long and slow process of creating poetry, about the long and slow process of recording and making copies in real time, and about the process for making my own slow research accessible to others, who, in turn, will much more quickly access this recording even as the interpretive work required to build the narrative around a poet’s life and work will remain slow. So, I’ll put it my way: listen slow. Just keep thinking that to yourself, because it’s hard to get a poet.
—TANYA E. CLEMENT

I can illustrate this kinship by describing my process for creating access to this artifact as one that was both about the material object and about an approach for creating access that was guided by my perspective as a scholar of both literature and digital humanities. I am the primary investigator or lead of a digital humanities project called AudiAnnotate of which the basic idea is to create more free and easy opportunities for annotating and sharing annotations on AV recordings. Annotations are what John Unsworth [3] has called “a scholarly primitive” – an essential humanities method for adding context and meaning to cultural objects of study for use in research, teaching, and publication.

Researchers annotate books when they are taking notes; students annotate print-outs of poems when they are discussing them in class; friends annotate faces on images on social media when they are trying to direct attention to a person on their post. With AV materials, users may want to annotate when a speaker is speaking and who they are; the presence of chickens, gunshots, helicopters, or audience feedback for a better sense of the environment; when a speaker laughs, sings, yodels, plays an instrument or switches languages in order to understand the genre of a performance.

Annotations have been the basis for engaging audiences with cultural objects since monks included commentary on medieval manuscripts to current online scholarly pages, editions, and exhibits. To create a workflow as we have done in AudiAnnotate that facilitates the creation and sharing of annotations online is at root what makes it a digital humanities project.

Let’s forget for a moment (which I have not!) that I spent years acquiring advanced degrees in digital humanities, literature, and creative writing and have published already on Anne Sexton, her poetry, and her recordings [4]; that the team that I am leading has been awarded two major grants for AudiAnnotate, including most recently generous support from the Andrew W. Mellon Foundation, conceptualizing, developing, implementing, and testing the AudiAnnotate workflow; and that the Center has acquired, kept safe, and digitized this audio artifact alongside a wide range of Sexton’s manuscripts in conversation and partnership with Linda Gray Sexton – all of which is work that brought us to this article.

Instead, I’d just like to describe here, in 10 easy steps, why annotating this particular audio artifact was such a slow process.

Creating access to and doing research with recordings is slow. At the end of the recording, the student recordist leaves a note to Sexton. “This is that fool with the tape recorder,” she begins. She goes on to explain, with much humility, why her perfectly adequate copy for Sexton (the one to which we now have access) was so “lousy…[.] It was because of misaligned speeds between the playing and recording devices,” she admits. “It seems,” she says, “that even though you put both recorders at 3 3/4 inches per minute that they just don’t come out the same, as you can hear.” That is, one device’s reel was revolving slightly more slowly than the other even though they were set to turn at the same speed. There is a misalignment in time.

Likewise, all the while I’m doing this slow, slow work, I’m learning about Sexton’s long and slow process of creating poetry, about the long and slow process of recording and making copies in real time, and about the process for making my own slow research accessible to others, who, in turn, will much more quickly access this recording even as the interpretive work required to build the narrative around a poet’s life and work will remain slow work. So, I’ll put it my way: listen slow. Just keep thinking that to yourself, because it’s hard to get a poet.

Tanya E. Clement is an Associate Professor in the Department of English at the University of Texas at Austin. Her primary areas of research are textual studies, sound studies, and infrastructure studies as these concerns impact academic research, research libraries, and the creation of research tools and resources in the digital humanities (DH). She has published widely in digital humanities and literary studies.