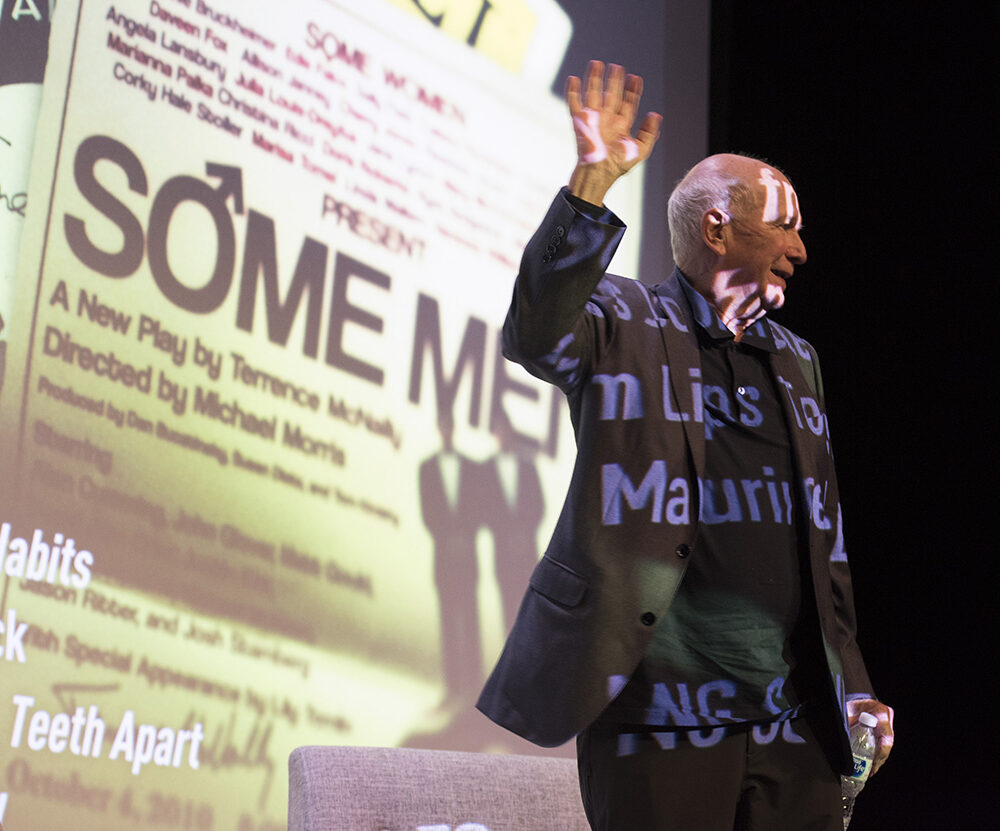 Terrence McNally, who authored more than 80 plays, musicals, and opera librettos before he died earlier this year (read Texas Monthly’s tribute) was born on this day in 1938 in St .Petersburg, Florida. He graduated from high school in Corpus Christi, Texas, and became one of the most respected American playwrights due to the success of works like Master Class, The Lisbon Traviata, and Frankie and Johnny in the Claire de Lune.

An LGBT activist throughout his life, McNally’s Andre’s Mother and Love! Valour! Compassion! humanized the AIDS crisis and his play, Corpus Christi, grappled with contemporary homophobia and hate crimes, according to Ransom Center curator Eric Colleary, who interviewed McNally in 2018 ahead of a special series of tribute events held at the Ransom Center and ZACH Theatre in honor of his 80th birthday.

In that interview, the award-winning playwright said, “Theatre has the power to change people when all the elements—script, performance, design—are aligned in perfect harmony to reach across the stage and lift the audience en masse to a new level of awareness and collective emotional resonance.”

Theatre has the power to change people….
—TERRENCE MCNALLY

McNally received five Tony Awards in his lifetime—for Kiss of the Spider Woman (1993), Love! Valour! Compassion! (1995), Master Class (1996), Ragtime (1998), and for Lifetime Achievement in the Theatre in 2019. He was also inducted into the prestigious Academy of Arts and Letters in 2018, one of the highest recognitions of artistic merit in the United States.

He established his archive at the Ransom Center in 1999, growing it over the years to include his most recent play, Fire and Air, which premiered in 2018.

Every Act of Life, a documentary about McNally’s life, was directed by Jeff Kaufman and was released in 2018 (watch the trailer). View a list of his plays and see a biographical timeline (PBS.org) of his life and works.

When asked what advice he might give his younger self, he said, “I would listen to my peers and not my critics. I would make sure I was always surrounded by people who were smarter than me—people I would learn something from and not feel superior to. I would travel more. I would do more things that terrified me.”

McNally’s legacy lives on through his archive at the Ransom Center and on stages around the world.