Neie is a junior at The University of Texas at Austin studying English Honors and Rhetoric & Writing. Her main research interests include American poetry, the rhetoric of the feminist movement, and young adult fiction. 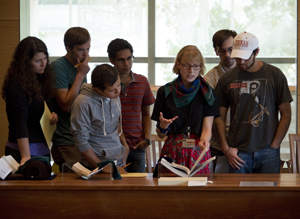 Before spring of last year, I had only heard David Foster Wallace referenced by acquaintances and a TV show character with an affinity for oversized novels. When I was applying for my undergraduate internship at the Ransom Center, I noticed that the Center had acquired Wallace’s archive and opened it for research. I knew that a course on Wallace was being offered by the University as an English Honors seminar during the fall semester, and the opportunity to combine my academic studies with my new internship seemed like a perfect way to enhance my first experience with Wallace’s work. What I believed to be a simple coincidence turned out to be an unforgettable journey down the rabbit hole that is the mind of David Foster Wallace. END_OF_DOCUMENT_TOKEN_TO_BE_REPLACED 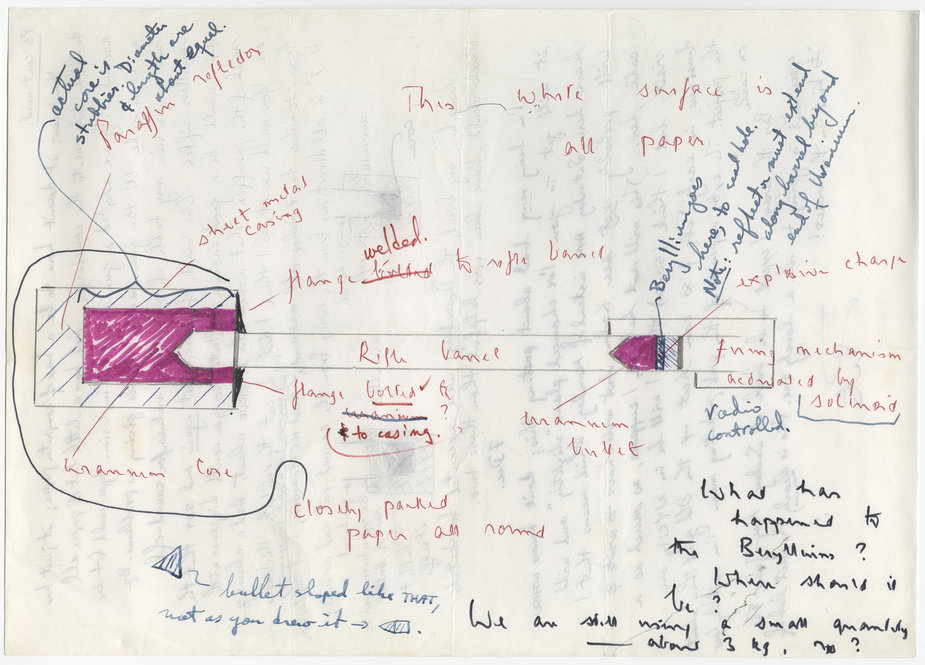 The papers of British author Nicolas Freeling (1927–2003), best known for his internationally acclaimed crime novels, have opened for research at the Ransom Center.  The collection consists of Freeling’s manuscript drafts, correspondence, journals, clippings, and other documents. Freeling is the author of more than 40 novels and has won several prestigious awards for crime fiction, including the British Crime Writers’ Association Golden Dagger award (1964), the Grand Prix de Roman Policier (1964), and the Edgar Allan Poe Award (1966).

Freeling began his writing career in 1959 while serving a three-week jail sentence in Amsterdam after being accused of stealing food. Although he was deported to England shortly after being released, his experience with an Amsterdam detective inspired him to write the first of his famous Piet Van der Valk detective novels, Love in Amsterdam. Freeling continued the series for ten years, and, to the dismay of readers and publishers alike, killed off the beloved detective in the final book.

Two years after writing the tenth and last van der Valk novel, Freeling introduced readers to French police detective Henri Castang, who appeared in 16 novels. He also penned four non-fiction titles, including two books inspired by 12 years of experience working as a restaurant chef, a book of essays about literature’s best crime writers, and his memoir, The Village Book.

Freeling resisted his classification as a crime writer, preferring to focus instead on human psychology and social institutions. The images featured in the slideshow largely represent Freeling’s novel Gadget and excerpts from his journals. His attention to detail in the research process and commitment to realism reveal talents that extend beyond writing excellent crime fiction.

Gadget paints an alarmingly factual account of the implications of the nuclear age and its effects on human behavior and motivation. Freeling worked closely with American physicist Peter Zimmerman to achieve accurate renderings of nuclear instruments, and the two men exchanged notes, research, and drawings throughout the novel’s development, all of which can be found in the archive.

The Freeling papers are a rich and varied resource, with documents ranging from recipes that reveal Freeling’s affinity for cooking, detailed drawings of a nuclear bomb referenced in Gadget, journal excerpts about the effects of drinking wine while writing, and more. While Freeling may be known primarily for his detective dramas, his dedication to the analysis of the human mind is preserved in his papers.

Image: A drawing by physicist Peter Zimmerman with his and Nicolas Freeling’s notes as part of research for “Gadget,” 1971–1975.