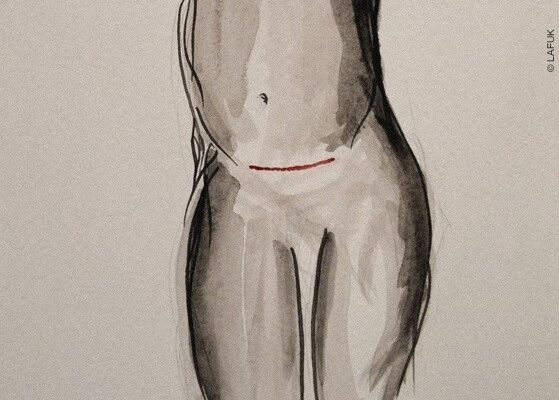 What is a C-section?

A Cesarean section (C-section) is a surgical procedure to deliver a baby through an incision in the abdomen through the uterus. C-sections can be a life-saving alternative to vaginal deliveries for mothers experiencing certain medical conditions or complications. Often, the need for a first-time C-section cannot be predicted until the mother actually goes into labor.

A brief history of C-sections

C-sections weren’t always a readily available procedure. Before the advancement of anesthesia and antisepsis, C-sections were considered a last resort. The concept of cutting into the abdomen of a mother to deliver a baby is not something that just emerged with modern medicine. C-sections had been crudely performed for centuries and it may even be considered the first surgical procedure in human history. The ancient Romans were the first to develop and document C-sections as a medical procedure. Contrary to popular belief, the procedure was not actually named after the emperor Julius Caesar who was reportedly delivered via a C-section. The term “caesarean” is actually derived from the latin word caesus meaning “to cut.”

Until relatively recently in human history, a C-section was usually not even considered until the mother was close to dying or already dead. The Romans actually had a written law called the Lex Caesaria that required the baby to be removed from the womb if the mother died during childbirth. In short, C-sections were not a procedure that a mother was expected to survive. If the baby made it out of the womb alive, they usually suffered severe and sometimes fatal complications.

With medical innovations and the legitimation of surgery as a field of practice in the 19th and 20th centuries, the C-section became a life-saving procedure rather than a life-ending one. Further, there has been a major shift from the home to the hospital as the place of birth over the past century, making C-sections readily available to most. An estimated 98.4% of babies in the United States are born in hospitals, making them the most common place of birth in the United States. Now C-sections can be safely used to proactively improve health outcomes for mothers and babies at the first sign of complications.

Why are C-sections performed instead of vaginal deliveries?

C-sections are one of the most commonly performed surgeries globally for a variety of reasons. Major improvements in the execution of this procedure have drastically lowered preventable causes of maternal mortality and infant mortality.

Why do mothers choose C-sections as an elective surgery?

The global C-section rate has drastically increased in less than a generation. In 2000 C-sections accounted for 12% of all births; in 2015 this rate rose to 21%. In the United States, 1 in 3 babies are delivered via C-section. However, there’s much more to these statistics than mothers just wanting to avoid delivering a baby vaginally. In reality, only 3% of women elect to have the procedure because they are afraid of vaginal birth.

The reason for the drastic rise in C-sections is actually perpetuated by healthcare providers. Patients trust their maternity care providers even though they may not have received a thorough explanation of risks and possible alternatives. According to the national Listening to Mothers survey, women may go through with recommended treatments even if they have little awareness of the extent to which their care and health outcomes are affected by practice variation, side effects, and other nonmedical factors. Thus, it is the providers making the recommendations that contribute most to this growing C-section epidemic.

Health insurance companies put a lot of pressure on healthcare providers to work as “efficiently” as possible. Unfortunately, this leads to the practice of quantity over quality. The more patients the providers see and the more services they provide, the more money they make. C-sections are a much faster procedure to perform than vaginal deliveries, which makes C-sections especially convenient if the provider is paid the same amount for either procedure. There is even greater incentive for performing C-sections when hospitals are financially reimbursed more for cesarean birth rather than vaginal birth. Essentially, providers and hospitals are increasing their rates of C-sections for the sake of making profit.

Healthcare providers may also show a preference for C-sections for the sake of their personal lifestyles. Now more than ever, providers seek and even expect a greater work-life balance than what was possible before. This usually makes them less willing to attend births at night and on weekends and holidays. Planned C-sections, especially on weekdays, are a convenient way for them to maintain that balance sometimes at the expense of their patients. While C-sections offer many benefits to a patient, an unnecessary operation could be harmful.

What makes unnecessary C-sections so dangerous?

Just like all other surgeries, a C-section carries many risks.

If it is not medically necessary, there is no need to put a mother and a baby at risk for these complications as well as extended hospital stays and a longer recovery period.

While it is important to build a trusting relationship with the maternal healthcare provider, mothers should be wary of their intentions. The provider may be recommending the procedure to address a health concern. Although the provider is already legally required to share the risks and benefits of the procedure, make sure to also ask about the risks and benefits of an alternative vaginal birth. Another possible indicator of the provider’s intentions can be seen in the C-section rate of the hospital. You can check https://www.cesareanrates.org/ and https://www.leapfroggroup.org/ for information about your state’s C-section rates and the rates of many hospitals.