↓ Skip to Main Content
Home › Multilateral › The Phragmipedium Kovachii: Is CITES guilty of over criminalization?

The Phragmipedium Kovachii: Is CITES guilty of over criminalization? 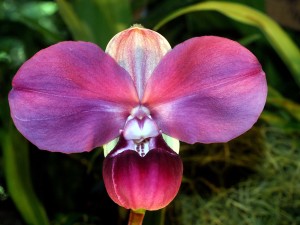 While reports indicate that many species of rare plants, including multiple varieties of orchids, are nearing the brink of extinction, the debate over what to do to protect them rages on. A combination of rampant poaching, greed, and habitat destruction are blamed for their destruction, and strong feelings swirl around the stale cyclical argument of whether roaming orchid collectors are justified in their extraction of rare specimens, supposedly in an attempt to rescue them from habitat destruction.

Because this legal risk is so great, many orchid dealers have stopped importing foreign plants–even those that can be traded legally– while others have sharply curtailed their imports. Perversely, the result of this drop in legal imports has been a blossoming in black-market orchids, illegally imported into the country and commanding large premiums due to their rarity and allure. … Further, there is evidence that regulation has served to increase wild collection and smuggling of rare species. Trade in Phragmipediums surged in advance of their Appendix I listing, leading to the loss of several species. After the listing went into effect, black-market prices rose for many species, increasing incentives for smugglers. Growers, meanwhile, struggled to collect species from the wild legally for propagation. In this way, CITES benefits poachers while putting hurdles in the path of legitimate, conservation-minded collectors.

In 2002 James Michael Kovach, an avid orchid hunter, made a startling discovery in the Peruvian Andes. The phragmipedium kovachii, as it would come to be called, was a foot tall with striking purple blooms. Kovach had never seen anything like it. He smuggled the flower back to the United States to have it catalogued by Selby Botanical Gardens’ Orchid Identification Center, a leader in identifying and publishing new species. Two Selby staff members, recognizing the importance of the discovery, rushed out a description of the new flower. A distinctive member of the lady’s slipper family, named for their slipper-shaped petal pouches, the phragmipedium kovachii quickly became the most sought after orchid of the decade, reportedly black-market specimens had sold for $25,000 or more.

This caught the attention of the Peruvian government, which pressed U.S. authorities to investigate for CITES violations. Eventually, criminal charges were brought against Kovach, Selby Gardens, and its chief horticulturalist, Wesley Higgins. Kovach received two years probation and paid a fine of $1000 for violating the Endangered Species Act.

However George Norris, an elderly retiree and orchid enthusiast, suffered a much worse fate. An importer for over 23 years, Norris was highly regarded as one of the few reputable dealers importing non-hybrid plants, called “species” orchids. He got commissions from botany departments at several universities that needed non-hybrid plants for their research, from botanical gardens, and from the Bronx Zoo when it needed native orchids to recreate a gorilla habitat. Norris was a fixture in the orchid community, and he played by the books.

This did not save him, however, when the federal government raided his home on October 28, 2003, following a rumor that Norris would soon have phragmipedium kovachii for sale. The rumor was false; to this day Norris has never seen one of these flowers in person. But Fish and Wildlife Service Agents burrowed through his records and found the grounds for a case. His crime, at its core, was a paperwork violation: He had the wrong documents for some of the plants he imported (due to the exporters cutting corners or simply mislabeling flowers out of ignorance) but almost certainly could have obtained the right ones with a bit more time and effort. Norris was indicted on one count of conspiracy to violate the Endangered Species Act, five counts of violating CITES requirements and the ESA, and one count of making a false statement to a government official, for mislabeling the orchids. Norris fought the charges but ultimately lost. He spent 17 months in prison, his business is no-more, and his family’s financial situation is can be described as precarious at best.

Today, Norris and his wife have lost their love for orchids. “It’s utterly wrecked our lives,” states Norris. But the hardest blow, explains his wife, has been to their faith in the American criminal justice system. “I got raised in a country that wasn’t like this,” she states. “I grew up in a reasonably nice part of Dallas, I came from a family where nobody had been indicted for anything, and so had George. And the government didn’t do this stuff to people. It wasn’t part of anything that I got taught in my civics books.” The Norris family feels it has been a victim of over criminalization from CITES and overzealous persecution by the U.S. authorities at the Fish and Wildlife Service.

“If collectors are at the root of many illegal trades, most of them consider themselves lovers of nature, and they rarely feel that they deserve to be likened to traffickers who kill elephants and rhinos,” writes GoodPlanet. This was most certainly the case with Norris and Kovach. In fact connoisseurs of these plants often feel that they are helping towards the conservation of these species by preserving them in private collections or reproducing them in greenhouses. Yet opponents of this view argue that these actions may have severe consequences on biodiversity as a whole. So what do you think? Is CITES guilty of over criminalization?