Waste Management, a garbage hauling company in the Texas capital area, committed to turning one of its dumpsites into a Wildlife Habitat Park. The 30-acre park includes a two-mile walk path, wildflower meadows, and circles a pond. The area, now able to be a viable, Texas ecosystem, is being used through a partnership with the Wildlife Habitat Council (WHC) to develop a wildlife enhancement program. Corporate Social Responsibility is not just foundations and sponsored runs anymore.

Waste Management took in this program on in 2004, investing its own money and land to make the habitat a reality. In order to create the park, Waste Management had a biologist come in and do a field and audit review or the landfill property to see which species of plants and animals could inhabit the area. In the Summer of 2004, the final audit was completed by the team of biologists that Waste Management hired and the company was able to move forward with a design for the park that included ways to augment food, water and space for the wildlife.

In 2005, the company hired a team to help with bringing wildlife onto the site. The program is called an “enhancement” program and works to bring local species to new areas, working to conserve and cultivate them. Instead of donating money to a wildlife organization, Waste Management did the conserving itself. It is one of the only Wildlife Habitat Council certified landfill habitats, and has a complex and program designed to involve Waste Management’s company employees, Austin organizations and conservation groups in the management of the property and raise conservation and environmental awareness. Waste Management isn’t outsourcing its role in the community– it is a part of the Austin community. 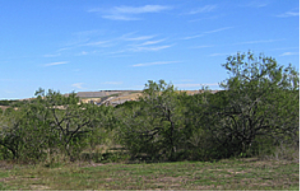 The park is  a true example of a Public Private Partnership. The company on its own decided to fund the program and appropriate its land for conservation but is counting on the community and non-governmental organizations and non-profits to assist in maintaining the park and wildlife. There is a building on the site that has been used by organizations like the Hispanic Chamber of Commerce for retreats and events, which further involves the community by bringing them to the site. It exposes community and business leaders to what is possible in conservation. There is a chance for CSR to work and for companies to be true parts of their communities. It is not just donating money to non-profits or having a foundation. Sometimes it just takes some creativity to make CSR truly transformational like in the case of the habitat park.