Regulation of sport hunted trophies is the primary mechanism for control of sport hunting. The Endangered Species Act prohibits the take of endangered and threatened species (with some exceptions), while import restrictions limit what hunters can do with trophies once the hunt is complete. Special rules applicable to certain species are contained within the ESA, while CITES governs trade more broadly.

In 2003, the Fish and Wildlife Service proposed expanding the use of allowable exceptions, called “enhancement of survival permits” under the ESA to permit expanded trophy hunting under certain circumstances. 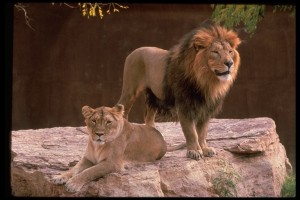 The “take” of species classified as endangered or threatened under the ESA is prohibited in territory controlled by the U.S., except under certain circumstances. For both endangered and threatened species, permits for the take of species can be issued by FWS for any of the following situations: scientific purposes, incidental taking or enhancement of propagation/survival (50 CFR § 17.21 and 17.31). For threatened species, there are other situations for which permits can be issued (e.g., zoological exhibition or educational purposes). Although foreign species are listed according to the same scientific criteria as domestic species, they are not afforded the same protections. Most of the provisions of the ESA are applicable only to the territory of the U.S. As a result, the protections afforded foreign listed species generally flow from import restrictions because interactions with species fall under the regulatory authority of the range country.

Enhancement of survival permits have traditionally been used narrowly: FWS has routinely denied enhancement of survival permit applications when the import would cause the killing of a wild member of the protected species. In practice, this narrow interpretation of enhancement of survival permits has resulted in the denial of applications for sport hunted trophies from countries with CITES-approved quotas for the species involved. This interpretation has also limited the incentives FWS can use to encourage the development of conservation programs in range countries. Lastly, this interpretation is particularly constraining for endangered species. For threatened species, Section 4(d) of the ESA allows for the creation of special rules that can be used to authorize permits for activities consistent with the specific conservation needs of a species. It is worth noting that the recent enhancement findings for elephants in Tanzania and Zimbabwe were issued under the authority of 50 CFR 17.40(e), a special rule that allows for the take of African elephants provided that the take of individual members enhances the wellbeing of the overall species.

Proposal: Expand use of Enhancement of Survival Permits

In 2003, FWS proposed a policy change to broaden the circumstances under which enhancement of survival permits could be issued. This proposal was developed by FWS in recognition of the limited tools available to the U.S. for the protection of foreign species. In the rule, FWS proposes conditions that must be met in order for enhancement of survival permit applications to be reviewed for sport hunted trophies:

If implemented, the FWS asserts that the ability to issue these permits would provide an incentive for range countries to develop conservation programs, which would in turn increase the number of import permits issued to individuals hunting in that range country. To support this assertion, FWS cites a federal court case in which FWS’s authority to lift a ban on kangaroo products from Australia was upheld. FWS found that creating incentives for Australia to design programs intended for kangaroo conservation was much easier when the U.S. provided a market for those products. According to FWS, lifting the ban ultimately enhanced the status of the kangaroo in Australia and achieved the conservation objectives of the ESA for the species.

FWS also notes that there is a need to address legitimate conservation issues affecting foreign ESA-listed species on a case-by-case basis without solely relying on reclassification from endangered to threatened status so that special rules may be developed. Ultimately, FWS argues that greater flexibility in the U.S. approach to specific species in specific conservation programs is needed in order to increase the efficacy of the ESA for foreign species.

However, the proposed policy was met with controversy. Sport hunting’s effectiveness as a conservation mechanism is under debate. By allowing FWS to issue enhancement of survival permits for sport hunting purposes, some worry that despite good intentions, overall impact to the species will be detrimental because it spurs an increase in smuggling. Others have cited concerns that the draft policy is not specific enough to clarify exactly when permits would be issued. Lastly, some argue that the proposed policy puts too much of the onus for operation and maintenance of conservation programs on the range countries.