Two months ago, President Barack Obama announced an ambitious plan to combat illegal fishing that will monitor the industry like never before. Ocean advocates hope that these presidential recommendations will be the first step towards a sustained effort to combat illegal, unreported, and unregulated (IUU) fishing by the United States. The set of recommendations calls for “boat-to-table” traceable fish, something which I initially thought ludicrous, but the Expert Panel on Legal and Traceable Wild Fish Products assures is possible. The Panel consists of experts from prestigious organizations, such as the World Wildlife Fund (WWF) and the Environmental Justice Foundation, as well as independent consultants from both the public and private sector. 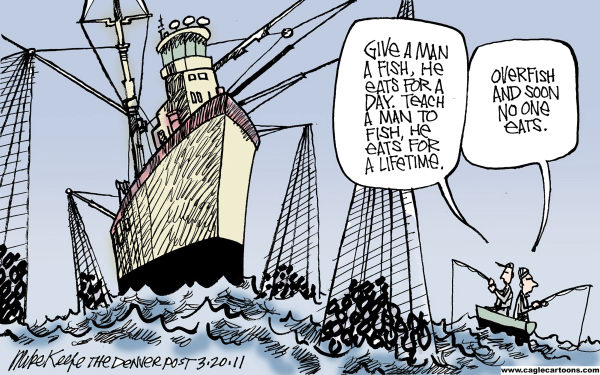 With a transition to fully electronic traceability systems for all commercial fish products and multiple points of verification throughout seafood supply chains, the Panel believes this goal can become a reality within the next five years.

Other recommendations from the Panel include: minimum information standards for wild caught fish products, authoritative data sources, a harmonized system of “landing authorizations” to provide assurances of the legal origin of fish products, support and capacity building for producers, a global architecture for interoperability of seafood traceability systems, and (where applicable) non-discriminatory border measures that set minimum standards for seafood traceability and proof of legal origin to combat trade in IUU products.

The National Oceanic and Atmospeheric Administration estimates that the global value of economic losses from IUU fishing range from $10 billion and $23.5 billion annually. The graphs below show: (1) the global estimates of illegal fishing by region and (2) the estimated illegal catch as a percentage of total catch by region. 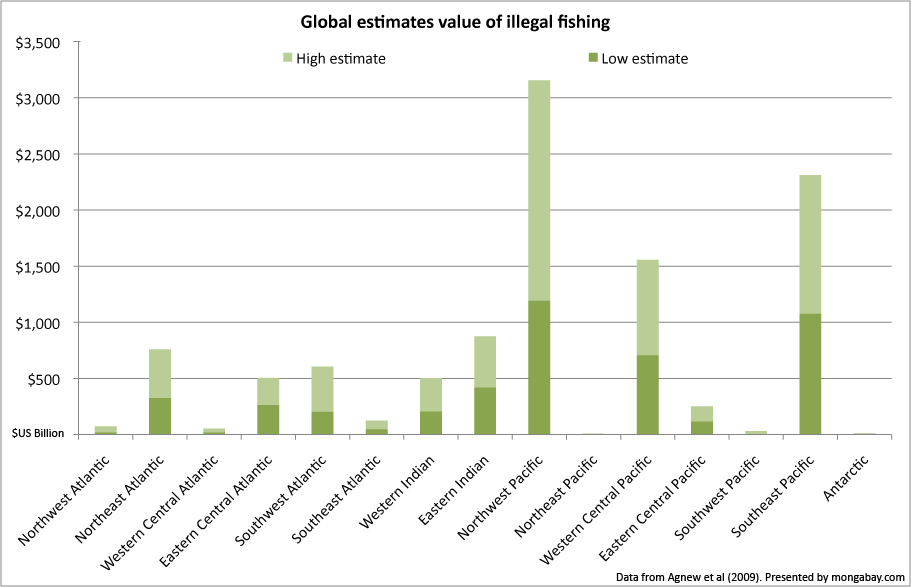 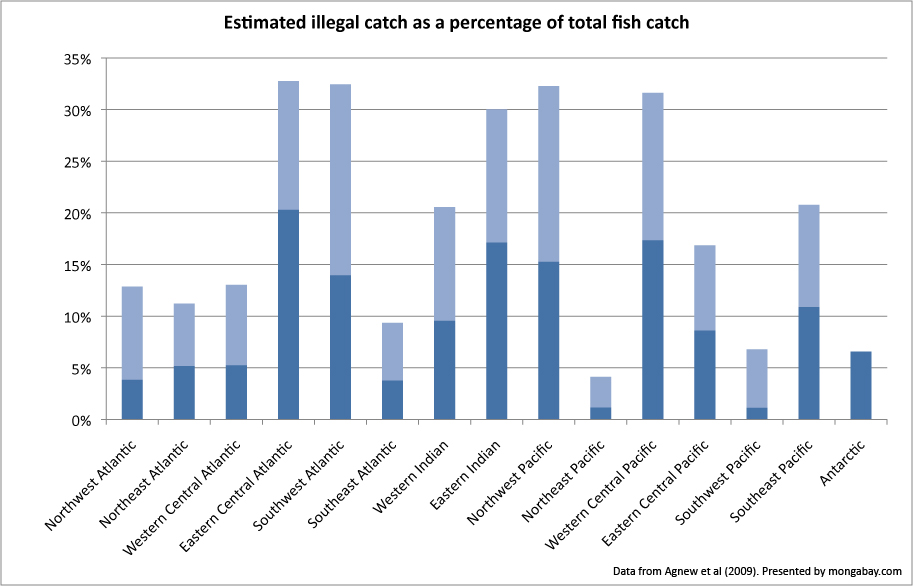 Released by a presidential task force, the document also includes international and enforcement recommendations. However several of these will need Congressional approval.

On the international front, the task force urges Congress to pass legislation to implement a 2009 global agreement that sets standards for port inspections, called the Agreement on Port State Measures to Prevent, Deter and Eliminate Illegal, Unreported and Unregulated Fishing (PMSA). For enforcement, it highlights the need for “additional enforcement tools” through congressional legislation that would broaden authorities for inspecting and seizing seafood, as well as beef up criminal charges. – Emily Yehle, Greenwire

Beth Lowell, senior campaign advisor at Oceana (an international organization focused solely on the world’s oceans), stood in full support of the President’s plan, stating, “The path laid out by President Obama’s task force has created a historic opportunity to ensure that the seafood sold in the U.S. is safe, legally caught and honestly labeled. The problems are real, but the solution is clear. Boat-to-plate traceability will forever change the way we think about our seafood.”

Yet this endorsement comes at no surprise, as Oceana has long pressured the adfministration to endorse and enforce traceability by publishing reports that show a large portion of seafood products in the United States are mislabeled. From 2010 to 2012 Oceana collected over 1,200 samples from 674 retail outlets in 21 states to determine if they were honestly labeled. This study remains that largest seafood fraud investigation in the world to date, and the results are shocking. Oceana found through DNA testing that approximately 33% of the samples analyzed were mislabeled according to U.S. Food and Drug Administration (FDA) guidelines. Apparently seafood fraud, which can include falsifying seafood weight and origin as well as type, is rampant in the United States.

For consumers and those concerned with safety, it seems as if these recommendations are a step in the right direction. However it remains to be seen how the fishing industry will respond to these new guidelines. Furthermore, price may be on the rise. Best estimates from Oceana indicate that 20 to 32% of wild-caught seafood that is imported to the U.S. comes from IUU fishing. How will the United States market react when the crackdown occurs?