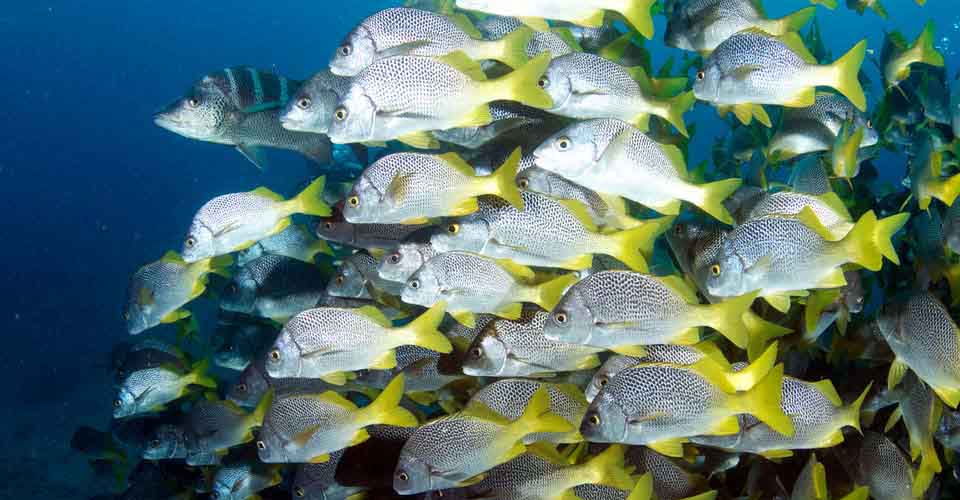 Have you already planned your summer trip? Do you want to enjoy wildlife watching? Do you know how your visit will impact the local economy? If your answers are yes, keep on reading. Here is some basic information on the ecotourism sector and its effects on the local economy of the countries you will be visiting.

International tourism has been rising in the previous decades, because every day more people like you and me are willing to fly and visit exotic places. The World Bank estimated that between 1995 and 2012 the amount of money international tourists spent in Latin America increased 2.5 times passing from $30 to more $73 billion; and in Sub-Saharan Africa revenues tripled, moving from $8 to almost $32 billion.

How much of that money went to the wildlife ecotourism sector? A 2008 paper estimated that 12 million trips each year in the world are for wildlife watching. But apart from that, there is not much information available on wildlife ecotourism and its impact, therefore, here we explore some tourism characteristics of countries famous for their wildlife.

Tanzania, the 7th most popular tourism destination in the world, receives annually more than $1.5 billion from international tourists and more than half a million people work in this sector. Tourism directly contributes to 3.4% of GDP, but counting indirect contribution (on sectors like transportation and food), tourism represents to 10% GDP.

In Ecuador, tourism is driven mainly by the Galapagos Islands, and in 2014 direct and indirect tourism contributed to more than 5% of GDP. In Kenya wildlife ecotourism generated $752 million in 2008. The graph bellow shows international tourism expenditures for some countries for the period 1995-2012, and it confirms that international tourism is becoming more and more important for developing countries with wildlife resources. 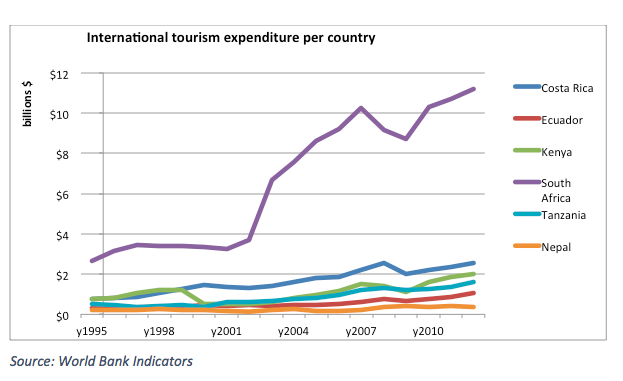 A more accurate way to compare tourism across countries is by examining the international tourism sector’s weight as a share of the national economy. The next graph explains the evolution of tourism expenditure as percentage of GDP and as percentage of total exports (goods and services) over the period 2009 to 2013. Tourism comprises more than 20% of exports in countries like Panama, Kenya, Costa Rica, Uganda, Iceland and Tanzania. This means that tourism is a key element for those countries’ access to the global economy. 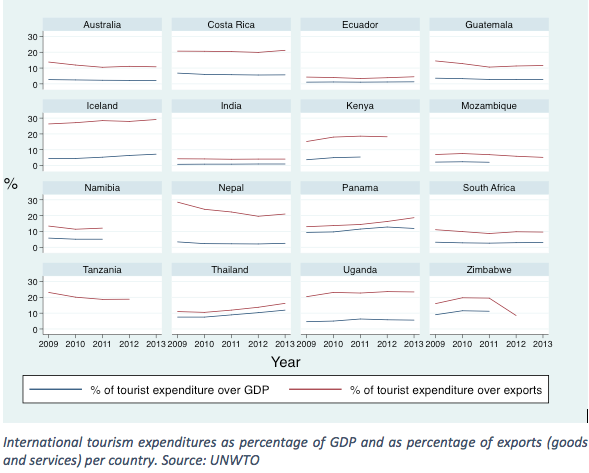 Finally, keep in mind that every one job in the tourism industry indirectly generates 1.5 additional jobs in the rest of the economy. Moreover, the workforce is mainly formed by women and young people; half of the tourism workforce is under 25 years old.

In conclusion, if you eventually decide to visit Tanzania, South Africa, Kenya, Ecuador or any other country to enjoy wildlife, then you will be contributing to boost the country’s economy and you will be generating jobs, particularly for young women. Your action is part of the sustainable development and wildlife conservation efforts of those countries. Are you ready to go?