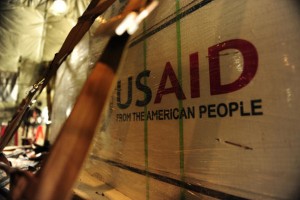 On April 11th, my peer Ana Ramirez and I journeyed to Beijing to interview individuals on strategies for reducing international demand for illegal wildlife products. We learned many things over our three days of interviews that challenged our previous understanding of effective demand reduction strategies. Interview information brought to light problems in the wildlife conservation regime we thought no longer existed and called into question strategies we had previously believed effective.  The following blog post is the first of three that are dedicated to discussing some of the more interesting, and consequential, findings of our research.

Some wildlife conservationists have proposed conditional aid as one policy the United States government can pursue to combat illegal wildlife trafficking.  The policy would make the distribution of certain U.S. funds contingent on a nation’s sufficient progress toward either reducing domestic demand for illegal wildlife products, or making progress in some other key area of combating wildlife trafficking. What constitutes sufficient progress will likely be determined by standards resembling those in the Trafficking in Persons (TIP) Report and Human Rights Report (HRR) issued annually by the U.S. Department of State.

The advantages of this policy are threefold. First, by making aid conditional on progress toward combating wildlife trafficking, the United States would demonstrate its commitment to addressing the problem. The United States signaled its interest in tackling wildlife trafficking when it issued The National Strategy for Combatting Wildlife Trafficking in 2014. Conditional aid would be one way to implement this strategy.

Second, conditional aid would give the United States Government legislation with which to punish non-compliant nations.  A common critique of government pronouncements of dedication toward a particular issue is that these announcements are rarely followed with substantial action. Passing and implementing legislation regarding conditional aid would address these critiques.

Third, the possibility of having the United States cut off aid to a nation may be a sufficient motivator for countries to change their wildlife conservation policies. Some governments may prioritize this issue to save face and receive the label of a “model nation”.

The disadvantages of this option, however, are many.

First, conditioning aid may have the opposite effect as intended. Countries receiving aid may be the ones that need aid most for public awareness campaigns and enforcement measures. Cutting off aid could also negatively affect other USG development efforts in a nation that is making significant progress on another issue area—such as human rights or access to public health.

Second, implementing this policy toward large or influential countries, such as China, may be near impossible given other U.S. interests. For example, while the TIP Report and HRR provide avenues through which to cut off aid to non-compliant countries, these tools are not always utilized. The limit for a nation to be on the Tier 2 Watch list is two years, after which the President can waive the downgrade for an additional two years if they deem it to be in the political, economic, or diplomatic interest of the United States. Before this rule was put into place, China and Russia were both placed on the Tier 2 Watch list for Trafficking in Persons for 8 years before being downgraded to Tier 3 in 2013 (a status which means certain aid is no longer available to that country). If a stipulation granting a presidential waiver is placed in similar legislation for Wildlife Trafficking, there is no guarantee it will be consistently implemented.

Third, this policy may alienate the target country and sour diplomatic relations– negatively affecting other aspects of U.S. bilateral relations with the target country. In particular, experts interviewed in China insisted that ‘finger pointing’ and shaming was counter-effective in changing China’s policy toward wildlife trafficking and demand.

Fourth, this would increase the work-load on Executive Branch agencies, such as the Department of State, to prepare the report and perhaps come at a cost to other urgent matters. Already, U.S. diplomats are stretched thin at smaller posts, often taking the workload of several officers. Adding another report would require additional personnel at these posts if it is to be done well.

The people we spoke to in China were heavily against this option. 5 out of 6 outright discouraged it and only one was ambivalent. All of the interviewees, however, suggested that the U.S. pursue another option: leading by example.

Leading By Example: An alternative, but difficult, policy option

To lead by example, the United States would have to work on its own problems in the illegal wildlife trafficking arena. The trafficking of illegal ivory, in particular, remains a problem.

There are indications that leading by example may encourage other nations to follow suit. In November 2013, for example, the United States crushed 6 tons of ivory. In January 2014, China followed suit crushing 6.1 tons.  Several of our interviewees cited this as a successful example of leadership in this area.

The United States could also lead the way in prosecuting suppliers or consumers of illegal wildlife products. This would send a message to international suppliers or consumers that continuing to traffic illegal wildlife products may lead to prosecution.  On March 31, for example, a professor at Minnesota St. Cloud University was arrested for selling elephant ivory and rhino horn to two individuals in China from 2006 and 2011. Carrying through with sentencing this individual would signal that the United States takes wildlife trafficking seriously and may pressure governments to do the same to consumers of these products in their own nations.

This is not to say that the United States cannot urge other nations, such as China, to take a more active policy toward cracking down on illegal wildlife trade. The U.S. soft power created through leading by example will pressure nations like China to do better. This, in turn, will make it easier for NGOs within China and other nations to pressure their governments. Most government wants to look good. If the United States sets an example, it is likely other nations will follow. It will be a delicate balance. One thing is for sure, however–pointing fingers is not working with China. The United States will have to be more thoughtful in its attempts to motivate nations to crack down on illegal wildlife trafficking.