Wildlife products are used as a status symbol around the world. Known as conspicuous consumption, the rising cost of certain wildlife products allows users to display wealth and elite status by consuming these products. Such consumption is considered to be one of if not the primary driver behind the recent rise in the poaching of elephants and rhinos. Understanding the motivations behind conspicuous consumption is critical to affecting the demand for endangered species. 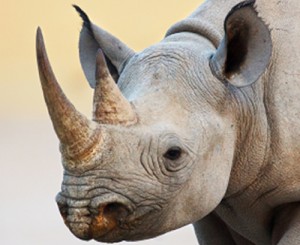 With prices reaching $60,000 per kilogram, rhino horn is a status symbol in Asia and especially in Vietnam. Conspicuous consumption of rhino horn, often pulverized into a powder and combined with alcohol, is used to flaunt wealth to friends, family, and business associates. Although scientific research has proven otherwise, rhino horn is rumored to have powerful detoxifying properties and is therefore useful as a hangover cure after excessive consumption of food and alcohol. This is likely the most common usage of rhino horn in Vietnam today. 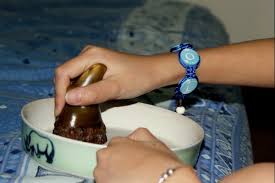 Another example is the use of traditional daggers in Yemen. Known as janbiyas, these daggers are worn in Yemen as a symbol of manhood, wealth, and social status. The janbiya is a curved, double-edged blade that is sheathed and tucked into a belt. The value of a janbiya is often determined by the material of the handle, the most expensive and prestigious of which is rhino horn. Other materials include water buffalo horn, ivory, bone, plastic, wood, and gold. Water buffalo horn is used for 80-90% of all janbiya hilts, with rhino horn used by only the wealthiest individuals in Yemen. The supply of rhino horn in Yemen has been greatly reduced in recent years due to civil war and the willingness to pay higher prices in Asia, thereby decreasing Yemen’s importance in the rhino horn trade.

Conspicuous consumption is explained by several economic effects such as the Veblen effect or good. This is named after the American economist Thorstein Veblen, who first introduced the concept of conspicuous consumption in his work the Theory of the Leisure Class in 1899. The Veblen effect states that certain consumers will increase their demand for a good due to its high price, which allows them to signal their wealth and social status. In the case of wildlife, consumers in Vietnam demand rhino horn in order to consume it publicly and demonstrate their wealth and social status.

A combination of these effects help to explain conspicuous consumption in regards to wildlife consumption. The high price and exclusivity of rhino horn and ivory allowed these products to be viewed as extremely luxurious goods that sent a clear signal as to your social status. As these products became more available and more widely spread, the demand increased as more individuals sought to flaunt their wealth.

It is interesting to note that both China and Vietnam both place high import taxes on luxury goods that can increase prices over 50%. The use of high import taxes and limitations on the variety of luxury goods may be contributing to demand for rhino horn and ivory as consumers look to flaunt their wealth in new and exotic ways. Conspicuous consumption of wildlife may not be the only reason behind the recent poaching crisis, but examining consumption patterns and how government policies may shape consumption are key to reducing demand.