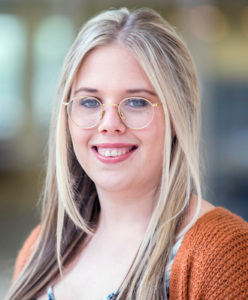 Born and raised in Midland, Texas, Ashley made her way from West Texas to Austin in 2020. She has a Bachelors in History from Texas A&M University and a Master of Library Science with a concentration in Archival Studies from the University of North Texas. Ashley has spent five years working in higher education administration and two years within Fine Arts. Having spent all of secondary school playing the violin as a part of an orchestra, she is grateful to be back in a position to support fine arts and more specifically, music. 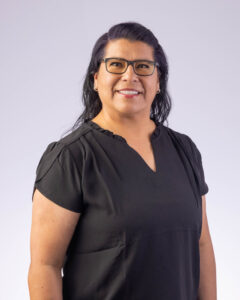 A color guard instructor since 1989, Delia Tovar Botbol is in her 21st year with the Longhorn Band Color Guard. Originally from Phoenix, Arizona, Mrs. Botbol graduated from The University of Texas at Austin with a Bachelor of Arts in Spanish in 1995. She was a member of the Color Guard (Silk section) in the Longhorn Band when she was an undergrad. Also marched DCI (Drum Corps International) with Sky Ryders in 1991. She has been a color guard instructor for several local high schools, Lone Star Drum and Bugle Corps (1996-1997), Revolution Drum and Bugle Corps (2001-2003) and was a Visual Coordinator for a local non-profit indoor drumline, Rhythmic Force (2010-2014). She spent 20 years in the field of special education (ED unit) and is currently an administrative associate for the University Bands.