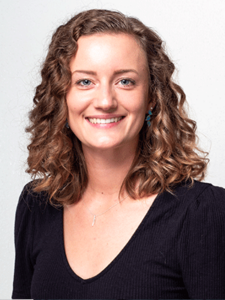 She maintains an active performance career on trombone and euphonium, that has brought her across the globe and has given her the opportunity to perform with ensembles such as the Boston Symphony Orchestra, Brookline Symphony Orchestra, and San Francisco Wind Symphony. Most recently, she placed Third in the Susan Slaughter Solo Competition at the 2019 International Women’s Brass Conference in Arizona.

Alongside her performing career, Lauren is passionate about dedicating her time to teaching. She is a low brass specialist in the Austin and San Francisco Bay Area, where she maintains a studio of over twenty middle school through college aged students. Her students have consistently won positions in the CBDA All-State Ensembles, Santa Clara County Honor Band, and summer festivals such as the BU Tanglewood Institute. During the summer, she works with the seven-time World Champion Santa Clara Vanguard Drum & Bugle Corps, also serves as a marching instructor to the 2019 BOA Grand National Champion Vandegrift Viper Marching Band. 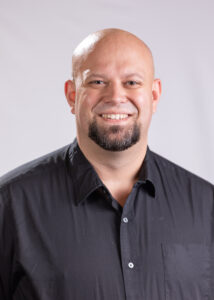 Christopher Drew Dickey currently serves as Graduate Teaching Assistant at The University of Texas at Austin, where he is pursuing a Doctor of Musical Arts Degree in Wind Conducting. At UT, he assists with all facets of the university band program, including athletic bands, concert ensembles, and undergraduate teaching. In addition to this appointment, Mr. Dickey serves as the Brass Caption Coordinator with The Cavaliers Drum and Bugle Corps from Rosemont, Illinois.

Prior to his current appointment, Mr. Dickey held positions at The South Carolina School of the Arts at Anderson University, the Anderson School District 5 District Office, and Southwood Academy of the Arts. He also served as a Graduate Conducting Associate with the Louisiana State University Department of Bands and has spent many years as an educator and administrator in the South Carolina public schools.

While at Columbus State University, Eary’s primary responsibilities were to guest conduct the Schwob Wind Ensemble and Schwob Wind Orchestra. He was the director of the CSU Cougar Pep Band and assisted the annual CSU Conductors’ Workshop. At the University of Arizona, Eary served as the Drum Major of the Pride of Arizona Marching Band as well as the principal clarinetist of the UA Wind Ensemble under Professor Gregg Hanson.

Most recently, Eary was named a Finalist for the 2021 American Prize in Conducting. He has also presented at the annual Arizona Music Educators’ Association In-Service Conference and was named an “Educator to Watch”’ by the Arizona Republic Newspaper in September of 2018. Eary is a former board member with the Arizona Marching Band Association and is an active educator and clinician with the George N. Parks Drum Major Academy. He is an alumnus of Kappa Kappa Psi and Phi Mu Alpha Sinfonia. 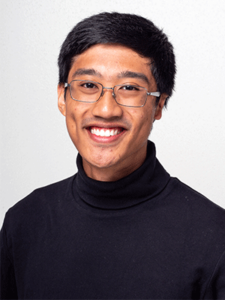 An emerging voice in the realm of contemporary-classical music, percussionist Francis Favis is drawn to unique and unconventional sound worlds. With an affinity for new music, he has premiered both solo and chamber works, taking him across the United States and Canada. These engagements have occurred at venues and festivals such as the College Music Society International Conference in Vancouver, B.C, Red Note New Music Festival, Nief-Norf Summer Festival, So Percussion Summer Institute, the Canadian Music Centre, and the Toronto Creative Music Lab. He has had the opportunity to perform for and learn from artists such as Hypercube, So Percussion, Jumblies Theatre, and The Percussion Collective.

Equally at home with a large ensemble, Francis has performed with groups like the Heartland Festival Orchestra, University of Texas Wind Ensemble, the American Festival Pops Orchestra and the Honor Band of America. He has also been featured on percussion concerti by John Mackey and Michael Daugherty. Francis can be heard on Naxos Records with the Illinois State University Wind Symphony.

An active educator, Francis has taught both privately and at multiple schools, all who have won awards under his instruction. Presently, he is the Drumline Instructor for the iconic Longhorn Band of the University of Texas at Austin.

In addition to his active performing career, Shawn is an Austin, TX based Private Lessons Instructor and Reed Maker for the Austin, Hutto Leander, Pflugerville, and Round Rock Independent School Districts. He also teaches students from all over the United States and around the world with students in the Middle East and Southeast Asia.

A native of Fort Myers, FL, Shawn is currently pursuing a Master of Music in Bassoon Performance at The University of Texas at Austin. He holds a Bachelor of Music in Bassoon Performance from the Florida State University College of Music where he has performed alongside his professors and mentors in the Faculty Chamber Recital. His primary teachers include Kristin Wolfe Jensen (UT Austin) and Jeff Keesecker (FSU).

Mike Lebrias (he/him) is currently pursuing a Doctor of Musical Arts degree in Wind Conducting at the University of Texas at Austin where he studies Wind Conducting with Professor Jerry Junkin and serves as a Graduate Teaching Assistant for the UT Bands. He received both his Bachelor of Science in Music Education (‘15) and Master of Music in Instrumental Conducting (‘21) from the University of South Florida in Tampa, FL under the mentorship of Dr. Matthew McCutchen, Dr. Marc Sosnowchik, and Dr. William Wiedrich.

Prior to graduate study, Mike served as the Director of Bands and Orchestra at Hillsborough High School in Tampa, FL from 2015-2019. Throughout his time in Tampa, Mike served as a staff member, leadership instructor, and low-brass clinician for various bay area summer music camps, local high schools and middle schools, and USF’s Festival of Winds. During his time at USF, he assisted with all aspects of the bands department – instructing and serving as a TA for undergraduate conducting and music education courses, designing drill & writing arrangements for the Herd of Thunder Athletic Bands, as well as assisting with rehearsing and conducting the Symphonic Band and Wind Ensemble. In his time as an undergraduate student, he also served as a Drum Major for the Herd of Thunder Marching Band from 2012-2014. Mike has made guest conducting appearances with the Tampa Bay Brass Band, The Florida Wind Band, and the Bay Area Youth Winds.

Weston Lewis is currently pursuing a Doctor in Musical Arts degree in Wind Conducting at the University of Texas at Austin, where he serves as a graduate teaching assistant for the band department. He joined the UT Department of Bands in the Fall of 2021 and assists with all ensembles and undergraduate conducting courses. Weston holds an undergraduate degree in Music Education from the University of Houston (2014) and Master of Music in Conducting from Louisiana State University (2021).

During his time at the University of Houston, Weston served as a member of the Wind Ensemble, a section leader for the Spirit of Houston Marching Band, a member of the choral program, and a Moores School of Music Ambassador. After graduation, Weston taught high school band in Klein ISD from 2014-2019. In his role, he worked with all concert bands, the jazz band, beginner flute classes, and oversaw the IB Music program. At Louisiana State University, Weston assisted with all ensembles including the Golden Band from Tiger Land, Bengal Brass, and the LSU Concert Ensemble. He was also a Co-Chair of the LSU School of Music Student Diversity and Inclusion Organization and is currently a chairperson for the Graduate Wind Conductors Association. His professional affiliations include the Texas Music Educators Association, Phi Mu Alpha Sinfonia, and Kappa Kappa Psi National Honorary Band Fraternity. 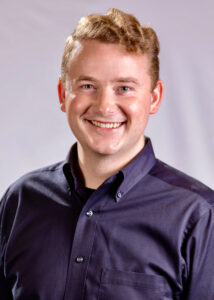 Trey Lockett is currently pursuing a Master of Music degree in Music and Human Learning at the University of Texas at Austin, under the tutelage of Dr. Bob Duke, and serves as a graduate teaching assistant for the band program. As a graduate teaching assistant, Mr. Lockett works with the Longhorn Band, Longhorn Pep Band, Longhorn Concert Bands, and manages the Texas Bands social media channels. He also serves on the instructional staff of the Vista Ridge and LASA high school marching bands.

Prior to his current appointment, Mr. Lockett received a Bachelor of Arts in Music at Clemson University in South Carolina. During his time at Clemson, he was a member of the Symphonic Band and the Tiger Band for five years. As a member of Tiger Band, he served as a drum major for three seasons and was the 2018 Tiger Band Commander (president). For his capstone project, Mr. Lockett completed a wind ensemble transcription of Ola Gjeilo’s The Lake Isle, and conducted the premiere with the Symphonic Band in April of 2019. He sang in multiple choirs and served as music director of Clemson’s all-male a cappella group, TIGEROAR, for two years. Mr. Lockett also received the honor of membership in the Blue Key Honor Society, Clemson’s oldest and most respected honor fraternity.

Mr. Lockett’s professional affiliations include the Texas Bandmasters Association, the Texas Music Educators Association, and the College Band Directors National Association. He is an active member of Hill Country Bible Church in Austin, where he serves on the worship team.

Multi-faceted artist and percussionist Reese Maultsby has enjoyed an exciting start to his career. As an educator, he has maintained a private studio for over 7 years and has led multiple groups to success. His most recent position as the Percussion Caption Head and Arranger at A.C. Davis High School resulted in a first-place high percussion award at the Washington State University Marching Band Championships in 2018. The following year, the A.C. Davis Percussion Ensemble won first-place at the 2019 Washington State Solo and Ensemble Competition. Familiar with college level as well, Reese served as the adjunct percussion professor at Washington and Lee University from 2020 to 2021.

Performing in many states and countries across the world, Reese has also found success in multiple ensembles including a third-place finish in the Chamber Music Competition at the 2019 Percussive Arts Society International Convention. Composing for multiple platforms, he is often commissioned for competitive marching percussion music and continues to write for the contemporary percussion idiom. Starting in the fall of 2021, Reese will be the marching percussion arranger for both The University of Texas’ Longhorn Band and James Madison University’s Marching Royal Dukes. Having marched DCI and WGI for multiple years, the marching arts have been a deep passion of his that he enjoys to continue throughout his career.

Currently, Reese holds two bachelor’s degrees from Central Washington University in percussion performance and music education, as well as a masters from James Madison University in percussion performance where he was fortunate enough to study with Casey Cangelosi. He is currently seeking a doctor of musical arts degree from The University of Texas at Austin. Reese loves to find new musical opportunities as he continues to freelance and teach across the country while simultaneously performing and composing current music. Outside of music, he loves to drink coffee, hike, and eat great food with his friends and family.