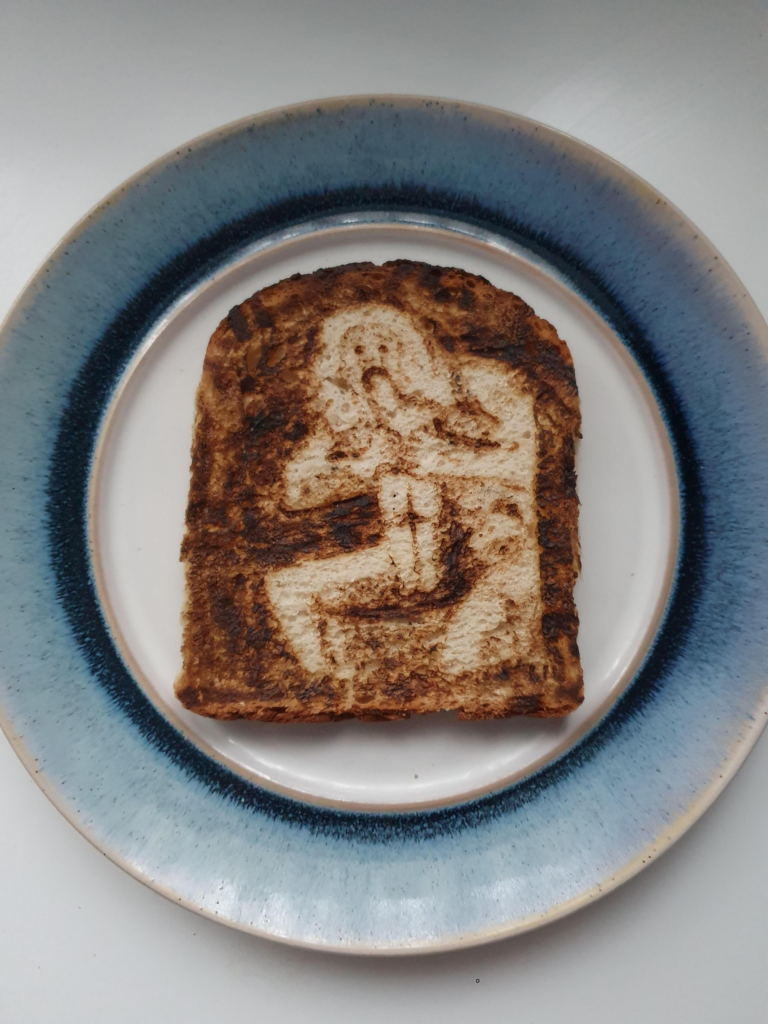 One of my former students sent this image of Francisco De Goya’s Saturn Devouring His Son on a piece of toast, which made me laugh. I suppose that it’s about time that Saturn (Cronus) appeared on somebody’s toast, but I don’t think it happened miraculously. Apparently, the image was posted on Tumblr. Funny stuff.