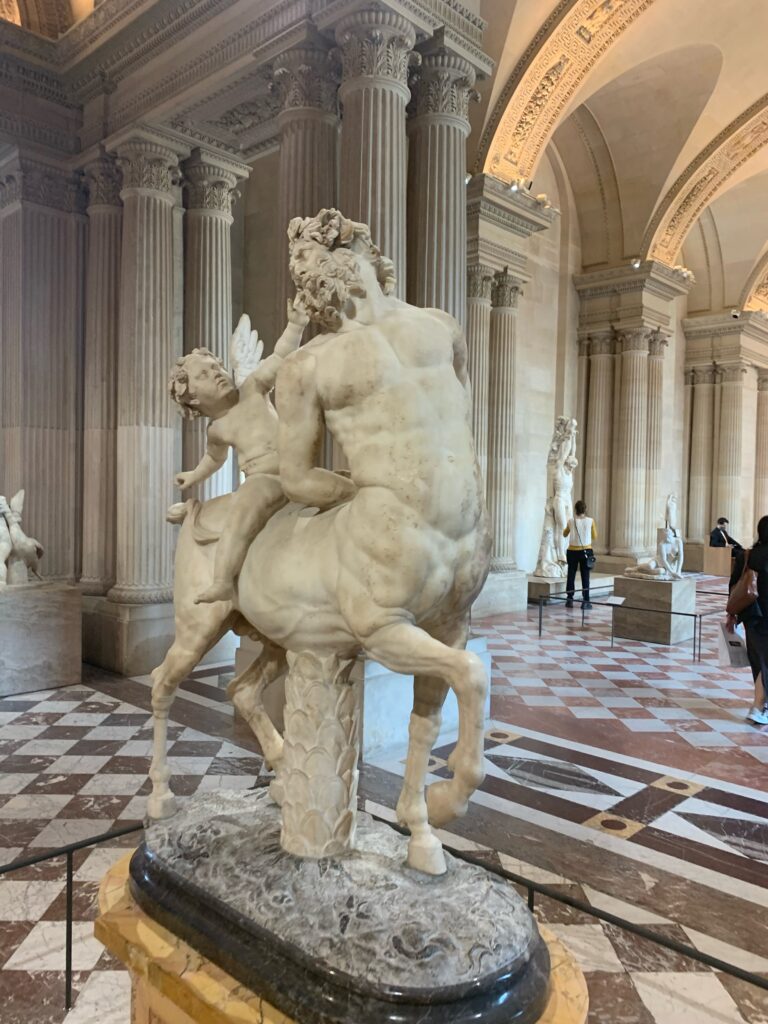 One of my former students sent me some pictures of the mythological artwork that she encountered on her visit to the Musée du Louvre in Paris. This marble statue of Eros (Roman Cupid) and a Centaur is one of pieces of Greco-Roman artwork that caught her attention. This famous  statue is believed to be a 2nd-century-AD, Roman copy of Greek statue by a sculptor of Aphrodisias. It is a good example of a piece of Greco-Roman artwork for which there is no myth in Greek and Latin literature that we can used to interpret this statue. Therefore, it is unclear as to why the centaur’s hands appear to be tied behind his back, and more interestingly, why is Eros teasing this centaur in the first place.