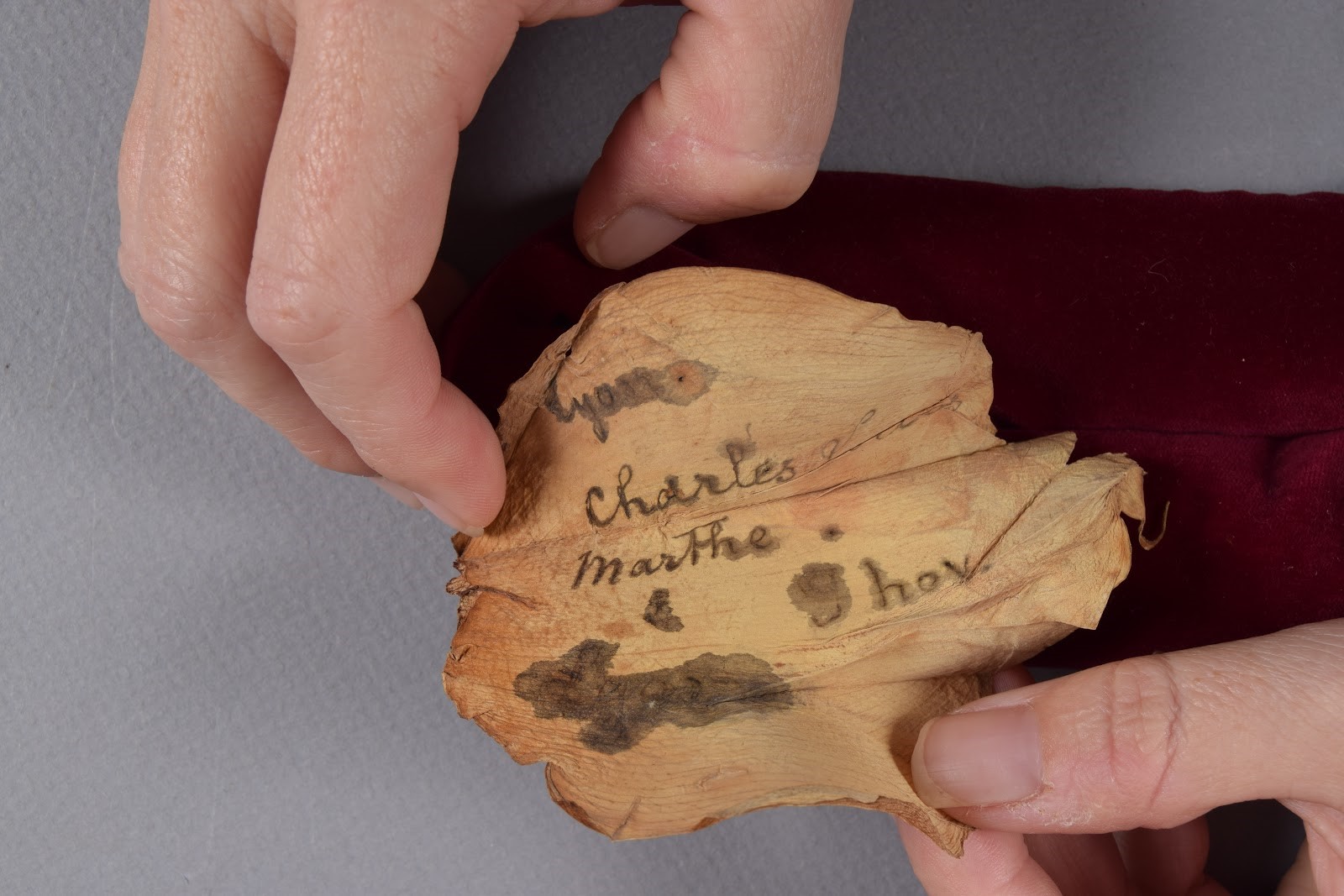 Born into Romanian nobility in 1886, Marthe Lahovary came of age in the grand tradition of true European monarchy. She was surrounded by the haut monde of her time—palaces, kings and queens, and complex social hierarchies that were of utmost importance in her world. While the people of Romania still lived the pastoral existences of a fading era, Princess Bibesco flew with her pilot husband on exotic expeditions, nursed wounded soldiers in the Balkan wars, and maintained alliances in every major European city.

Bibesco also defied expectations and became a very popular author in her day. She wrote historical fiction centered on the social machinations of European noblesse, and travelogs based on her excursions to the Middle East and Africa.

Some of the more enchanting pieces in her Princess Bibesco’s papers at the Harry Ransom Center are love letters written from one of her famous paramours—France’s Prince Charles Louis de Beauvau-Craon, who adored Bibesco despite her obvious inaccessibility.

Along with his letters, de Beauvau-Craon wrote notes on flower petals and sent them as little gifts for his beloved. Alongside manuscript letters from 1911, the Bibesco archive contains these flower petals, which were inscribed in ink by de Beauvau-Craon and then pressed and sent with his letters to the Princess. A 104-year-old pressed flower can barely be handled safely, much less opened, and the inscription was assumed to be lost.

My goal was to uncover the concealed ink on these pressed flowers so that the lost inscriptions would be available to researchers and patrons of the Ransom Center.

Paper conservator Jane Boyd and I determined that humidification provided the best approach to open the pressed flowers. Usually, humidification is used in paper conservation to remove creases or open folds, and to make paper revert to its original, flat state. Our goal here was to take the botanical specimens and humidify them in order to revert them to their original three-dimensional state.

Instead of testing this risky treatment on the original artifacts from the Bibesco archive, I tested other pressed botanical specimens and found that after humidification they would revert back somewhat to their original shape, and at the least could be opened from a flattened state. The pressed flowers became pliant and soft when humidified, and I was able to gently coax them open using a slightly damp brush.

After testing pressed flowers that we inscribed with a variety of inks, I was certain that humidifying the archival objects would be successful. After a few minutes in a humidification chamber, the folds of the pressed flower became pliable. I then exposed the creases of the petal to minimal local humidification using a brush, and gently encouraged the flower to open. Upon opening the flower, the inscription revealed the princess’s name, along with the name of her well-known paramour Charles Louis, and the year 1911.

The inscription that was revealed in its entirety reads:

After this first success, we decided to open the second, larger flower, inside which was an even more obscured inscription. In fact, in preparation for this treatment we tried to discern if there was actually an inscription at all, as the flower was pressed completely closed and seemed brittle and unable to open. We looked at it on a light table and could see absolutely nothing that looked like writing or ink.

We decided to start with a minor humidification, to open the flower slightly and see if any inscription could be found. As it began to humidify and open on its own, I was able to gently open the crease and saw that there was indeed writing on the interior.

We continued humidification, carefully turning the object over consistently so that it could receive an equal amount of moisture throughout the creases. I was then able to work out the remaining folds using a slightly damp brush, and coax the flower open to a degree that the inscription could be easily read and photographed.

It appears that the inscription reads:

Now that it’s had its treatment, the flower has been opened and is no longer a flat, pressed botanical specimen, but a larger object. Hence the final aspect of this treatment entailed consulting with colleagues about the design and creation of an appropriate housing and storage space.

I hope the treatment of these flowers has added an exciting new dimension to an already rich collection, and that researchers of Princess Marthe Bibesco will have a new facet to study.

Genevieve Pierce Kyle is a digital archivist at the Briscoe Center for American History at The University of Texas at Austin and a paper conservator in private practice at The Microspatula. She volunteers with the Harry Ransom Center’s preservation and conservation division.