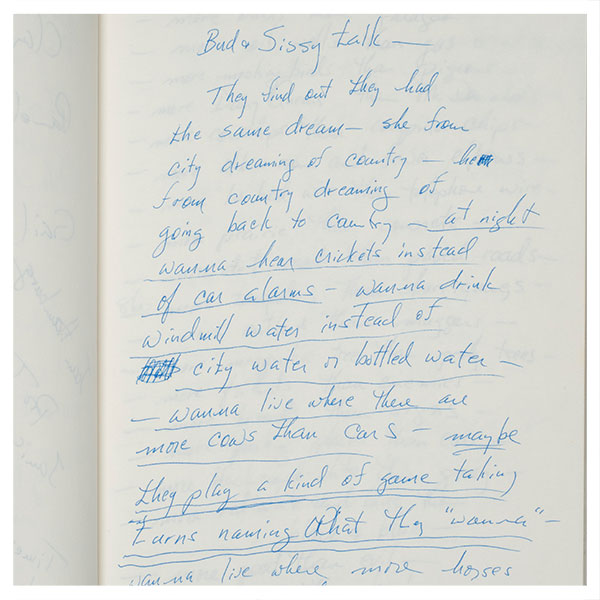 Author, journalist and screenwriter Aaron Latham has donated his papers to the Harry Ransom Center.

Latham’s 1978 Esquire article “The Ballad of the Urban Cowboy: America’s Search for True Grit” was adapted into the 1980 movie Urban Cowboy, and his 1983 Rolling Stone cover article “Looking for Mr. Goodbody” served as inspiration for the film Perfect (1985). Latham co-wrote the screenplays for both films.

“Thank you Ransom Center for providing an ark for the preservation of literature,” said Latham. “I am proud to be one of those lucky enough to be plucked from the storm. Noah saved the world two by two, but at the Ransom Center most everything is one of a kind.”

“Aaron Latham is a real journalist in the highest and most heightened way,” said writer Marie Brenner. “He’s a social and literary observer who’s captured American culture from his biography of Scott Fitzgerald to his writing of the magazine profile that became ‘Urban Cowboy,’ whose script he co-wrote; from tales of America’s Wild West to profiles of titans of American media. He is the real thing.”

Among Latham’s papers are extensive materials relating to “Urban Cowboy,” including drafts, notes and research materials for his Esquire article, the film and the Broadway musical. Included is Latham’s extensive and detailed journal documenting the movie from the writing of the screenplay to actors’ screen tests to filming. The journal fills five notebooks and hundreds of pages, providing a nearly daily account of the creation of the film from Nov. 27, 1978, to Nov. 25, 1979.

“In his journalism and his creative work Aaron Latham has proved himself a perceptive observer of our social and cultural moment,” said Ransom Center Director Steve Enniss. “We’re grateful to him for placing his papers at the Ransom Center.”

Within the archive are materials relating to several unpublished works, including drafts and research materials for a biography of Jack Kerouac and a novel and film about Cynthia Ann Parker.

“Aaron was a pioneer of new journalism,” Brenner said. “He wrote in vivid scenes and created the realistic worlds of his characters. Three of his articles were turned into movies. ‘Urban Cowboy’ indelibly defined a Texas world so singular it was adapted for Broadway. Latham later turned to fiction but as well continued to write and direct plays.”

Latham began his reporting career at The Washington Post and reported on the Watergate scandal for New York magazine. Within his papers are notes and files from this period.

Once cataloged, the materials will be accessible.

Aaron Latham on his archive and “Looking for love”