The Second Conference on Aging in the Americas (SCAIA) was held September 21-22, 2005, at the University of Texas at Austin’s Lyndon B. Johnson School of Public Affairs. The conference brought together scholars in the fields of Hispanic health, health care policy, and aging research with the goal of sharing and fostering research that improves our national understanding of aging in the Americas and informs the development of science, policy, and aging services.

2005 Program/Schedule
The conference program is available for download here. 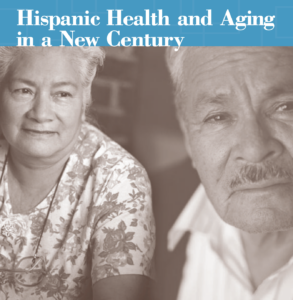 The summary report of the 2005 Conference is available online, here. 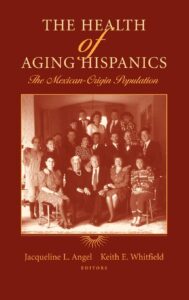 A 2005 ICAA- 2007 edited collection, “The Health of Aging Hispanics: The Mexican-origin Population”, is available for purchase here.

Dr. Kenneth I. Shine, MD: 2005 CAA Welcome Speech
“Good morning—welcome. I want to congratulate Jacqueline and Keith in organizing this meeting to address an extremely important set of issues. Just a word about the role of the health campuses in the state of Texas: many people appreciate the importance of the flagship here at Austin and the various academic campuses. But, both within the state and around the country, people don’t the fact that we have six outstanding Health Science, some of which—such as MD Anderson is a top-ranked cancer center, and yet many people don’t realize that it is part of the University of Texas. The health campuses in the University of Texas are major research engines for the state. In 2004, they had over $1,040,000 dollars of sponsored research. We educate three-quarters of the health professionals for the state and we provided last year $1.3 billion dollars in uncompensated care to patients in the state. So this is a fairly large enterprise. It obviously has importance in its application to many of the concerns of this meeting. Health professional recruitment and education is an important challenge for us and we are very proud of the fact that UT Medical Branch last year graduated more Hispanic physicians than other medical school in the United States, that our campuses at Southwestern and at Houston have significantly increased their enrollment of Hispanics, not only in the medical school but also in a number of other health professions. We have some three dozen pipeline programs, including a substantial number of them in south Texas. One of them in nursing is remarkable in that we were able to identify and attract 100 young people from small communities in south Texas who attend the nursing school at San Antonio. I’m very proud of the fact that almost all of our campuses have serious programs in health disparities. You’ll hear from folks at San Antonio and from UT Medical Branch— assuming that they get here—in the course of these meetings, and I’m pleased that, for example, we now have endowed professorships committed to issues related to health disparities. We have undertaken a number of programs that are going to be very relevant to your conversations, for example we have put together a border-plex health council which is made up of these schools at Brownsville, Pan-Am, San Antonio, and Houston, devoted to issues related to health in south Texas. And, in the first year of that activity there is a major focus on two issues: one, expanding nursing education and nursing opportunities in the border-plex council area, and the second is in mobilizing conjoint programs and dealing with diabetes. But these programs represent an important concern with regard to both health disparities and issues along the border.

Let me conclude my comments at this point by emphasizing the notion that we are looking in Texas at what I would call a perfect storm. You’re all familiar I think with both the book and the movie, in which it was identified that all the factors that came together to produce the loss of a crew and a fishing boat in a storm in the Atlantic. A similar kind of storm is developing in Texas. Texas, as you know, has the highest rate of uninsured individuals in the fifty states. Twenty-five percent of our population has no health insurance. Thirty-eight percent of our Hispanic population has no health insurance. That is also the most rapidly growing part of our population, so the first element in the storm is a rising tide of lack of health insurance. The second part of the storm has to do with the health status of that population. Although immigrant populations, and particularly Hispanic populations historically in their first—in the population that moves into this country are generally as healthy or healthier than the rest of the population—the evidence is that over time health status in subsequent generations deteriorates. We are already beginning to see that in the Hispanic population in Texas. With the increasing amount of diabetes, obesity, hypertension among Hispanics, health needs are rising. One of the most important elements in health as you know is socioeconomic status. With the exception perhaps of Corela in Costa Rica, around the world health status is both very closely related to both education and socioeconomic status. In Texas we have one of the lowest rates of high school graduations and lowest rates of college graduations among Hispanics in the United States. So, we are positioning ourselves to have an increasing population of poorly educated individuals who don’t have health insurance, who have rising health care needs, based on the public health issues that we’re confronting.

The University of Texas, in collaboration with all of the other academic health institutions in the state has created a Task Force on Access to Health Care in Texas. I’m pleased that one of your speakers, Professor Ron Angel is a member of that task force. I’m also sorry to report to you that the task force was to meet Monday and Tuesday in Dallas in order to come to some recommendations. Unfortunately, because people can’t get there as much as we’re confronting that problem, today we’re going to have to cancel that meeting, but we anticipate that early next year during the interim a series of recommendations about access to health care in Texas. I call this to your attention because as you work in your deliberations I want you to know that The University of Texas, in collaboration with the other four health campuses in the state are preparing themselves to try to get hearings to have increasing exposure in the interim before the ’07 legislative session to confront a number of these issues that, as I’ve suggested, are extraordinarily threatening to the future of both health and economic development in the state of Texas. The events of the last two days dramatize the complexity of the problem. We’ve been worrying in the last 48 hours about everything from the flood doors at MD Anderson to the protection that Houston will have against rising water. Over 600 patients have been evacuated from our medical hospitals at Galveston and we’ve now set up interim headquarters for our administrations here in Austin and elsewhere. So, this is a large, complex system. It involves one-seventh of the gross domestic product in the United States. One of the misconceptions is that because the average age of the Hispanic population in Texas is relatively low compared to the Anglo population, that the problem of aging is a relatively less important problem than it might be in the Anglo population. The reality is that because of the sheer size of the Hispanic population, the absolute number of people over age 65 is in fact increasing significantly. So that as you go through your deliberations, I hope that you will come forward with the kind of ideas that all of us need if we are going to deal and effectively prevent a perfect storm from developing for the Hispanic population in this state. Thank you very much.”