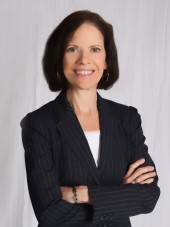 Jacqueline L. Angel, Ph.D.(Rutgers) is Principal Investigator of the NIA/R13 Conference Series on Aging in the Americas: Mexico and the United States (CAA) and Wilbur J. Cohen Professor of Health and Social Policy and Professor of Sociology and Public Affairs at the University of Texas at Austin.

Her research examines health and retirement issues, with a focus on older minorities, family, immigration processes, and bi-national policy of the Mexican-origin population in the U.S. and Mexico.  Angel is author/co-author/editor of 90 journal articles, 30 book chapters and 14 books, including the recent publications Latinos in an Aging World, Challenges of Latino Aging in the Americas and Handbook of the Sociology of Aging. She is currently a Fellow of the Behavioral and Social Sciences section of The Gerontological Society of America (GSA), Senior Fellow at the Sealy Center on Aging (UTMB School of Medicine), Deputy Editor of the journal of Demography, member of the Executive Council, Center for Aging and Population Sciences, IAGG Treasurer, and a Commissioner on Aging for the City of Austin representing District 10. Among her recognitions are the American Sociological Association Section on Aging Outstanding Mentor Award, Jackie Lelong Visionary Leader Award, Next Avenue’s Influencers in Aging, GSA Senior Service Scholar Award, and Jacobs Institute of Women’s Health Charles E. Gibbs Leadership Prize, and is elected to the President’s Council at Family Eldercare. She also serves as an advisor to professional committees, non-governmental organizations and other agencies that provide basic services to older adults.

Dr. Markides received his Ph.D. in Sociology in 1976 from Louisiana State University. He is currently the Annie and John Gnitzinger Distinguished Professor of Aging and Director of the Division of Sociomedical Sciences, Department of Preventive Medicine and Health at the University of Texas Medical Branch in Galveston. 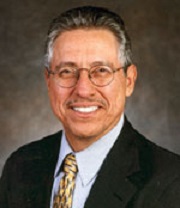 Professor Torres-Gil is an expert in the fields of health and long-term care, the politics of aging, social policy, ethnicity, and disability. He is the author of four books and more than 80 articles and book chapters, including The New Aging: Politics and Change in America (1992). As Assistant Secretary for Aging in the U.S. Department of Health and Human Services (HHS), he played a key role in promoting the importance of aging, long-term care, and disability issues in consolidating federal programs for older persons and in helping the generation of baby boomers redefine retirement in a post-pension era. Dr. Torres-Gil has served as President of the American Society on Aging (1989-1992) and is a member of the National Academy of Social Insurance. 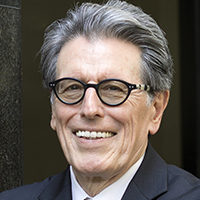 Dr. Vega was formerly Executive Director of the USC Roybal Institute and a Provost Professor at the University of Southern California (USC) with appointments in social work, preventive medicine, psychiatry, family medicine, psychology and gerontology. He also held the Cleofas and Victor Ramirez Professor of Practice, Policy, Research and Advocacy for the Latino Population at the USC Suzanne Dworak-Peck School of Social Work.

An elected member of the National Academy of Medicine (formerly the Institute of Medicine), Dr. Vega has conducted community and clinical research projects on health, mental health and substance abuse in diverse regions of the United States and Latin America. His specialty is multi-cultural epidemiologic and services research with adolescents and adults, supported by multiple public and private agencies and foundations. He has published more than 190 articles and chapters, in addition to several books. Dr. Vega is currently ranked by Research Gate in the top 2 percent of authors in overall research impact, and ISI Web of Science in 2006 listed him in the top half of one percent of the most highly cited researchers worldwide in social science research over the previous 20 years.