Contextualizing Health and Aging on Both Sides of the U.S./Mexico Border

The United States and Mexico are growing old; although, because of its relatively young population, Mexico will remain younger than the United States for some time. In the U.S., older Latinos will account for a large share of the total older population in the southwestern United States and the country at large as aging Baby Boomers begin to turn 65. The rapidly aging populations of Mexico and the United States will remain heterogeneous in terms of many social and demographic factors, including their urban and rural distributions. This heterogeneity calls for comparative analyses of the community as an important context in understanding how characteristics of physical, social, and economic environments gives rise to disparities in Latino health in older adults.

For this reason, the 2016 ICAA meeting will focus on the influences of social and economic contexts on healthful aging in Latino communities across the U.S./Mexico border in cities and towns such as Harlingen, Texas, Las Cruces, New Mexico, San Diego, California, and Chicago, Illinois. Key thematic areas encompass the ways in which Latino aging is affected by different contexts and places, including rural, periurban (between the suburbs and the countryside), and urban areas in these regions. Papers will employ different methodologies to address cross-cutting issues related to immigration processes, family and household structure, and macroeconomic changes on the quality of community life. At the microscopic level, several papers will pay close attention to the new realities of aging in Latino families in local places. In Texas, Latinos are growing rapidly older and as a result the City of Austin by example became a WHO designated age-friendly community in 2013. Another panel spotlights the role of local communities in developing affordable senior housing and supportive services, such as the Program of All-Inclusive Care for the Elderly in Texas localities and other places in the Southwest.

The ultimate objective is to offer new insights on the consequences of the impending growth and impact of the older segment of aging communities on local economies. 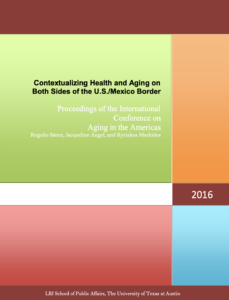 A PDF of the 2016 ICAA Proceedings is available here. 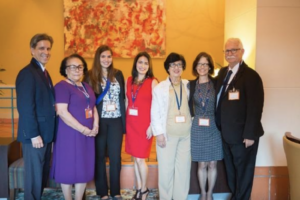 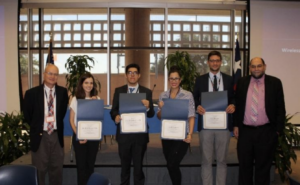