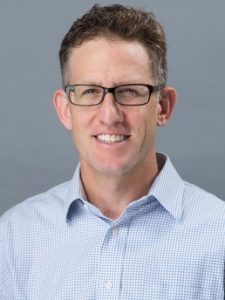 Prior to coming to UT, Dr. Busby was a research fellow at the Center for Globalization and Governance at Princeton’s Woodrow Wilson School (2005-2006), the Belfer Center for Science and International Affairs at Harvard’s JFK School (2004-2005), and the Foreign Policy Studies program at the Brookings Institution (2003-2004). He defended his dissertation with distinction in summer 2004 from Georgetown University, where he also earned his M.A. in 2002.

Busby is the author of several studies on climate change, national security, and energy policy from the Council on Foreign Relations, the Brookings Institution, the German Marshall Fund, and CNAS. Busby was one of the lead researchers in the Strauss Center project on Climate Change and African Political Stability (CCAPS), a $7.6 million grant funded by the U.S. Department of Defense. He was also the principal investigator of a Complex Emergencies and Political Stability in Asia (CEPSA), a 3-year $1.9 million project, also funded by the Department of Defense. He has also written on U.S.-China relations on climate change for CNAS, Resources for the Future, and the Paulson Institute.

Busby is a Life Member in the Council on Foreign Relations. His works have appeared in Political Geography, International Security, Perspectives on Politics, Security Studies, International Studies Quarterly, Current History, and Problems of Post-Communism, among other publications.

Busby served in the Peace Corps in Ecuador (1997-1999), worked in Nicaragua (Summer 1994, Spring 1996), and consulted for the Inter-American Development Bank (2000). Prior to working with the Peace Corps, he was a Marshall Scholar at the University of East Anglia (Norwich, England), where he completed a second B.A. (with Honors) in Development Studies (1993-1995). He completed his first B.A. (with Highest Distinction) at the University of North Carolina at Chapel Hill in Political Science and Biology.