This is not the matter that you’re thinking of. On September 25, the Central Government announced the development and eventual launch of five research satellites by 2015. One of these will search the universe for dark matter. This, however, will do little for Chinese citizens suffering from a very real and not-so-theoretical dark matter of their own, coal. 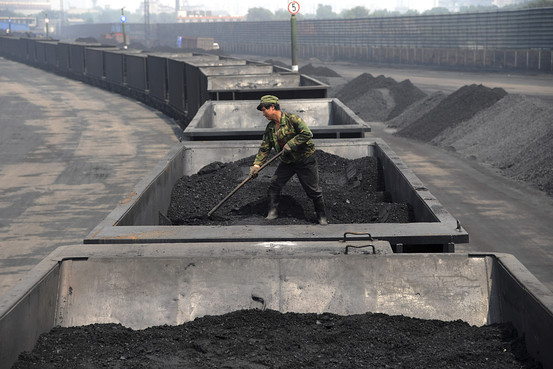 Reports Monday of a large cloud of smog descending on Harbin, in Northern China, prompted the government to shut-down schools, major highways, the airport, and even bus service in and out of the city. Images of the city have an eerie similarity to images of Pittsburgh, Pennsylvania during the 1950s. the U.S. government began to take study and take action on air pollution through the Clean Air Act soon after. Will the severity of a shut-down in China’s 10th largest city mark a significant shift in government policy addressing the worsening air quality in Northern China?

China’s air pollution problems are no surprise for a developing country that depends on coal for 70% of its electricity generation. Conditions in major urban centers such as Beijing have degraded to the point of elementary schools monitoring pollution levels to determine if students should venture outdoors as part of their recess or after-school activities.

The Central Government has announced a new plan for encouraging regions to combat air and water pollution to compete for special reward funding. These rewards amount to a total of 5 billion yuan ($818 million) in extra funding to regions that make the greatest improvement in reducing air pollution by the end of the year. These funds target the worst-hit regions for air pollution.

The awards focus changes on Beijing and its neighboring provinces including Tianjin, Hebei, Shanxi, Shandong and the Inner Mongolia autonomous region. While these efforts should provide relief, China’s coal dependence continues to block significant progress in reducing air pollution. The city government in Beijing has committed to closing its four final coal-fired power plants by 2015 and replacing the capacity with cleaner natural gas plants. This represents a serious effort in Beijing where past schemes have included forcing drivers to alternate their driving days in an attempt to reduce congestion and air pollution.

The dispersion of these funds based on this province level competition creates an incentive for policy innovation that could generate new methods of dealing with the situation that takes into account the expertise and experience of the local policymakers.

Goals target reducing the presence of PM 2.5 particles, which are small enough to gain entry to the respiratory tract and can worsen medical conditions such as asthma and heart disease. Air pollution and its impact on health have brought protests, which in some part prompted government action. According to the South China Morning Post:

Readings at several monitoring stations in Harbin showed concentrations of PM2.5, pollutants smaller than 2.5 microns across and considered a serious health hazard, had reached 1,000 micrograms per cubic metre in the afternoon – 40 times the safety level recommended by the World Health Organisation. The observed levels will have a significant long-term health impact on people living in Northern China.

According to The Wall Street Journal, the Central Government announced, in September, a pledge to reduce its national coal dependence to less than 65% by 2017. The plan also advocates the adoption of non fossil-fuel energy from 9.1% of the total energy mix to 13% by 2017. The most significant component of the plan seems to be the refusal of the Central Government to approve new coal-fired power plants in industrial centers such as Beijing and Tianjin in northern China, and the Yangtze and Pearl River Deltas in eastern and southern China.

While the new policy addresses a significant shift for urban China, it lacks any clarity for regions in the economically emerging regions in west China. The worsening air quality in Northern China will leave the Central Government no choice but to take serious policy action or face a significant public backlash. As the pressure increases on the government for immediate action, the potential for innovative policies to ease conditions and thus help maintain internal stability will increase. For now it is clear that the Central Government has no choice but to act to reduce its long-term coal dependence and to alleviate the public health crisis affecting its citizens.