For many developing economies, coal and other fossil fuel energy sources remain the primary method for electricity generation in the future. In the wake of the Fukushima nuclear accident in Japan, many developed nations, including Germany, have shifted their own generation towards coal. This shift away from nuclear power, particularly among European nations, coupled with the low price of coal could increase fossil fuel dependence worldwide. Given the level of emissions associated with coal combustion and its impact on the level of greenhouse gases in the atmosphere, a technology that could allow for its continued use while mitigating its negative externalities has a significant place in future climate policy. This is exactly the goal behind Carbon Capture and Sequestration (CCS) technology today.

CCS targets large sources of emissions such as fossil fuel dependent power plants. There are three main methods for capturing (scrubbing) emissions. In post-combustion capture; the technology targets the carbon dioxide within the flue gases that the combustion process releases. This technology originated with industrial uses, but its use at a power plant level scale has potential to significantly reduce the levels of carbon dioxide that these plants emit into the atmosphere.

In pre-combustion capture; producers partially oxidize the fossil fuels and can separate out component gases, such as carbon monoxide, carbon dioxide, and hydrogen. At this point, the producers separate the streams of gases and can capture the carbon gases while allowing the hydrogen to continue through the process for combustion and the generation of electricity.

The final method is oxy-fuel combustion where producers burn fuel in an environment of pure oxygen, rather than normal air. At this point flue gases (primarily water vapor and carbon dioxide) are re-circulated into the chamber, cooled, and the result is a stream of carbon dioxide and a byproduct of condensed water. Each of these methods has its own drawbacks and limitations, and there is no question that each of these will require significant investment to come to fruition as a viable technology for reducing greenhouse gas emissions.

In the United States, new regulations from the Environmental Protection Agency will require new coal-fired power plants to adopt CCS technology to limit carbon dioxide emissions to 1,100 lbs. per megawatt hour. At this point, development of the technology has not proven a wide-scale commercial potential. The Department of Energy has invested significant resources (Congress apportioned $3.4 billion as part of the Recovery Act of 2009) in a research, development, and demonstration (RD&D) program to stimulate interest in the technology. While there are no commercial ventures that have adopted CCS technology solely for the purposes of carbon sequestration, the RD&D program has demonstrated for the technology to function at a commercial scale.

One facility that is under development in Kemper County, Mississippi, is a lignite-fueled integrated gasification combined-cycle (IGCC) facility. The technology in this type of plants resembles the pre-combustion process for carbon capture above. According to the Congressional Research Service, this facility will transport its estimated 3 million tons of carbon dioxide each year for use in enhanced oil recovery operations in Mississippi by early 2014.

[The Project] Has received $270 million from DOE under its Clean Coal Power Initiative Round 2 program, and is slated to begin commercial operation in May 2014. The 583 megawatt capacity facility anticipates capturing 65 percent of its CO2 emissions, making it equivalent to a new natural gas-fired combined cycle power plant. Cost overruns at the Kemper Plant, however, have raised questions over the relative value of environmental benefits due to CCS technology compared to construction costs of the facility and its effect on ratepayers.

Estimates suggest that the total cost for the project will reach $3.4 billion. Supporters of the technology argue that over time this figure will fall as more and more plants adopt the technology. Its critics argue that the cost and already significant investment of the Department of Energy further their skepticism. 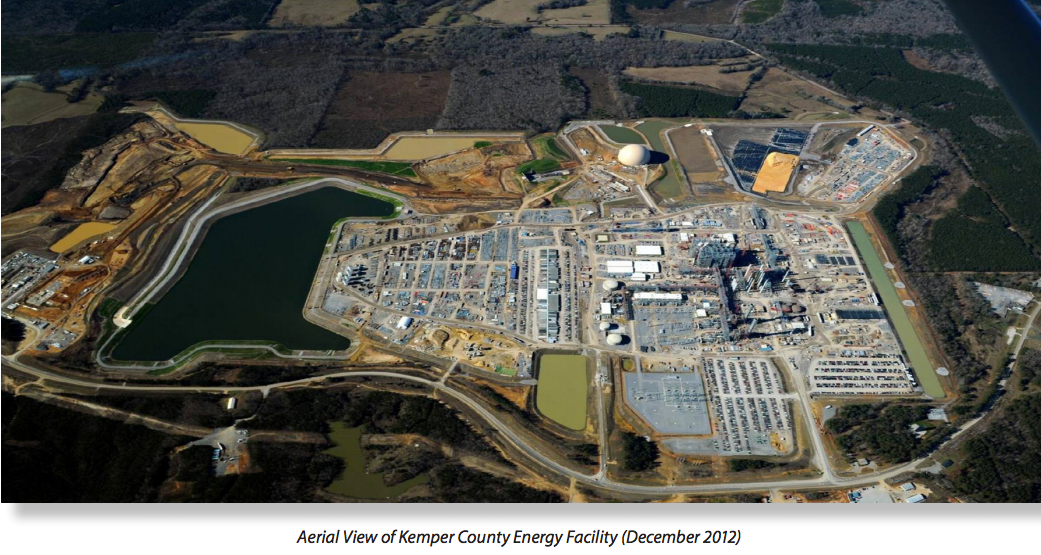 While the commercial potential of this technology will take more time and investment to determine, it is clear that the potential for reducing emissions while still using fossil fuels in the global energy mix is worth further development. Carbon Capture and Sequestration technology, will not serve as a panacea, but rather as an integral part of both overall energy efficiency promotion and the increased adoption of renewable and low-carbon energy sources. A mix of all three of these efforts could play a crucial role in reducing the impact of economic growth on the climate as a whole.