What does the Indian General Election mean for Climate Change? 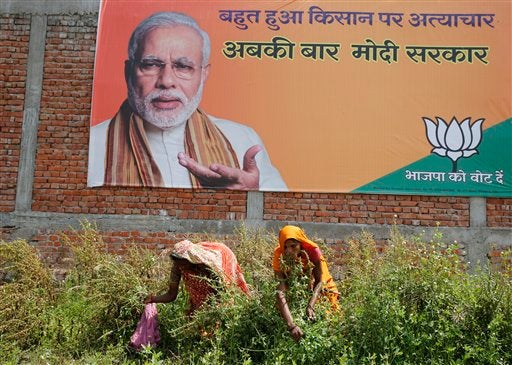 As more than 850 million Indians look to elect a new government this year, it is not clear if “election issue” for any of the major political parties. None of the parties have actively campaigned using the climate change or environmental sustainability platform. This is partly a result of issues like economic growth and energy security being high up on the priority list for voters. The question remains, does this absolve the major political parties of their responsibility to address one of the defining challenges of this generation? climate change is an

Surely, climate change and reducing GHG emissions should matter and figure strongly in India’s political discourse. India is the second most populated country in the world, the 9th largest economy and one of the largest consumers of coal, gas and oil. While its emissions per capita is low (around 0.93 tonnes of carbon per person) compared to that of developed countries (around 16 tonnes for the US, 7.4 tonnes for the EU), there is only one direction they are likely to grow in : Up.  If the current energy mix is any indication, increasing rural electrification, fueling economic growth and improving developmental outcomes will come at a heavy price if climate change is not taken into account.

India is experiencing the direct effects of climate change and increasing GHG emissions on its economy and environment. A recent WB study measured the annual environmental cost of India’s economic growth at $80 bn. The same report also estimated that around 23% of child mortality is a direct result of environmental degradation, air pollution being one major cause. Moreover, it concluded that this environmental degradation need not be a necessary outcome of economic growth. India is also witnessing increasingly erratic weather patterns such as prolonged droughts and changing monsoon seasons. The Indian state of Maharastra for example, is experiencing its worst drought in the past 40 years. Moreover, it recently suffered a freak hailstorm (an unnatural natural event for the area) which caused damage to agricultural crops to the tune of Rs. 20000 crore.  It’s clear that these changing weather patterns will affect India’s agricultural sector to a scale not yet seen.

So what’s the scope of climate change in the general elections?

While all major contenders: the incumbent Congress (and its United Progressive Alliance), the challenger Bharatiya Janta Party (and its National Democratic Alliance), the Bahujan Samaj Party (BSP) and the emerging Aam Admi Party (AAP) mention climate change to some degree, there is no indication if this is any more than lip service.

The Congress party, in its election manifesto states that “climate change has now emerged as a serious challenge for the world community” and has committed to implementing its National Action Plan on Climate Change, released last June, “in letter and spirit.” Similarly, as the Worldwatch Institute notes, “the BJP has outlined a fairly robust set of measures stating that it will pursue national growth objectives through an ecologically sustainable pathway that leads to mitigation of greenhouse gas emissions, recognizing that containing global warming is essential to protecting [the] life and security of people and [the] environment.” Given Modi’s mandate of economic growth and energy security, the BJP’s manifesto also notes that mitigating the threat of global warming “by building a low carbon economy is the biggest economic opportunity of the 21st century.” The other two parties briefly mention climate change in their agendas for energy security through renewables but climate change is treated more as an afterthought rather than a prime issue.

The Worldwatch Institute’s opinion piece also notes that even if the government changes hands, India’s internal policies (executed through the institutions defined in National Action Plan of Climate Change) and its stance in international negotiations is unlikely to change. The reason for this is that the bureaucrats and technocrats leading individual climate change missions will retain their positions. At most, the figureheads in charge of international negotiations, usually political appointees may change. This can be both a good or bad thing. On one hand, this means that policy stability will be maintained to a certain extent. On the other hand, depending on who wins the elections, India’s negotiation stance may become hardened or more flexible. India will most likely continue its support of the principle of “common but differentiated responsibilities” and base its argument on the developmental needs of its economy. What can change is the level of attention the new (or old) administration pays to funding and implementing the NAPCC.

Election year in India tends to be a big deal as most of new policy development and execution is put on hold till the fog of campaigning and six week long voting clears. In this sense, post elections might just be the right time for the international community to amp up its interactions and support of India’s climate change initiatives. The US Department of Energy’s National Carbon Capture Center (NCCC), is planning to send a delegation to India to spur collaboration on carbon capture technology as soon as the general elections are concluded.

Similarly, India’s equity markets, the SENSEX and the Indian rupee have rallied upwards with news of the ‘reformer’ Modi and his BJP party extending a lead in major states. Modi is seen as ‘market friendly’ by foreign investors and is likely to improve incentives for greater investment in India’s lucrative markets. However, while increasing FDI can improve living standards and make more energy production and consumption more efficient, it can also come at a cost to the environment if regulatory standards are not upheld. While India’s climate change agenda can definitely benefit from regulatory reform, weakening regulations may be counterproductive. Forbes in its analysis notes that “Reliance Industries, for example has been hampered by environmental rules at some turns, but has had them ignored in others.” As a result, the election results will invariably affect environmental regulations – however the direction or magnitude is yet to be seen.

While climate change may not be an explicit campaign platform in the Indian elections, the subject deserves a greater space and merits a greater sense of urgency in India’s public and political discourse. Will this happen as an outcome of the elections? This is yet to be seen. Perhaps the best way to reconcile India’s climate change imperatives with that of a growing economy is through the lens of increasing economic and environmental co-benefits and improving energy security.

Bilal Bawany is a second year Master of Global Policy Studies student at the LBJ School specializing in International Development and Governance. His experience in the public health, agribusiness and education sectors has fuelled his interest in how public private enterprise, aid and development policies affect the political economy of service delivery in developing countries.