Trips that use carbon-intensive modes of transport like Light Duty Vehicles (LDVs) play a primary role in GHG emissions from transport due to the aggregate effect of increasing per-person km travel via an increased demand for LDV mobility. In fact, the greatest percentage of emissions from road transport comes from LDVs. According to McKinsey, by 2030 there will be 1.321 billion LDVs emitting 4.3 GtCO2e annually. 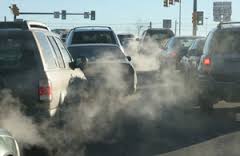 Congestion in urban areas has started to reach a saturation point due to increasing rates of urbanization globally. The number of people living in urban areas increased from approximately 40% in 1990 to 51% in 2011, and is projected to increase up to 75% by 2050.  Rising prosperity has coincided with an increase in per-person passenger and freight km traveled. Though per person km traveled is currently slowing in OECD countries like the U.S., Japan, and Europe, a sharp increase in demand for transport infrastructure is projected to occur in still-developing countries and China. Shaping current and future demand for travel should thus occur through fiscal incentives and integrated, sustainable urban and transport planning, or travel demand management.

Smart urban growth and sustainable infrastructure also provide co-benefits of equitable economic development and improved quality of life, which will enable SLoCaT reforms in developing and developed economies alike. Despite the latent ability of avoid solutions to deliver steep long-term benefits, visible policy bias has prevented their implementation in many cases. The following section will present the interventions in this space that deliver the greatest emissions reductions while incurring a minimal cost, starting with local level reforms and ending at the international level.

In the context of Travel Demand Management (TDM), examples of avoid strategies include sustainable land-use planning or transit oriented growth, user fees such as congestion charging and distance-based fees, and freight charging. Though data regarding emissions reductions are difficult to find for most of these strategies, the Center for Clean Air Policy (CCAP) circulates a model for estimating the costs and potential emissions reduction potential of many avoid strategies that fall under the TDM paradigm.

According to the CCAP Emissions Calculator, the greatest areas of metric CO2 emissions reduction potential at default lie in the smart growth of cities as regulated at the state and regional level. This includes fiscal tools and incentives such as, in order of the magnitude of CO2 emissions reductions possible, pay-as-you-drive insurance, targeted infrastructure spending, road pricing, and green mortgages. Land use policies with the greatest potential include infill/brownfield development, and permitting and zoning reforms.

All of these strategies are incorporated into comprehensive smart growth planning and transit oriented development. Other elements of smart growth and transit-oriented development, as encouraged by TDM strategies, include transit hubs, telecommuting, and internalizing the cost of emissions through fuel subsidy reforms and caps for emissions output. California’s Sustainable Communities Law of 2008 is a good example of a pioneering state plan for transportation reform that incorporates the above elements of smart growth. This discussion will delve into user fees and incentives, targeted infrastructure development in developing countries, and internalizing the cost of emissions through fossil fuel subsidy reform and emissions caps in the international transport space.

Congestion pricing, which is a form of road pricing, is calculated as a function of traffic intensity and commuter access. Forms of congestion pricing include area charges, which have been implemented in London since the early 1990s, cordon charges, which exist in Singapore and Stockholm, Sweden, and parking and highway fees, which enjoy wide-spread implementation in the U.S., Australia, and Europe. These fees are implemented in static, variable, and dynamic schedules, which influence demand differently. Of these types of fees, variable area and cordon-based fees have enjoyed the most success in stably shaping demand, as users know what to expect in transit and thus plan their routes accordingly.  In its Fifth Annual Report in 2007, the Transport for London estimates that CO2 vehicle emissions were reduced by 16% from 2003 levels in areas where variable or step congestion charging was in effect.

Though congestion pricing serves as the dominant form of demand shaping in transport, distance-based fees have also surfaced as an alternative for flat-rate fees like fuel taxes. In the U.S., the state of Oregon has been testing a weight-distance-based set of fees which add a miles-driven fee to gas purchases based on mileage readings by a station device. Another distance-based fee system was implemented in the Puget Sound area of Washington State and used GPS monitoring to impose tolls and incentives to reduce citizen demand for travel. These programs served as experiments to determine whether distance-based fees could eventually replace federal and state fuel taxes in the U.S. as alternative vehicle technologies become an increasingly mainstream fixture in the automobile market.

In Oregon, over 90 percent of participants said they would continue paying distance-based fees in lieu of fuel taxes, and the behavioral changes witnessed in the Puget Sound program were significant and projected to have the potential to lead to $28 billion in savings over a 30-year period if implemented over the entire Puget Sound transportation system. Though data on the emissions reduction potential of this and other similar programs are not yet publicly accessible, more research is surfacing on the potential benefits of distance-based fees as a replacement for fuel taxes in the freight sector. For example, weighted distance-based pricing may encourage truck fleet owners to invest in a more sustainable distance-based infrastructure.

User fees can be difficult to enforce, however, and tend to occur in the context of a free-market economy. An example of demand shaping in a more centralized decision making atmosphere is that of the governments of Shijiazhuang, Beijing, Shanghai, Guangzhou and Guiyang in China enforcing license and vehicle permit lotteries and auctions that restrict the number of drivers based on day of the week and MDV-HDV heavy freight vehicles by hours in the day. Beijing was the first city in China to implement a lottery system due to the pressures of hosting the 2008 Summer Olympics, and this system has spread to 4 other cities.

Concerns of inequity have surfaced, as Beijing and other participating governments implement other congestion-control policies, like a fee and stringent eligibility requirements associated with small vehicle registration. These policies have had some effect on reducing congestion and slowing personal passenger LDV sales, which is important given the fact that LDV sales have been growing steadily in China over the past decade, with sales culminating in a record-breaking high of 20 million automobiles sold annually in 2013. Electric Vehicles, and particularly 2-wheeled motorized vehicles, have witnessed a substantial market share increase as a result of these policies, as demonstrated by the break close to 2008 in the following figure. Generally, city governments must make a trade-off between decreasing smog-causing pollutants and promoting the economic development of the city.

As China continues to develop, expanding population growth in urban and rural areas will place increasing demands on its existing transportation infrastructure. Chinese policy makers will have to make a choice between sustainable transportation demand shaping and quick fixes. This warning echoes in other developing economies in South and Southeast Asia, where megacities have developed according to an old, inefficient transportation planning paradigm that developed nations like the U.S. and E.U. members are starting to discard. The next post will describe how better transportation infrastructure planning in developing countries, where transport demand is projected to increase substantially, contributes to meeting the 2DS by reducing the carbon emissions of construction.