Sometime in the first decade of the 21st century, China surpassed the US as the largest aggregate emitter of CO2 emissions. 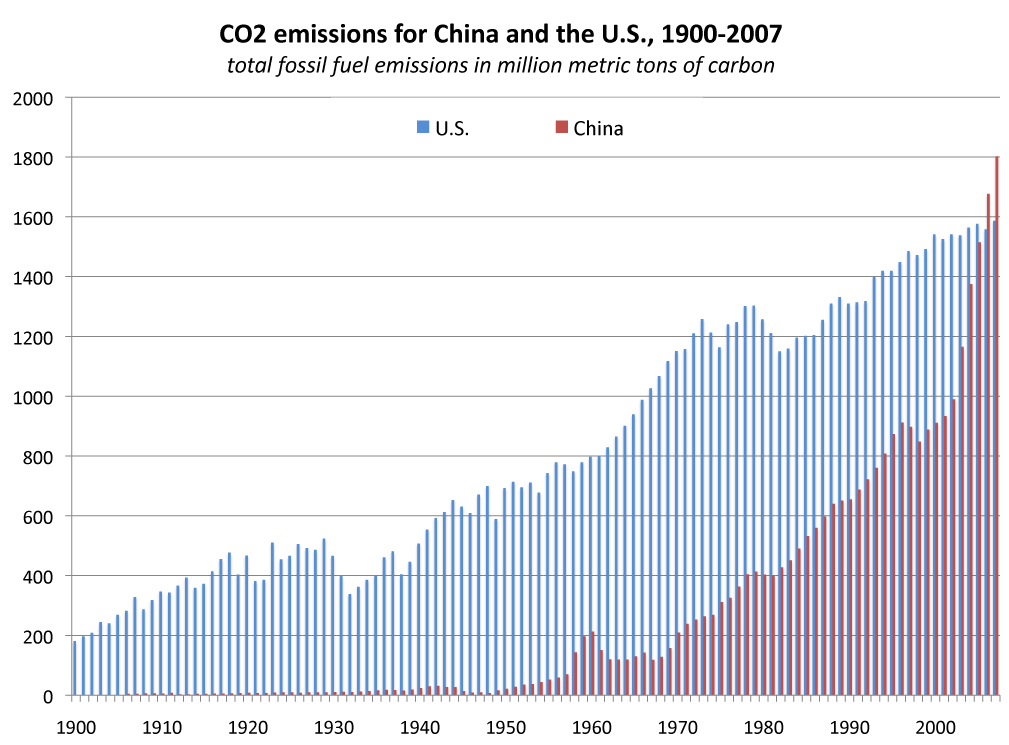 It’s clear that any discussion of anthropogenic carbon emissions and future mitigation is not complete with China.

Historically, GHG emissions were driven by economic and industrial growth, which relied heavily on fossil fuels to meet energy demands. Although serious efforts have been made to shift the energy mix in favor of non-fossil fuels, nonetheless as of 2011, China still requires 50% more energy intensity to produce one unit of gross domestic product (GDP) than the US. Economically, China has enjoyed tremendous success; surpassing Japan as the world’s second largest economy in 2010. However, the tremendous growth has not come without costs. A World Bank study estimates 750,000 people die in China every year, as a result of burning coal. Recent cases of Chinese cities shrouded in dangerous levels of air quality, appropriately deemed the “airpocalypse”, and growing concerns for energy security have been the driving force behind the domestic push for GHG emission mitigation.

Reducing GHG emissions has been a top priority for Chinese policymakers, a pursuit that serves its own national interests. In a meeting with US secretary of State John Kerry, President Xi Jinping pointed out “China is making progress not at the others’ demand but [because of] our own will.” In addition to the more salient issues of air pollution and human health, other co-benefits should be considered, including: