Prospects for Nuclear Energy in the Post-Fukushima World 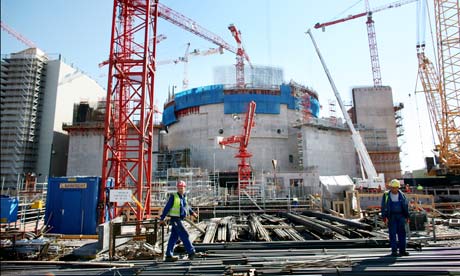 A common argument you might hear about is that the Fukushima Daiichi Nuclear power plant disaster scared the world away from pursuing nuclear energy. The only problem is that argument is not particularly well-supported by the evidence. In some countries, the disaster  shifted preferences against nuclear, but at the end of the day concerns about energy security will trump concerns about safety. If Fukushima really scared the world away from nuclear energy, you would expect to see very few plants under construction, and very few plants planned for construction. But this just isn’t the case. The number of reactors under construction and the number of reactors planned for construction  indicate that nuclear is far from dead. My bottom line: the prospects for nuclear are not as bad as you might think.

In a recent post I wrote about Germany’s nuclear exit, and argued that the Fukushima Daiichi distaster did not have as great of an effect on Germany’s energy policy as one might expect. I fear that I may have conveyed the wrong message, because aside from a few European countries I see only some evidence of a turn away from nuclear. From a global perspective, Germany is an outlier. While Germany’s exit from nuclear is definite, the nuclear issue is far from settled in the rest of the world. In this post, I am going to make the case that nuclear has taken a hit after Fukushima, but it is far from disappearing.

According to the IAEA, there are currently 72 nuclear power plants currently under construction.  Dis aggregating by region, thirty seven of those are in Asia-Far East, fifteen are in Central and Eastern Europe, ten in the Middle East and South Asia, five in North America, three in Latin America, and two in Western Europe.

Breaking these numbers down by country, China accounts for the bulk of the growth in nuclear energy — 28 plants are under construction.  Russia has ten plants under construction, the Republic of Korea has five, the USA has five, Argentina has two, as does Japan, Pakistan, Slovakia, Ukraine, and the UAE. Belarus, Brazil, Finland, and France all have one reactor under construction.

Moreover, this counterargument cannot explain why the construction of many reactors began even after Fukushima. Construction on the US- Summer 2 and Summer 3 reactors, for example, began in March and November of 2013, respectively. Furthermore, the counterargument cannot explain why neighboring countries to Japan – countries you would expect to be much more aware of the massive costs imposed by a nuclear disaster – have gone ahead with nuclear plans as well. Korea began construction  on the Shin Hanul 1 reactor in July 2012, and its Shin Hanul-2 reactor in June 2013. China  began construction on its Yianjang 4  17 Nov 2012, its Yangjiang-5 reactor on the  September 18th 2013, and its Yangjiang -6 reactor on  December 23rd, 2013.

At the end of the day, concerns about energy security may win out over perceived dangers of nuclear energy. Resource scarce countries, such as Korea, continue to move ahead with nuclear projects despite their proximity to the Fukushima disaster. Even Japan has continued construction of its two nuclear power plants, and may re-open reactors that it closed down after the Fukushima disaster.

Nuclear may taken a knock after Fukushima, but it is far from dead.