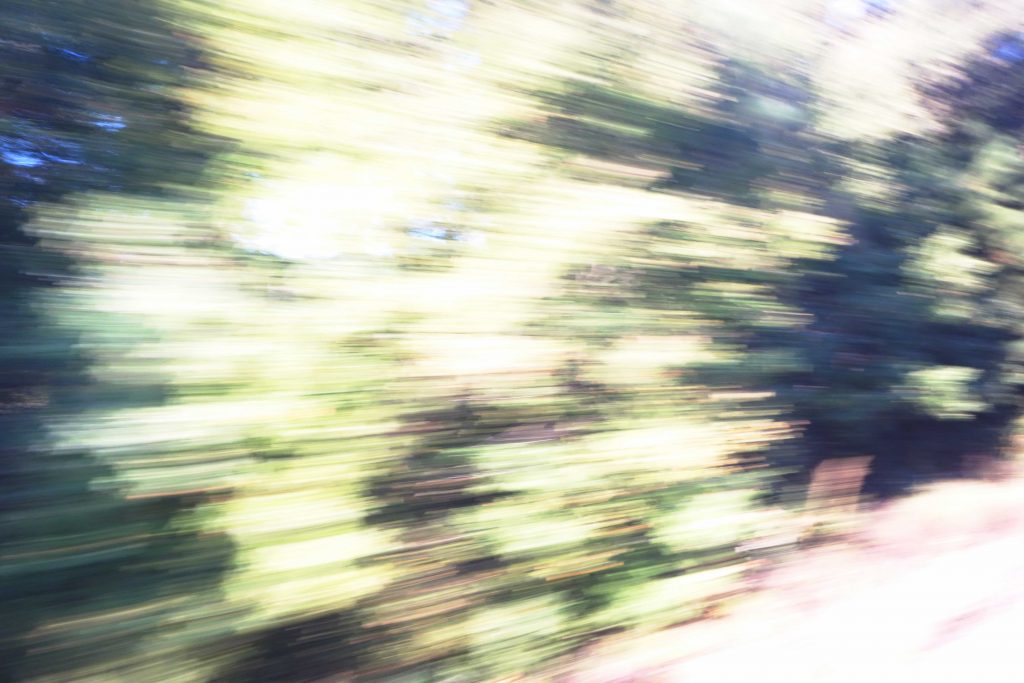 (The images shown in this text were taken by Regina & Christian on the 48 hour train ride from NYC to Austin in the last days of September 2017.)

Regina and Christian were visiting scholars at PASP during the month of October 2017. In their research for a literature-and-music project they focused on the Alice Kober Papers.

This is their report from their month using PASP’s Kober collection.

First off, we are extremely grateful for the truly inspiring time we had at PASP. The generosity and openness we encountered were exceptional and provided a fruitful environment for our research. Regina, as a writer, was interested in retrieving the hidden stories or some glimpse of them in Alice Kober’s life. Christian, as a musician, focused on the visual aspects of her work notes–graphs and tabulations–which he will interpret as musical scores. This will be the sound part for a live piece or audio drama together with Regina’s texts.

The larger context of our month in Austin is an amazing six-month residency grant from the Canton of Berne in New York City, where we will keep working on the project until the end of January 18. Especially in contrast to Manhattan, we enjoyed the sunny and relaxed atmosphere in Austin, all those little encounters we had every day. Yes, we bought Cowboy boots, went to the stadium, had a lot of BBQ and bloody good drinks. Just the bats were gone already, but that’s another good reason to be back some day.

We’d like to thank Professor Tom Palaima for the opportunity to work at PASP, for his guidance, insights and anecdotes, which made the context of Alice Kober’s work even more vivid and accessible to us non-classicists, archivist Garrett Bruner for his trust, advice and time, Vanessa Noya for her warm assistance and Cassie Donnelly for sharing her knowledge and office with us. Vielen, vielen Dank!

Some fragments from Regina’s archive notes

“Deciphering the Silence” is a layered project circling around Alice Kober. It is about: Knowledge and dedication. Love in the margins. Language and scripts. Writing as a gesture of deciphering. Daughterhood, womanhood in a male world. Lacking. Insisting. Traveling. Losing against time.

My brother encourages me with the cheerful statement that after all, it is only an equation with 65 unknowns and shouldn’t take a competent mathematician more than a couple of lifetimes, provided he finds enough relationships between the unknowns.

Alice Kober didn’t have a couple of lifetimes. She didn’t exactly have one–given her untimely death in 1950. We found a note card in her cigarette files cut out from a letter. By chance the date it was written is visible: May 8, 1950. We checked it several times. Maybe the letter expressed someone’s wishes that she might get well soon. She has literally worked until she died.

One can know everything about nothing.

“Deciphering the Silence” aims at writing her back into the world. The novel, which I imagine to be more of a texture than a text, will incorporate different voices and traces: one will be Alice’s own voice, based on fragments from the correspondences with Franklin Daniel and Johannes Sundwall, other ones will be fragments and short stories telling significant moments of her life and my search for her.

The basic distinction between fact and theory is clear enough: a fact is a reality, an actuality, something that exists; a theory states that something might be, or could be, or should be.

Kober, through and through, is an empiricist. Alice in the sea of frequency. Myself: constructivist, drink me, everything always a narrative, an elasticity. Boundaries as a means of power, maintaining territory, worst case: great wall. (October 2017: U.S. officials say eight border wall samples are now ready to be tested to see how they’ll hold up against everything from hammers to torches.) ((The infuriated counter strike of the pocket lamps, alas, little beams of humanity.))

Semitic and Egyptian are a nuisance, because they lack vowel signs, and leave too much to the imagination.

Alice’s fear was to be led in circles by invalid assumptions without knowing it. Her unease with all sorts of latency or voids. You know it, too: if you have to climb a flight of open stairs. Your certainty as a child (and still today the suspicion): that you will blunder into the gaping stair boards with one wrong step and from there fall all the way down right into the idle stacks of boxes or home accessories. I take Alice’s hand and we jump off and while we fall we have time to have a good look at everything. I see: nothing. I read every single letter, every paper, every notebook page and there are many. I know everything about Alice as scholar but still nothing about Alice as daughter, as friend, as woman. Alice lets go of my hand for a moment to intertwine or fingers. It was of no value, she says. My fingertips on the back of her hand. I knew that I’d have to invent things in order to write her back into the world. But I didn’t anticipate that I would feel childish compared to her determinedness and her brilliant mind. She: meticulous lines with the finest pen, I: a set of crayons. Our fall velocity decreases.

During a whole month I didn’t find a single comment or thought that wasn’t meant to be where was supposed to be. No accidents, no re-used paper with stuff on the reverse side, no slippage. But on the last day in the archive, in the last drawer I pull out: a little ring binder. It was Hittite homework, probably from 1941. On one of the last pages, Alice wrote in German and pencil: When grass has grown over all the good things, for sure some camel comes along to eat it all away. It is a slightly awry version of a line from the 19th century author Wilhelm Busch, which in the original has grass grown over “a bad thing” not “all good things”, like Alice put it. “Let grow grass over something” is a German saying equivalent to “time heals all wounds”, so it is all about some troublemaker stirring up what should be left in peace. The camel, enchanté, that’s me. 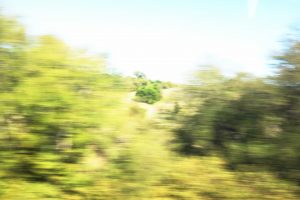 Regina is a writer, performer, lecturer and researcher. She has published miniatures, short stories, audio dramas, kids’ books and YA novels. She teaches creative writing at the Berne University of the Arts/Swiss Literature Institute and in the Adult Education Center in Biel. Preferably she collaborates with artists from other disciplines, as art & life for her are all about encounters. Her writings have won several awards, a.o. the IBBY Honour List, the Wartholz Literature Prize, the Peter-Haertling-Prize and the Literature Prize of the Cantone of Berne, her books have been shortlisted for national YA book awards in Germany and Switzerland.

Christian is clarinetist and electronic-musician with a strong love for contemporary music and experimental noise, transdisciplinary collaborations and being en route. He completed his classical studies at the Conservatory for Music & Theater in Berne. Since then, he  works as improvising electronic-musician, electro-acoustic bass-clarinetist and composer with a conceptual approach. Christian’s projects have him traveling constantly. In the last few years he was in nearly every European country, Iceland, China and Hong Kong, Chile and Argentina. His music appeared on more than 25 CD and vinyl releases. Christian composed the music for more than 30 theater pieces and dance performances.

About Regina and Christian’s duo, Butterland

The Switzerland based duo Butterland (Regina Dürig and Christian Müller) work in the field of story and sound, their poetical and sculptural pieces seeking a mutual approach to narration and reduction. They stage live performances, poetic noise, audio dramas and installations. Butterland pieces have been show at sound art festivals in Germany, France, Austria and Switzerland and some have been broadcast by Swiss and German and underground radio stations. The audio drama Childhood Stories, a poetic documentary about growing up in the 80s in China, won the jury’s price in the category “experimental“ at the Swiss audio festival Sonohr.