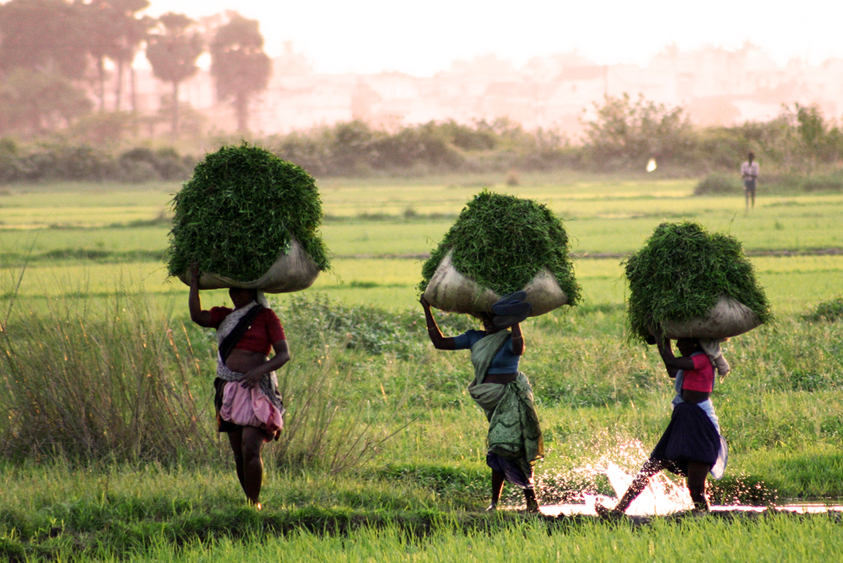 Rice is one of the most widely consumed commodities in the world. Ninety percent of global rice production takes place in Asia with over half of the world’s rice grown just in China and India. But while rice has beneficial nutritional properties and provides livelihoods for millions of farmers worldwide, this ubiquitous grain has a darker side as well. Rice cultivation is a significant contributor to greenhouse gas emissions. In particular, rice production is among the leading methane emitters in the agricultural sector.

When people think of methane emissions in agriculture, most probably tend to consider this as a livestock issue–either through ruminant animals or waste management. However, about twenty percent of agricultural methane comes from rice cultivation and close to one third of these rice methane emissions originate in India. 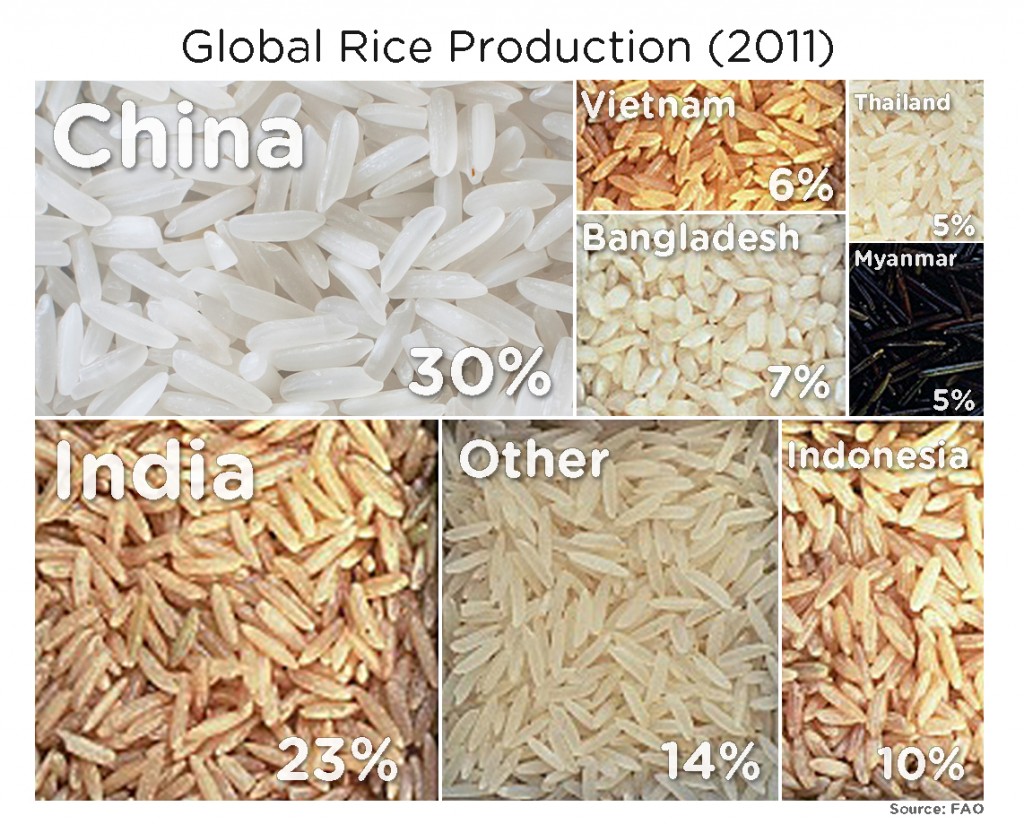 Rice is typically grown in one of five ways, with some methods contributing significantly higher levels of methane emissions: 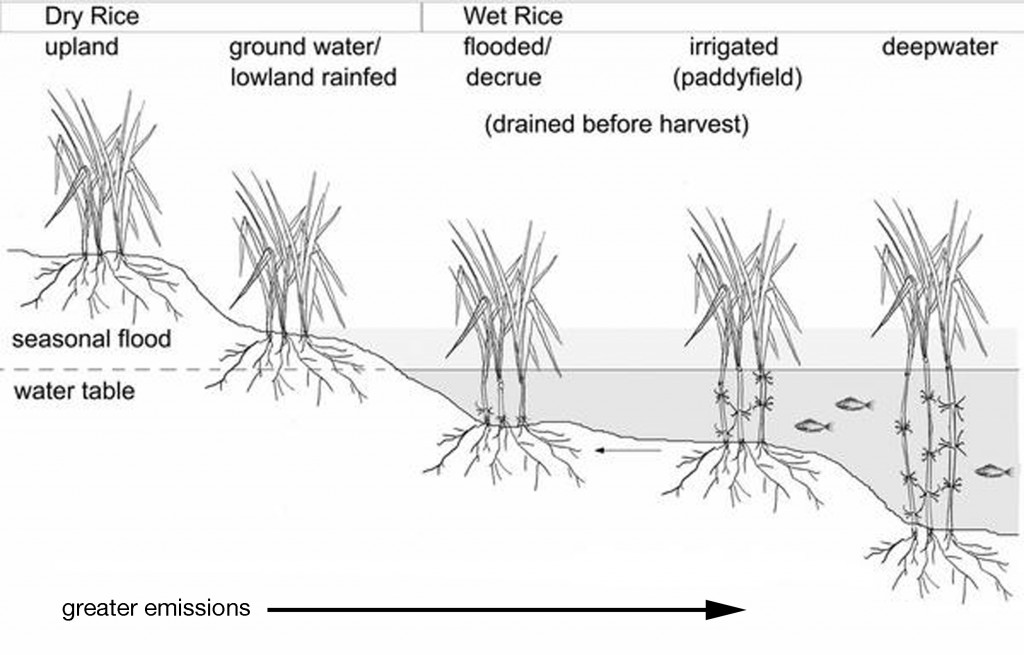 Methane is produced in a process called anaerobic respiration, which occurs in wet field conditions. When fields are flooded, organic material essentially begins to decompose through methanogenesis. Methane is then released either through the plant or from the soil after water has been drained. Ninety percent of rice land is flooded, for at least part of the year, contributing significantly to agricultural methane emissions. The reason for this flooding is that more water in rice production boosts crop yields. While rice can be grown in several different land conditions, more water increases soil fertility (by raising the nitrogen and phosphorous content of the soil) and as a result increases plant productivity. This capacity for higher yields, clearly, is a deterrent for farmers to grow rice in drier, more climate-friendly production environments.

The most logical mitigation measure–drier growing conditions–if improperly implemented can have a regressive effect on farmers’ incomes. Recently, however, there have been many cases of reduced methane emissions through more effective water management. China has managed to cut down on methane emissions through midseason draining of rice fields. Midseason drainage and intermittent irrigation conserve water and reduce the length of time in which methane-producing conditions exist in paddy fields. While some studies find that midseason drainage may increase N2O production, there appears to still be a reduction in net global warming potential. Another option is a shift to more efficient irrigation systems which make flooding fields unnecessary. Pakistan, partially in an effort to curb increasing water scarcity, is working on a plan to convert most of the country’s rice paddy crops into dry direct-seeding varieties which, when irrigated in an an efficient and targeted way, have the potential to maintain high productivity. India has had some limited success this year with System of Rice Intensification (SRI) being carried out at the smallholder farm-scale. SRI is a technique wherein farmers plant fewer seeds and cultivate them with more precision, using less water and less fertilizer. Essentially, SRI is highly attentive crop management. Indian villages that have adopted SRI have seen increases in yields of up to 45%. Since these crops are grown in drier soil, they release less methane. However, while the potential for SRI is not to be dismissed, there are limits to its scalability.

These are just a few examples of steps that can be taken towards climate smart agriculture. As the global population is expected to increase dramatically in the coming years, agricultural productivity must also increase. It will be important to determine how to bring this intensification about sustainably, so that meeting the food needs of a growing population does not simultaneously contribute to global warming.