Globally, derived demand for transport services outpaces its supply. In developing countries like India, much of this demand is new, and existing transport technology and infrastructure lag behind what is needed to sustain current rates of economic growth and activity, both domestic and international. 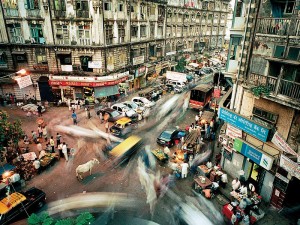 India’s domestic economy relies on the movement of goods from place to place, and the three networks that define India’s transport sector: road and highway, rail, and maritime, play an essential role in getting the job done. Of these three modalities, India’s road and highway network must weather the most wear, as it carries nearly 90 percent of passenger traffic according to World Bank data. Nearly 70 percent of India’s 1.2 billion population count among the rural poor, which means that they do not always have access to all-weather roads, leaving them prone to isolation during the monsoon season. Roads certainly claim their title as the dominant form of transport in India: highway density (per square km) in India surpasses values for the United States at .66, and the number of new vehicles entering traffic has increased by about 10 percent annually over the last 5 years.

Between 50-80 percent of India’s freight is transported by trucks, lorries, buses, and other heavy-duty vehicles. Heavy-duty vehicles (HDVs) like these traverse the gamut of India’s road network, but highways and rural roads demand special focus. In 1998, the Indian government implemented the National Highways Development Project, set to be completed in seven phases by 2012 and supervised by the National Highways Authority of India under the Ministry of Road, Transport, and Highways. This project has not yet been completed, but is set to bring India’s major thoroughfares, which comprise 2 percent of road infrastructure, but support 40 percent of road traffic, to a higher standard.

The central and state governments of India were granted the power to regulate vehicle emissions through the following landmark legislation decisions: the Air (Prevention and Control of Pollution) Act of 1981, the Environment (Protection) Act of 1986, and the Motor Vehicles Act of 1988. Additionally, India regulates HDV emissions through the Bharat system, which mirrors the Euro 5/6 standards. New vehicles sold in India must satisfy the Bharat/ Euro 4 standards. These standards were adopted in part to address the increasing risk to public health posed by CO2 and CO emission caused by idling diesel-powered lorries and trucks in traffic congestion. Conflicting information exists regarding the effect of these standards on the magnitude of emission from HDVs in India, but recent estimates published by the India transport forum state that total emissions from trucks and lorries has decreased 61 percent since 1989. 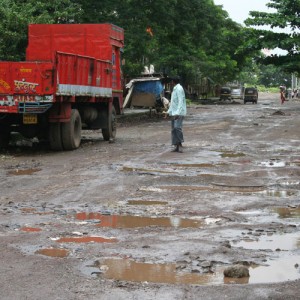 In an article published by Livemint, India’s second largest business newspaper, decelerated industrial output and economic growth in 2013, higher user fees in the form of freight rates, and a spike in diesel prices have started to drive Indian lorry fleet owners out of the market. On the labor supply side, new standards for granting licenses that require drivers of hazardous products including kerosene and diesel to have had at least 10th level of education have made supplying drivers a difficult task. This has brought back bad memories of the lorry driver shortage of 2011, when drivers went on strike due to poor wages and a nationwide 15 percent hike in freight rates.

It will be a challenge in the coming years to prevent the cost of reducing emissions from HDVs in freight from trickling down to individual truck drivers and fleet operators- some have even blamed the implementation of the Bharat standards for the contraction of the commercial vehicle market share in India’s economy, and hard evidence for their effect on reducing emissions is still being disaggregated. Additionally, quantifying emissions from HDVs in the Indian economy may prove to be a Sisyphean task currently, but it will prove a decision worth making as annual percent activity increases in HDVs and buses climb from 2010 levels of 22-28 percent to 74-328 percent in 2050. Road transport is also projected to compose 90% of India’s transport energy demands in 2050.