These are exciting times for global efforts to reduce hydrofluorocarbon(HFC) emissions; greenhouse gases that are widely used in refrigerators, air conditioners and other industrial applications. Compared to two years ago when China and India’s semantic ping pong  dulled any prospects of progress in the Montreal Protocol’s 31st Open-ended working group, this year we can expect to see real diplomatic breakthroughs.  In early September, Chinese President Xi Jinping  put pen to paper and agreed with with the US to work together to “use the expertise and institutions” of the Montreal Protocol to phase down the production and consumption of HFCs. The question now is, will India follow? 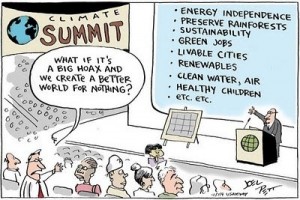 Why is this important? Well, because HFCs have long been seen as tempting but tricky low hanging fruit in efforts to address climate change : 14,800 times more damaging to the climate than carbon dioxide (CO2), easy to  substitute (primarily used in air conditioning and refrigeration) and cheap to destroy. Heck, best available technologies and maintenance practices can destroy 99.99 percent of HFC-23 emissions and chemical giants like Dupont, Honeywell and Arkema are all onboard to adopt these. But despite such attributes, progress in mitigating HFCs has been primarily stalled in India due to two main reasons; negotiation imperatives to stick to UNFCCC as a forum for HFCs and internal dynamics of bureaucracy and industrial lobbies.

India has been amongst the top ten HFC producers and produces around 13,500 metric tons of CO2 equivalent HFC every year (2008 figures). Up till now, it has vigorously defended its stance against using the Montreal Protocol(MP) to address the HFCs. India has instead insisted that HFCs be dealt under the purview of the UNFCCC as although HFCs are super-potent heat-trapping chemicals and harm the climate, they do not specifically damage the ozone, a fact specific to gases under the Montreal Protocol. As a result, India contends that the inclusion of HFCs in the Montreal Protocol, a legally binding agreement, is void of any legal grounds and will damage the status of the UNFCCC.

India’s hesitance is driven by domestic economic and political factors. First, the government has close ties to the hydroflouro industry and a very strong F-gas lobby . The HFC refrigeration industry has also greatly benefited from the UN’s Clean Development Mechanism and already earned millions of euros for HFC-23 offsets. However, due to massive volumes of HFCs still being emitted and claims that that larger emitters have held the mechanism hostage, the European Emissions Trading Scheme (the world’s largest carbon market) – has banned the trade of HFC-23. This has led to the collapse of the HFC-23 credit market. Second, India’s HFC emitting industries argue that the Montreal Protocol, which requires the industries to transition to newer (and proprietary) mitigation technologies is a ploy by developed countries (and their industries) to gain access into their much desired market. Lastly, India contends that  the cost sharing mechanism in the  Montreal Protocol will not cover the investments India would have to make to adapt to newer technologies. As a result, it preferes to stick with the UNFCCC and support its principle of “common but differentiated responsibility” (where developed countries pay for costly technology transfers).

On the political side, bureaucratic inertia and disagreements within the government have also led to lukewarm responses to any new initiatives. Most inside the Indian cabinet view recent pressure exerted by the US for action on HFCs as against India’s interests. The Indian cabinet has previously voted against the use of the Montreal Protocol for handling HFC negotiations and the Ministry of External Affairs and the Ministry of Environment particularly dislike the idea. Even before PM Manmohan Singh met with president Obama at the end of September, Indian negotiators insisted on bilateral talks on the issue rather than multilateral agreements.

However, the tide has shifted within the last month as President Obama has taken up HFC emission reductions as a strategic objective and invested substantial political capital in addressing it. But the Indian position was weakened when New Delhi signed the recent G20 communiqué that welcomed bringing mitigation of HFC emissions under the Montreal Protocol. Expectedly, after PM Singh’s meeting with President Obama, both countries have decided on a joint task force that will address HFCs and pave the way for the Montreal Protocol. It is expected that India will develop HFC negotiation plans under both the UNFCCC and the Montreal Protocol but will start preparing more seriously for the Montreal Protocol scenario. Whether this HFC task force manages to come up with a report agreeable to both is still to be seen but such a report will pave the way for HFCs to be on the agenda this November when the annual Montreal Protocol member meeting kicks off. This roadmap appears to be realistic and also give some time for PM Singh to address domestic politics and avoid the embarrassment of agreeing to something the Union cabinet had already voted against. 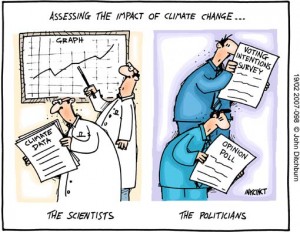 The diplomatic pathway is now clearer. There is cause for guarded optimism that we may finally see a snowball effect and get the remaining major HFC emitters onboard the Montreal Protocol. While the calculus for India’s acceptance is greatly shaped by its internal dynamics, there are positive signs that the momentum is shifting, partly as a result of global politics and partly as a result of real demand for the energy efficient and environment friendly cooling from the burgeoning middle class.