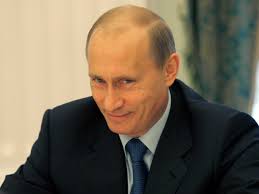 In an effort to build more interest for the Major Economies and Climate Change presentation on April 22nd, 2014, I will outline some of the basic findings and policy recommendations coming from the Renewable Energy section of the Energy Production Report. Previous findings and recommendations from the coal power section of the paper can be found here. Background information is available here and here. The following will highlight key findings of renewable technologies in the three of the top five emitting countries in the energy production sector – Russia, India, and China. A future post will discuss findings from the EU.

Russia is unlikely to scale up renewable energy projects in the short to medium term.

While former president Medvedev has expressed some interest in building up renewable energy capacity, actually pursuing a course of building a large scale renewable portfolio would be a hard sell to Russian voters. The Russian economy depends heavily on fossil fuel exports, and fossil fuels make up the bulk of domestic energy production. Russian energy consumers are incredibly sensitive to electricity price increases, and expect low prices, because the government has long played a role in mitigating price volatility. While on the global scale, many major economies are racing ahead to develop renewable technologies, Russia is lagging behind.

India has considerable potential for scaling up renewable energy, but faces difficulties.

The result of India’s very decentralized and scattered approach to expanding renewable technologies has been that some areas have made significant progress. Other areas, particularly Jammu Kashmir and Himachal Pradesh, have fallen behind centrally located states. While private investment has driven much of the growth of renewable technologies, government policies have limited the extent to which renewable technologies have disseminated in India. Domestic content requirements for renewable technologies mean that certain products are more expensive than if they were merely imported from abroad. For example, Indian regulations stipulate that renewable projects use 100% of the locally produced cells and modules content in solar panels and require 30% local content in all plants and installations for a thermal project. This protectionist strategy has hobbled the expansion of renewables by raising their price. [1]

Streamlining existing policies and perhaps centralizing the decision making process with respect to renewable technologies seems like a fruitful path forward for India. Developing a domestic renewable industry may be a laudable goal, but it is coming at a price, by slowing the deployment of renewable technologies. The Indian government should reconsider its protectionist strategy if it is to prioritize climate change objectives.

Renewable sources of energy are disproportionately located in China’s northern provinces. Poor grid interconnections between northern and southern regions limit the ability of utility companies to transfer power to heavily developed industrial centers closer to the coast. The Chinese government is striving to overcome this technical barrier, but progress will be slow.

Part of the problem is that even if grid interconnections improve, rigid market structures create a disincentive to investment in renewable technologies. Long term contracts govern the bulk (around 80%) of the trading that does occur between provinces and regions. Multi-year forecasts form the basis for which regions and provinces set the quantity and price at which they trade. Because long-term contracts form the basis of the market, even if electricity-importing provinces have developed enough generation capacity over the year to meet demand, they must still receive electricity because of a prior agreement. As a result, the province must sell the surplus capacity to another region by significantly lowering its export prices, thus creating large inefficiencies within the electricity market. Essentially, the long-term contracts diminish the incentives to expand the renewable portfolio because they almost guarantee a loss (or at least not the full benefit) to provinces with an energy surplus, and discourage expansion in other provinces because they know they can purchase cheap electricity from a province with a surplus.

The Chinese government is already investing in expanding grid capacity, so the next step logical step should be to relax rigid market structures which reduce incentives for investment in renewable technologies. There are two critical steps the Chinese government should take: First, reduce the length of electricity contracts, and second, get rid of the practice of long-term planning in electricity markets.

The barriers I have highlighted above are by no means the only barriers in Russia, India, or China. However, they seem to be some of the more salient barriers from a climate change perspective. Stay tuned for more posts if you’d like to learn more, and stop by the presentation at the LBJ School on April 22nd if you get a chance!