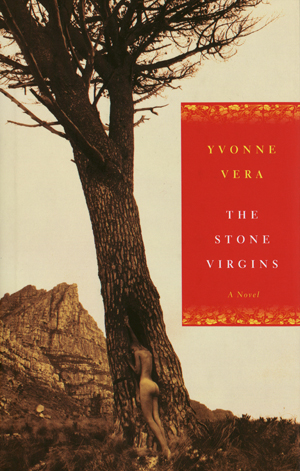 Even though HIV/AIDS has been influencing American cultural production since the 1980s, only in the last ten years or so has the Ransom Center begun to acquire collections with materials documenting the effects of the pandemic.

One recent acquisition that highlights the consequences of the disease on African literature is the Charles R. Larson collection of African and African-American literature. Larson is a professor of literature at American University, as well as a writer and editor. His papers include correspondence and manuscripts by Yvonne Vera (1964–2005), the prolific Zimbabwean novelist and short story writer who died of AIDS in 2005.

During her lifetime, she published five novels, a short story collection, and an edited anthology of African women’s writing. Vera’s novel Under the Tongue (1996) won the 1997 Commonwealth Writers’ Prize (Africa region) for best novel, and her last published novel, The Stone Virgins (2002), won the Macmillan Writer’s Prize for Africa for best unpublished manuscript. She moved back to Zimbabwe in 1995 and served as Director of the National Gallery in Bulawayo from 1997 until 2003.

The Larson collection contains important correspondence between Charles Larson and John Jose, Vera’s husband, regarding her life and work. At the time of her death, Vera was working on a novel called Obedience, which remains unpublished. The novel was written before she returned to Canada in 2004, and the fragmented manuscript and deteriorating quality of her writing reflect the AIDS-related cognitive difficulties she was experiencing at the time. The Larson papers contain drafts of the manuscript, as well as notes by Jose about Vera’s planned revisions.

Vera’s death and the work she left behind are reminders of the literary cost of the AIDS pandemic in Zimbabwe and southern Africa, in particular, as well as worldwide.